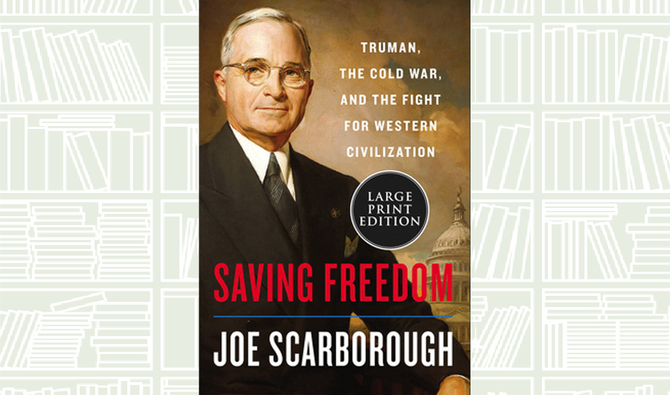 Scarborough brings a deft touch to his storytelling and analysis of Harry Truman’s foreign policy successes.

“He translates this well to the challenges that remain now for a new American administration,” said a review in goodreads.com.

“The story of the passage of the Truman doctrine is an inspiring tale of American leadership, bipartisan unity, and courage in the face of an antidemocratic threat,” i added.

Saving Freedom highlights a pivotal moment of the 20th Century, a turning point where patriotic Americans worked together to defeat tyranny.

Truman had been vice president for less than three months when then-President Franklin Roosevelt died. Suddenly inaugurated the leader of the free world, the plainspoken Truman candidly told reporters he, “felt like the moon, the stars, and all the planets had fallen on me.”

Talking to Strangers by Malcolm Gladwell