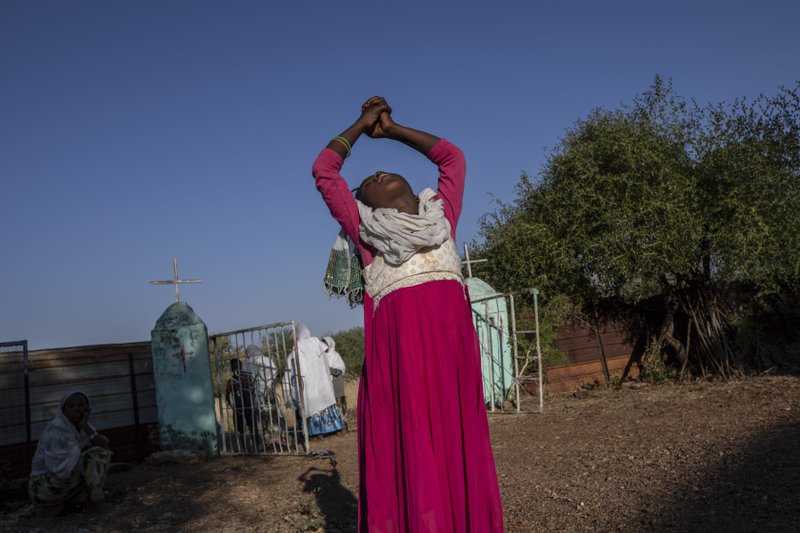 The fugitive leader of Ethiopia´s defiant Tigray region on Monday called on Prime Minister Abiy Ahmed to "stop the madness" and withdraw troops from the region as he asserted that fighting continues "on every front" two days after Abiy declared victory.

Debretsion Gebremichael, in a phone interview with The Associated Press, said he remains near the Tigray capital, Mekele, which the Ethiopian army on Saturday said it now controlled. Far from accepting Abiy´s declaration of victory, the Tigray leader asserted that "we are sure we´ll win."

He also accused the Ethiopian forces of carrying out a "genocidal campaign" against the Tigray people. With the Tigray region still cut off a month after the fighting began, no one knows how many people have been killed, and it's difficult to verify the warring sides' claims.

Each government regards the other as illegal after Abiy sidelined the once-dominant Tigray People's Liberation Front after taking office in early 2018.

The fight is about self-determination of the region of some 6 million people, the Tigray leader said, and it "will continue until the invaders are out." He asserted that his forces held an undetermined number of "captives" among the Ethiopian forces, including the pilot of a fighter jet that his side claims to have shot down over the weekend.

The Tigray leader also asserted that his forces still have several missiles and "we can use them whenever we want," though he rejected a question about striking at the Ethiopian capital, Addis Ababa, saying the primary aim is to "clear Tigray from the invaders." He again accused Abiy of collaborating with neighboring Eritrea in the offensive in Tigray, something Abiy´s government has denied.

As for the idea of talks with Abiy´s government, something Abiy´s government has repeatedly rejected, the Tigray leader said that "depends on the content" and Ethiopian forces would first have to leave the region.

"Civilian casualties are so high," he said, though denied having any estimate of the toll. He accused Ethiopian forces of "looting wherever they go."

"The suffering is greater and greater every day," he said, calling it collective punishment against the Tigray people for their belief in their leaders.

Nearly a month of fighting between Ethiopian federal forces and Tigray regional ones has threatened to destabilize Ethiopia, the linchpin of the strategic Horn of Africa, and its neighbors.

Hospitals and health centers in the Tigray region are running "dangerously low" on supplies to care for the wounded, the International Committee of the Red Cross said Sunday. Food is also running low, the result of the region being cut off from outside aid for almost a month.

In a rare report from inside Mekele, the ICRC also said a major hospital in northern Ethiopia, Ayder Referral Hospital, is lacking body bags and some 80% of its patients have trauma injuries.

Fears of a widespread humanitarian disaster are growing. The UN has been unable to access the Tigray region with aid. Human rights groups and others worry about the atrocities that might emerge once transport and other links are restored.

Nearly 1 million people have been displaced, including about 44,000 who fled into Sudan. Camps in Tigray that are home to 96,000 Eritrean refugees have been in the line of fire.

"We need first and foremost access" to Tigray, UN refugee chief Filippo Grandi said Sunday, adding that his UN colleagues in Addis Ababa are in discussions with the government there. Abiy´s government has promised a "humanitarian corridor" managed by itself, but the UN has stressed the importance of neutrality.