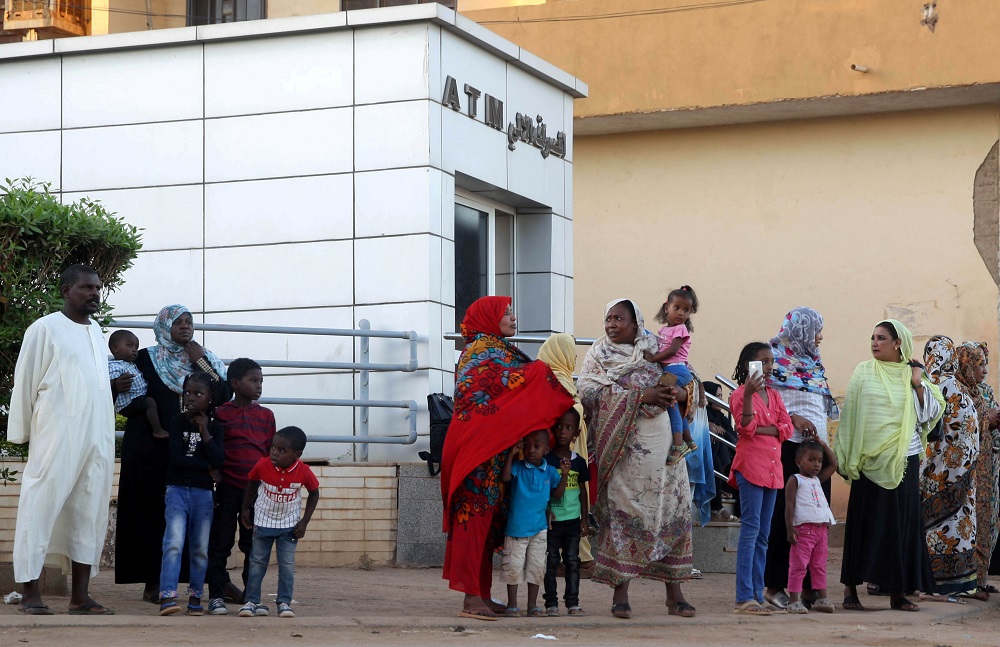 Inflation in Sudan has risen to one of the highest levels in the world, and the country risks slipping into hyperinflation unless it gets its budget deficit and money supply under control, economists say.

The runaway prices have worsened an economic crisis for millions of ordinary Sudanese and imperiled a political transition under a military-civilian power sharing deal.

The government has run up enormous budget deficits by subsidizing the cost of fuel, it then financed the deficits by printing money.

This has debased the currency, weakening it against other currencies and driving inflation up to annual 230 percent in October, according to the state statistics bureau.

The skyrocketing prices have led many consumers to spend their salaries quickly, particularly on durable items that hold their value.

Reuters quoted Idrees Abdelmoniem, who works in marketing at an engineering company in Khartoum, as saying that he had snapped up car spare parts and furniture but was not as quick with food and drink, whose prices were not increasing as fast.

“If I have something I want to buy outside of the monthly house supplies, I buy it as soon as I get money, and I won’t even try to haggle because tomorrow it could be double the price,” he said.

Central bank figures show the scale of money printing by the authorities with the M2 money supply measure increasing by over 50 percent in the year to end-September. In September alone M2 rose by 7.13 percent.

He placed Sudan among the five countries with the highest inflation.

“It’s pretty scary,” he said, adding that it was hard to predict what direction inflation would go from here.

A US decision to remove Sudan from its list of state sponsors of terrorism has provided little immediate relief from the economic crisis and the country has turned to the International Monetary Fund (IMF) for help.

Sudan is counting on a reform program drawn up with the lender to help get control of the deficit, exacerbated by decades of US economic sanctions and by economic mismanagement under President Omar al-Bashir, who was ousted in a popular uprising in April 2019.

Gross domestic product (GDP) contracted by more than two percent in both 2018 and 2019 and is expected to shrink another 8.5 percent in 2020 after being walloped by the coronavirus pandemic, Sudan told the IMF in September.

The one-year staff-monitored program signed with the IMF commits the transitional government to reforming energy subsidies and reducing government borrowing from the central bank, among other reforms.

The program is designed to provide a track record that would qualify Sudan for debt relief from its official creditors.

“The issue of hyperinflation is real, and it requires serious attention,” said Ibrahim Elbadawi, who stepped down as Sudan’s finance minister in July.

“The starting point should be the subsidies because that will have unquestionable implications for the government’s finances.”

The government this year began allowing private companies to import petrol and diesel at near-market prices and has gradually reduced the number of stations where subsidized fuel is sold.

In October, it doubled the price of locally produced petrol to 56 Sudanese pounds per liter, still among the lowest levels in the world. It says it stopped subsidizing petrol and diesel altogether as of September.

The reforms should reduce fuel subsidies to 2.2 percent this year, the IMF said, but imported fuel will further stretch people’s resources as a collapsing currency pushes up its local price.

This week one US dollar bought 255 Sudanese pounds on the black market, up from about 85 pounds a year ago. At the official rate, a dollar fetches 55 pounds.

Hamdok returns to Khartoum after an unofficial visit to the Emirates