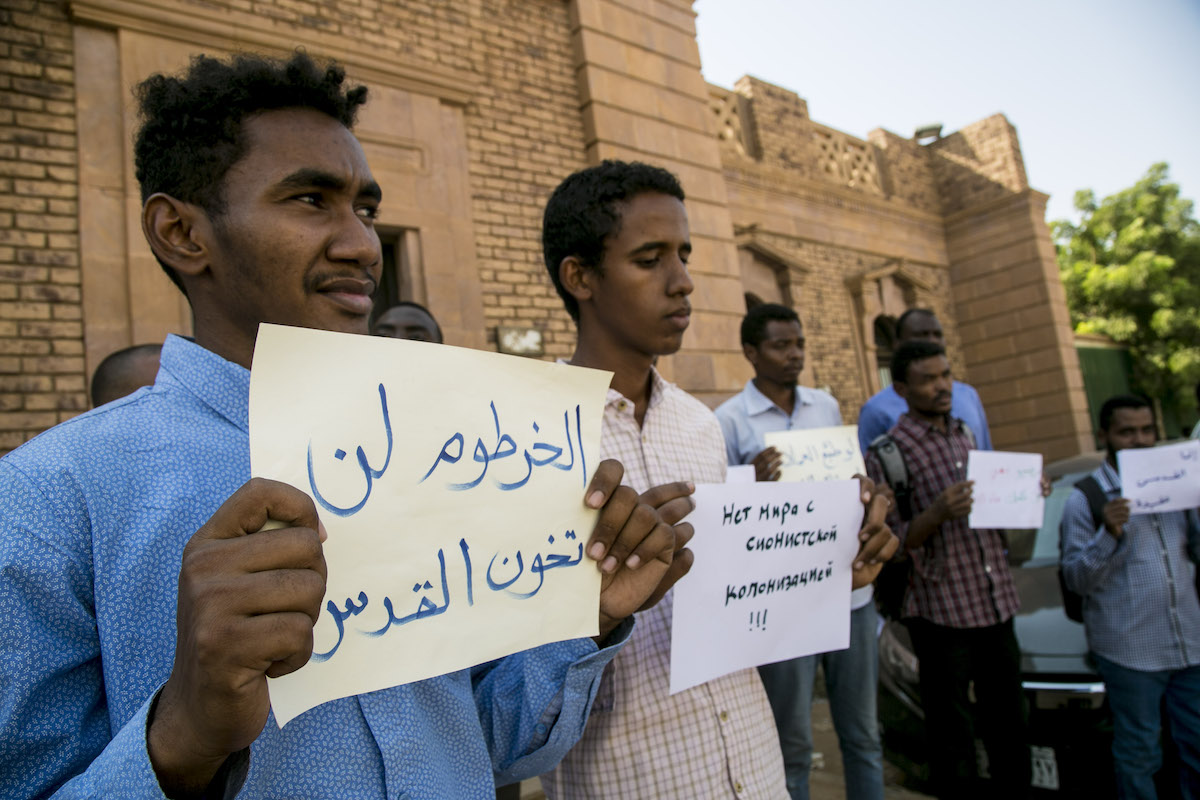 In an interview with the Arabic news website Hikayat, the youngest member and spokesperson for the Sudanese Transitional Sovereignty Council, Mohammad Al-Fiki Suleiman, said: "It was a delegation of a military character and nothing more."

Meanwhile, the Arab News reported Al-Fiki saying that the visit was of a military nature and did not include political discussions. The Israeli military delegation met with its Sudanese counterpart, he explained.

"In addition to the Foreign Ministry, all of the civil and military members of the Sovereign Council are partners in the normalisation issue" with Israel, he explained.

Sudan followed the United Arab Emirates and Bahrain in becoming the third Arab government to engage Israel with the encouragement of Washington, which sees such contacts as helping to isolate Iran and sidestep stalled Palestinian statehood talks.

The Israel-Sudan normalisation deal, which was announced on 23 October, has yet to be formally signed and requires parliamentary approval.

India to give homegrown vaccine in seven more states this week