Trump will run for the presidency of America after 4 years 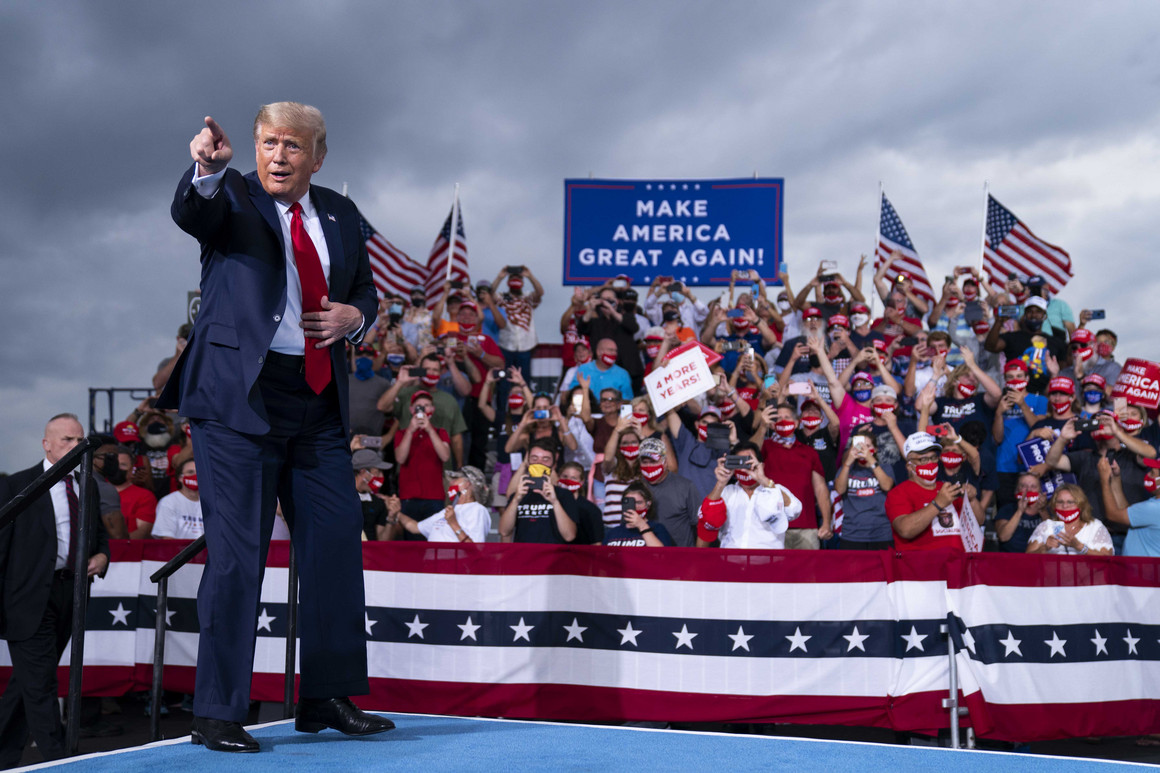 A Russian newspaper expects that the losing US President, Donald Trump, will return to the election race after four years.

The Russian "Vzgliad" newspaper reported that despite the difficult situation Trump is going through from the courts' rejection of his objections, and his neglect by leaders in the Republican Party who refused to walk with him to disrupt the transition process, the president's most controversial matters do not seem so bad.

The newspaper added, "Trump's game in major politics is not completely over yet. At the very least, he will retain very serious influence in the Republican Party, enabling him to prepare well for the upcoming elections after four years."

She added, "Sociology unexpectedly began to speak in favor of the president, who had previously been considered an" electoral coincidence "and a" systemic failure. "Although most Americans believe that Trump should hand over power to Biden, surprising things are beginning to emerge.

For example, only 3 percent of voters for Trump, who is still president, consider Biden a legitimate victory. And 72 percent said; They will continue to support Trump personally, not the party, if he suddenly decides to withdraw from him.

According to another poll, 47 percent of Americans support Trump's candidacy in the 2024 elections, which is similar to the level of support in the best months of his presidency. Rather, this is the opinion of 75 percent of Republican supporters, who cannot be questioned with an implicit intention to "let them drop it again," according to the Russian newspaper.

The newspaper said; That "if Trump really decides to take revenge, he will easily cross the primary, according to the results of the third opinion poll. Now, 53 percent of American conservatives are ready to vote for him, compared to 12 percent for Vice President Michael Pence. On the list of potential candidates is Trump's son." In third place. "

The "China Daily" newspaper: The discovery of the new Corona strain in China, coming from Britain

China bails out Pakistan for repayment of debt to Saudi Arabia