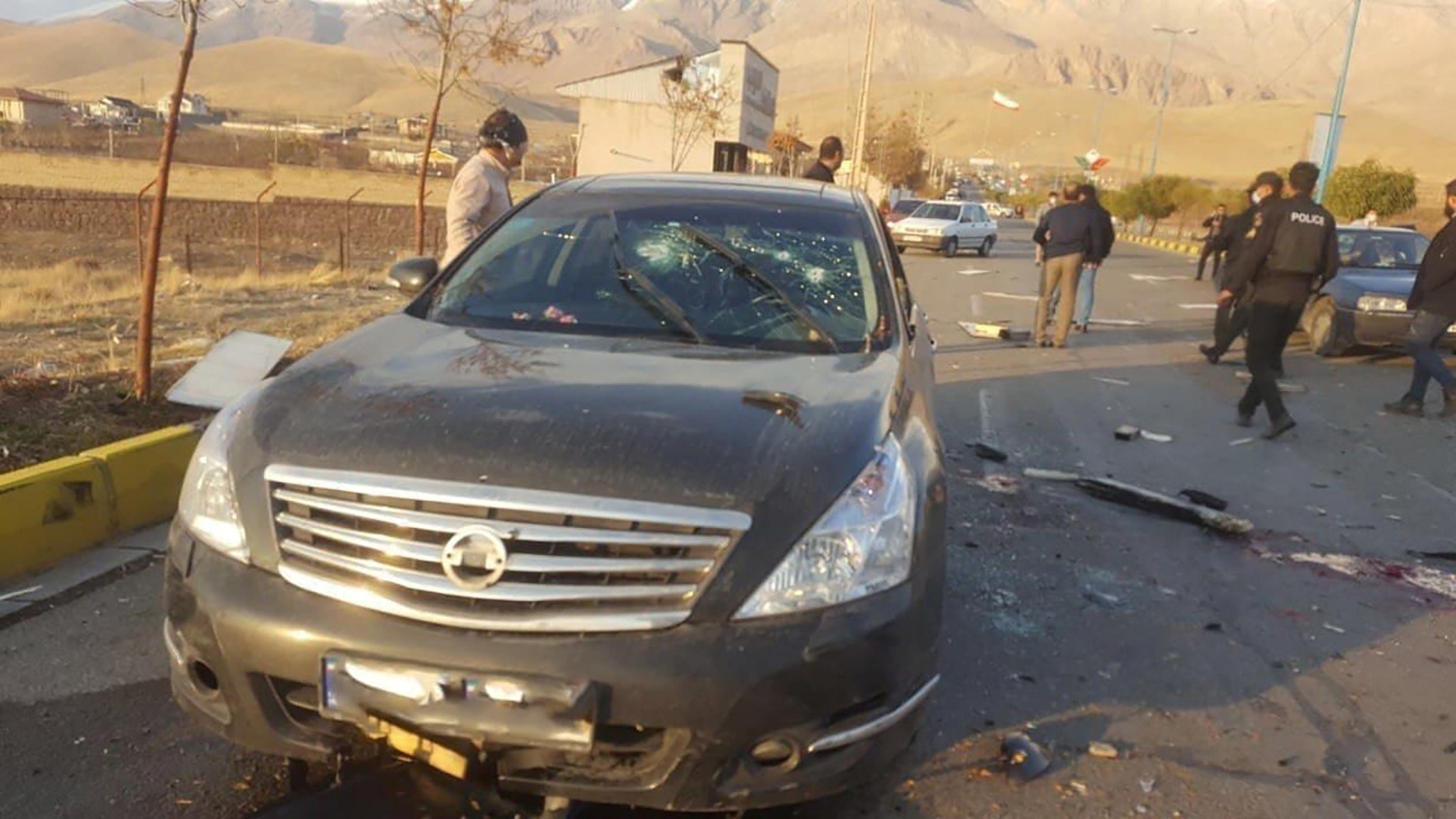 An Iranian scientist long suspected by the West of masterminding a secret nuclear bomb program was killed in an ambush near Tehran on Friday that could provoke confrontation between Iran and its foes in the last weeks of Donald Trump’s presidency.

The military adviser to Iranian Supreme Leader Ali Khamenei blamed Israel for the assassination of Mohsen Fakhrizadeh, and vowed to retaliate for his killing.

“In the last days of the political life of their ... ally (Trump), the Zionists seek to intensify pressure on Iran and create a full-blown war,” Hossein Dehgan tweeted.

“We will strike as thunder at the killers of this oppressed martyr and will make them regret their action.”

Fakhrizadeh died of injuries in hospital after armed assassins fired on his car, Iranian state media reported. There was no immediate claim of responsibility for the attack.

Fakhrizadeh has been described by Western and Israeli intelligence services for years as the leader of a covert atomic bomb program halted in 2003, which Israel and the United States accuse Tehran of trying to restore in secret. Iran has long denied seeking to weaponize nuclear energy.

“Unfortunately, the medical team did not succeed in reviving (Fakhrizadeh), and a few minutes ago, this manager and scientist achieved the high status of martyrdom after years of effort and struggle,” Iran’s armed forces said in a statement carried by state media.

The semi-official news agency Tasnim said “terrorists blew up another car” before firing on a vehicle carrying Fakhrizadeh and his bodyguards in an ambush outside the capital.

Regardless of who was responsible for the attack, it is certain to escalate tension between Iran and the United States in the final weeks of Trump’s US presidency.

Trump, who lost his re-election bid on Nov. 3 and leaves office on Jan. 20, has repeatedly accused Iran of secretly seeking nuclear weapons. Trump pulled the United States out of a deal under which sanctions on Iran were lifted in return for curbs on its nuclear program. Biden has said he would restore it.

A US official confirmed earlier this month that Trump had asked military aides for a plan for a possible strike on Iran. Trump decided against it at that time because of the risk it could provoke an uncontrollable wider Middle East conflict.

Last January, a US drone strike in Iraq killed Qassem Soleimani, Iran’s most powerful military commander. Iran retaliated for that attack by firing missiles at a US base in Iraq, the closest the two foes have come to war in decades.

Fakhrizadeh is thought to have headed what the UN nuclear watchdog and US intelligence services believe was a coordinated nuclear weapons program in Iran, shelved in 2003.

He was the only Iranian scientist named in the International Atomic Energy Agency’s 2015 “final assessment” of open questions about Iran’s nuclear program. The IAEA’s report said he oversaw activities “in support of a possible military dimension to (Iran’s) nuclear program”.

He was a central figure in a presentation by Netanyahu in 2018 accusing Iran of continuing to seek nuclear weapons.

“Remember that name, Fakhrizadeh,” Netanyahu said at the time.