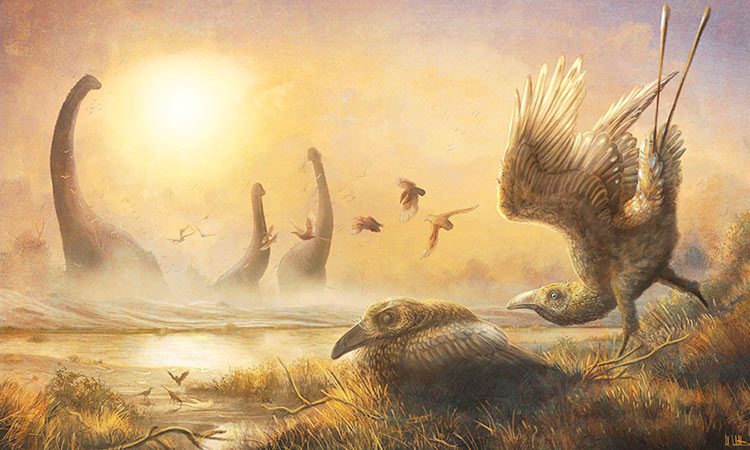 The discovery of a creature described as resembling a "buck-toothed toucan" that lived some 68 million years ago has upended assumptions about diversity in the birds that lived alongside dinosaurs.

Scientists on Wednesday said the bird, called Falcatakely forsterae, possessed a face unlike any other known bird from the age of dinosaurs - the Mesozoic Era — not only because of the beak shape but because of its underlying anatomy.

Its beak looked superficially like that of a small toucan though the two species are not closely related. While modern birds exhibit a great variety of beak shapes - from the sword-billed hummingbird to the rhinoceros hornbill - little such diversity had been discovered among Mesozoic birds.

Falcatakely's 3.5-inch (9-cm) skull remains partially embedded in rock because the scientists did not want to risk harming it. Instead they analyzed it using sophisticated scanning and digital reconstruction. Only its skull was found.

"Bird fossils are particularly rare in part because they have such delicate skeletons. Hollow bones aren't great at surviving the fossilization process," added paleontologist and study co-author Alan Turner of Stony Brook University in New York. 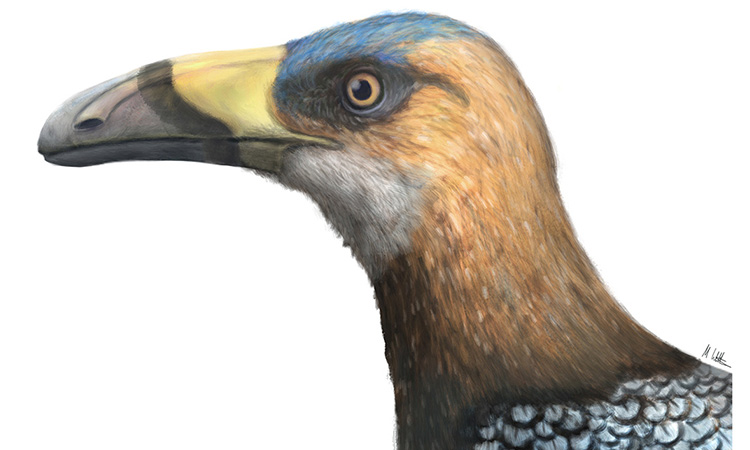 "Because of this, we need to be aware that we are probably under-sampling the Mesozoic diversity of birds. A newly discovered species like Falcatakely provides a taste of the tantalizing possibility of a greater diversity of form waiting to be discovered," Turner said.

Birds evolved from small feathered dinosaurs about 150 million years ago. Early birds retained many ancestral features including teeth. The Falcatakely fossil has a single conical tooth in the front part of the upper jaw. Falcatakely probably had a small number of teeth in life.

Read More: Mayflower 400: the science of sailing across the ocean in 1620

It belonged to an avian group, enantiornithines, that did not survive the mass extinction event 66 million years ago, ending the Cretaceous Period.

"Unlike the earliest birds such as Archaeopteryx, which in many ways still looked dinosaurian with their long tails and unspecialized snouts, enantiornithines like Falcatakely would have looked relatively modern," Turner said.

It was in the underlying skeletal structure where its differences were more apparent, O'Connor added, with more similarities to Dinosaurs like Velociraptor than modern birds.