World Scrambles for Vaccine Deals as COVID Infections Near 60 Million

Countries around the world are scrambling to finalize vaccine deals as the global number of coronavirus infections approached 60 million on Wednesday, scientists urged caution and US officials pleaded with Americans to stay home over Thanksgiving.

The holiday weekend is expected to fuel a surge of infections in the United States, which leads the world with soaring COVID-19 infections and the daily toll on Tuesday climbing above 2,000, the highest 24-hour tally since early May.

Hopes for a successful vaccine, boosted by Pfizer, AstraZenica and Moderna, have boosted world stock markets.

But an approved vaccine is unlikely to be widely available for months while scientists insist on the continued need for vigilance as politicians seek to relax curbs for Christmas amid a second wave of the pandemic.

Germany on Wednesday reported a record 410 COVID-19 deaths in the last 24 hours, before its 16 federal state leaders and Chancellor Angela Merkel meet on Wednesday to discuss easing restrictions for the Christmas and New Year holidays. 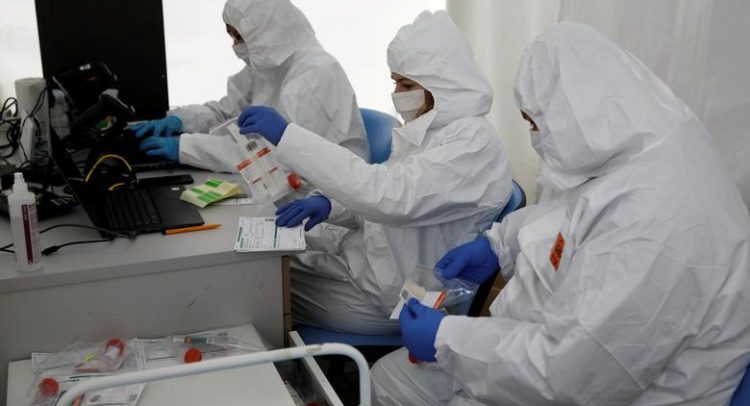 Italy reported 853 deaths related to COVID-19 on Tuesday, soaring from 630 the day before and the highest daily toll since March 28. But new infections and the number of people in hospital with the virus in France dropped sharply as a national lockdown went into its fourth week.

French President Emmanuel Macron said on Tuesday a vaccine could start being administered by the end of the year.

“We will very likely, and pending authorization by health authorities, start vaccination of the most vulnerable populations, hence the elderly, as soon as the end of December, early January,” he said in a televised address.

Air France-KLM is among airlines gearing up for the challenge of transporting millions of doses of temperature-sensitive COVID-19 vaccines.

Macron said France will start easing its COVID-19 lockdown this weekend so that by Christmas, shops, theaters and cinemas will reopen and people can spend the holiday with their families.

The four nations of the United Kingdom, which have devised their own pandemic policies until now, agreed to relax restrictions for Christmas to allow up to three households to meet at home for five days. 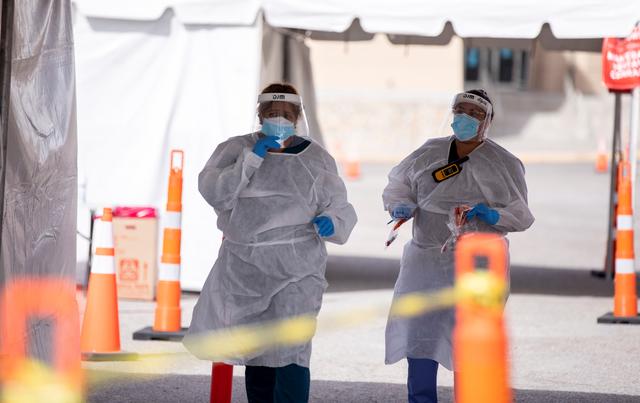 “We must learn from the summer and not repeat the same mistakes,” she told the European Parliament. “Relaxing too fast and too much is a risk for a third wave after Christmas.”

US President-elect Joe Biden will give a speech on Wednesday highlighting the challenges facing Americans as Thanksgiving approaches, challenges incumbent President Donald Trump has repeatedly failed to address over the last year and into the final days of his tenure.

The United States has the world’s highest COVID death toll at nearly 260,000, with more than 1.4 million infections.

Biden will aim to encourage Americans and focus on the sacrifices they are making, his office said, as officials across the country pleaded with people to stay home and avoid large gatherings.

The US caseload has taxed healthcare providers, filled hospitals and strained other medical resources as 171,000 Americans test positive and another 1,500 or more die from COVID-19 every day on average.

US Surgeon General Jerome Adams urged the public to grasp “the severity of the moment” and remain diligent in wearing masks, avoiding crowds and washing hands until newly developed therapeutics and vaccines are available.

“We just need you, the American people, to hold on a little bit longer,” Adams told Fox News in an interview.

UK variant could be less infectious than first thought