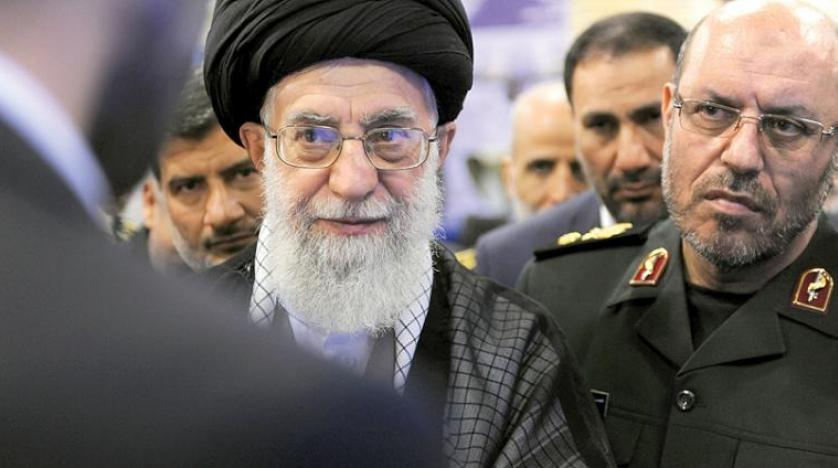 A military adviser to Iran’s Supreme Leader Ali Khamenei has officially announced running for the presidential elections, scheduled for June 2021.

Iranian news agencies circulated on Tuesday a video recording in which Brigadier General Hossein Dehghan, a commander in Iran’s Revolutionary Guards Corps (IRGC), said he will run for the elections.

Khamenei has repeatedly stressed the importance of having a young president to run a revolutionary government.

Dehghan was the first to announce his candidacy to fill the post of the eighth Iranian president after the 1979 revolution, which toppled the Shah's regime.

The elected president will assume his duties after the incumbent’s second term ends in August 2021.

Few days before his announcement, Dehghan, who has been sanctioned by the US Treasury since November 2019, held an exclusive interview with the Associated Press in which he warned against any potential US attack on Tehran.

He said any negotiations with the West could not include Iran’s ballistic missiles, which he described as a “deterrent” to Tehran’s adversaries.

“The Iranian government will not negotiate its defensive power ... with anybody under any circumstances,” he stressed. “Missiles are a symbol of the massive potential that is in our experts, young people and industrial centers.”

Dehghan held several positions before being appointed as the Supreme Leader’s advisor for defense affairs in 2017.

He served as defense minister under former President Mahmoud Ahmadinejad and during President Hassan Rouhani's first term (2013-17) and as deputy to the then defense minister, Ali Shamkhani, during the presidency of Mohammad Khatami from 1997 till 2003.

The senior official described himself as a “nationalist” with “no conventional political tendency.”

Among former senior IRGC commanders to run in previous presidential elections are Mohammad-Bagher Ghalibaf, currently parliamentary speaker, and Mohsen Rezaei, secretary of the Expediency Council since 1997.

In the first response to Dehghan’s candidacy, former Minister of Culture and Information Ali Jannati tweeted that given the multiple problems facing the country, such as the sanctions, economic pressures and public discontent from living conditions, as well as the president’s limited powers to decide on foreign and domestic policies, “we must doubt the mental health of those who want to run for the presidential elections.”