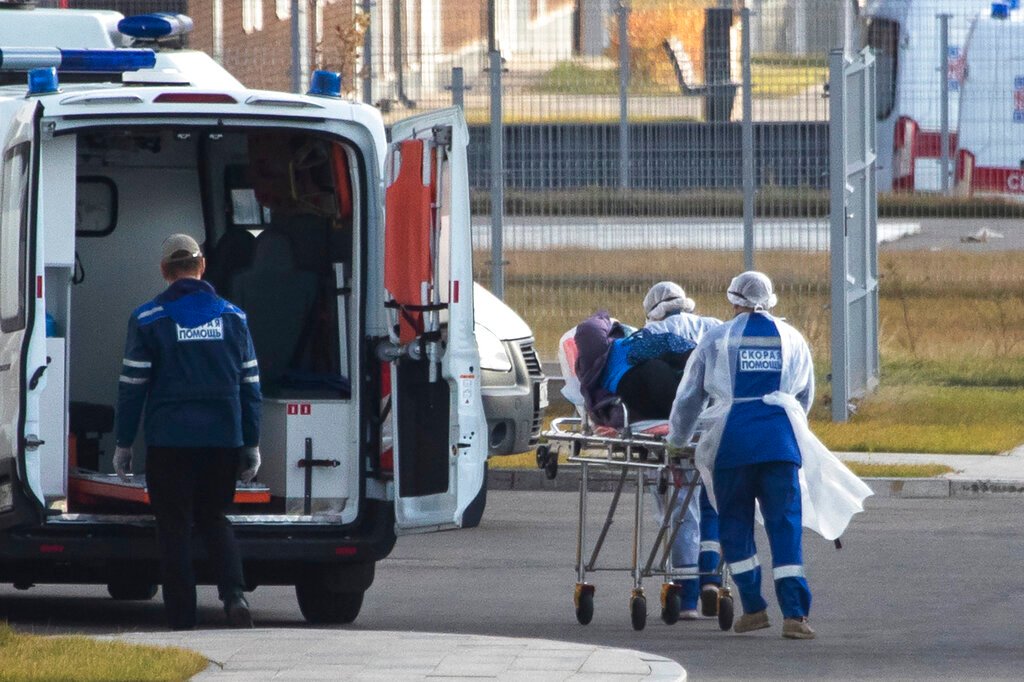 Mutations in the coronavirus are appearing in Siberia, the head of Russia's consumer health watchdog said on Tuesday, as the country reported a record daily high of 442 deaths from COVID-19.

"We see certain changes...in Siberia which allow us to assume that in this region it is forming its own version with specific mutations," Anna Popova, head of Rospotrebnadzor, was quoted as saying by news agencies.

Popova did not give details on how contagious or deadly the mutation was considered to be but said it would not make the virus more dangerous, Reuters reported.

Mutations of the coronavirus could not influence the vaccine's effectiveness, the Vector Institute's director general, Rinat Maksyutov, was quoted as saying by TASS.

A US study in September found little evidence that mutations in the virus have made it deadlier, saying that the severity of COVID-19, the disease caused by the virus, was more strongly linked to patients' underlying medical conditions and genetics.

Clinical trials of the vaccine, called EpiVacCorona, could now be carried out with volunteers over the age of 60, a state register showed and the institute's director said trials with children would begin in December, TASS reported.

A six-month Phase III trial started on Monday, involving 180 participants, according to the register.

In Moscow, Mayor Sergei Sobyanin extended a remote learning period for secondary school children from classes 6-11 by two more weeks to Dec. 6, a restriction he said had been effective in preventing the spread of the virus from young people to elderly relatives.

The city's health department said on Monday it had sent doctors to the Urals city of Yekaterinburg to help with the fight against COVID-19 there, something it did for other regions during the first wave of the virus in May.

With 1,971,013 infections since the start of the pandemic, Russia has the fifth largest number of cases in the world behind the United States, India, Brazil and France. Russia's national death toll stands at 33,931.