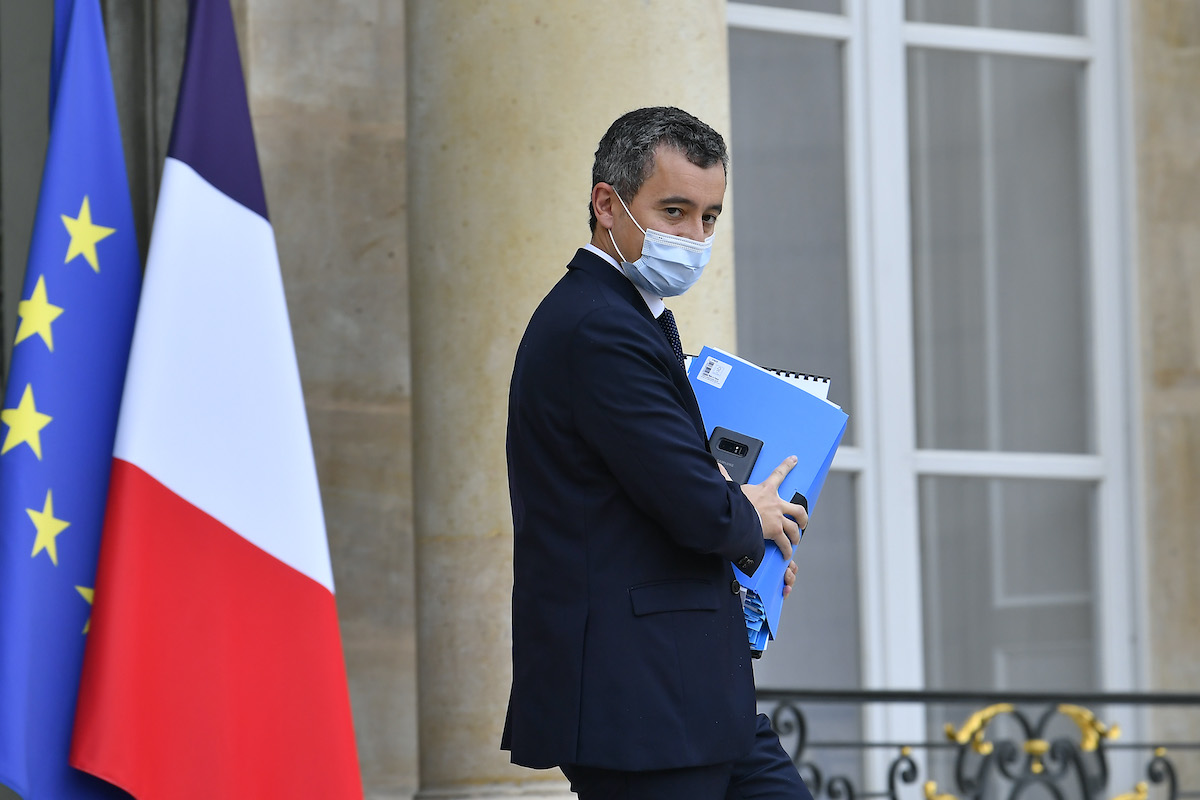 On Friday, Tunisian civil rights organisations called on European countries not to pressure the Tunisian government regarding the issue of irregular migrants and linking the file to “terrorism”.

This came in an open letter, of which Anadolu Agency received a copy, sent by the organisations to the French Interior Minister Gerald Darmanin, who arrived in Tunisia on Friday to discuss the issue of terrorism.

“European governments are exploiting the fear caused by the horrific crimes committed by terrorists to get rid of irregular migrants in defiance of law and justice,” the letter read.

The letter added: “Darmanin’s visit to Tunisia can have dangerous consequences on Tunisian immigrants in France, especially those awaiting the regularisation of their status.”

“The threats of the French minister’s visit should not be translated into new measures that aim to violate human rights and international agreements that protect migrants, refugees, and asylum seekers,” the letter stressed, rejecting: “Using the terrorist attacks to pressure the government to accept forcible extradition of migrants and open detention centres in Tunisia.”

The letter condemned the intention to inflict a collective punishment against the Tunisian diaspora, especially irregular migrants, through the intensification of forced collective expulsions from France and Italy.

On 29 October, a stabbing incident in Notre Dame Church in Nice resulted in three civilian fatalities, while the police announced the arrest of the attacker.

The French authorities stated that the first suspect in the attack on the church is a 21-year-old Tunisian man named Ibrahim El-Ouesawi, noting that he arrived illegally in Europe via the Italian island of Lampedusa on 20 September, and then to France 24 to 48 hours before the attack.

The decision was announced after a phone call that took place last Saturday between Macron and Tunisian President Kais Saied, who expressed solidarity with France following the terrorist acts.

The French presidency confirmed that the two presidents: “Discussed sensitive issues related to returning the Tunisians who are under obligation to leave the French territory, most notably those who are on the security list of the intelligence services.”

The rates of irregular migration from Tunisia have increased since the January 2011 revolution that toppled President Zine El Abidine Ben Ali, as boat migrants took advantage of loose border security at the time. However, these rates quickly decreased after the authorities tightened their grip on smuggling networks.

Months ago, Italy announced its intention to deport Tunisian migrants who illegally reached its territory.

According to the Italian authorities, Tunisians accounted for around 45 per cent of the illegal immigrants arriving in the country last July.