Trump Pitches 'Back to Normal' as Biden Warns of Tough Days 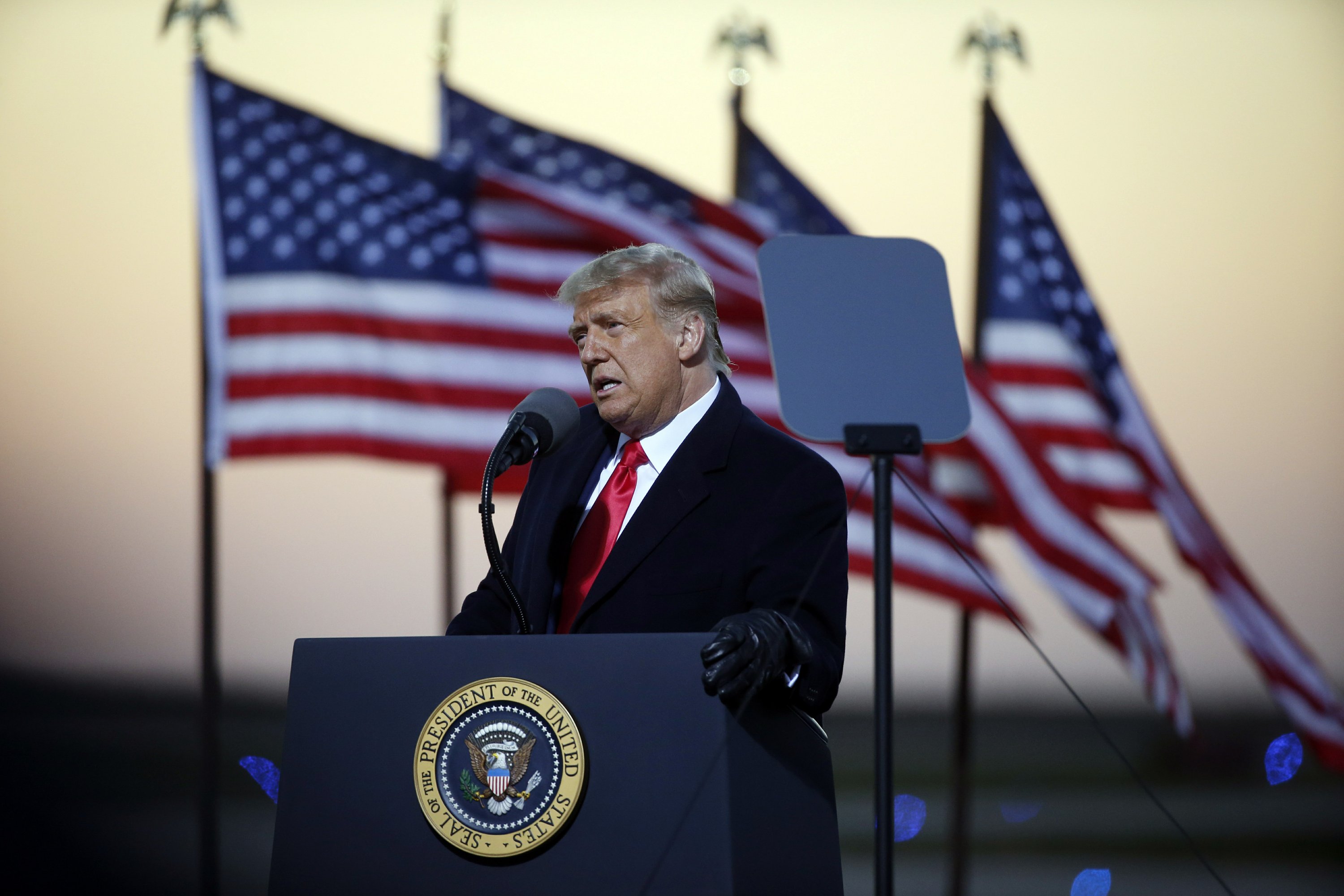 President Donald Trump dangled a promise to get a weary, fearful nation “back to normal” on Friday as he looked to campaign past the political damage of the devastating pandemic. It was a tantalizingly rosy pitch in sharp contrast to Democratic rival Joe Biden, who pledged to level with America about tough days still ahead after Tuesday’s election.

In a campaign that has been dominated by the COVID-19 pandemic that has killed more than 229,000 Americans and staggered the economy, the candidates’ clashing overtures stood as a reflection of their leadership styles and policy prescriptions for a suffering United States.

Trump and Biden both spent Friday crisscrossing the Midwest, the hardest-hit part of the nation in the latest surge of virus cases. Trump was in Michigan and Biden in Iowa before they both held events in Wisconsin and Minnesota.

With four days until the election and more than 86 million votes already cast, time is running out for Trump and Biden to change the contours of a race framed largely around the incumbent’s handling of the pandemic. Biden is leading most national polls and has a narrow advantage in many of the critical battlegrounds that could decide the race.

Trump, billing himself as an optimist, says the nation has “turned the corner” from the outbreak that still kills about 1,000 Americans each day. He speaks hopefully of coming treatments and potential vaccines that have yet to receive approval. Biden dismisses Trump’s talk as a siren song that can only prolong the virus, and pledges a nationwide focus on reinstituting measures meant to slow the spread of the disease.

Trump’s rallies, which draw thousands of supporters, have served as representations of the sort of “reopening” he has been preaching. With spotty use of masks and a lack of social distancing, they flout state and local guidelines that he deems too onerous as he speaks as though the virus has largely disappeared. 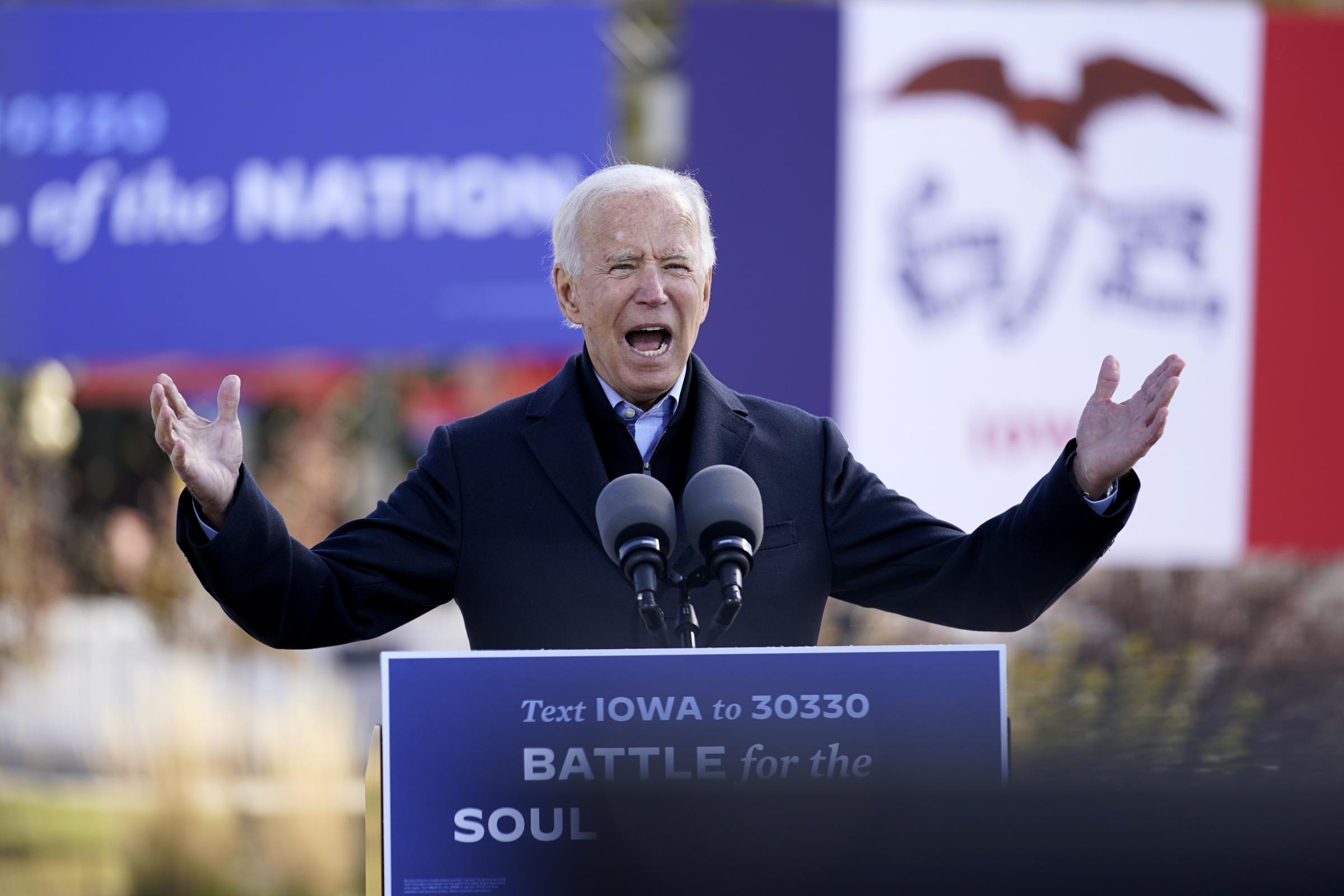 Trump and his aides speak openly about seeking the backing of those “fed up” by state restrictions, and he has encouraged chants among his supporters calling for the imprisonment of local officials who have instituted them. The president believes they represent part of a “silent majority” that will help him pull off another come-from-behind victory on Tuesday.

Biden, for his part, referenced Trump’s comments last summer that the virus “is what it is.” He told supporters in Des Moines, Iowa, that “it is what it is because he is who he is! These guys are something else, man.”

Biden, who also campaigned in Milwaukee and St. Paul, Minnesota, on Friday, has seized on comments by Trump's chief of staff that the virus can't be controlled and that the administration is focused instead on vaccines and therapeutics. By contrast, Biden is promising to step up the fight to contain the spread, including a mask mandate on federal property and pressure on governors to apply it in their states, and pledging to follow the advice of public health professionals on potentially strict safety rules.

Still, Biden appeared sensitive to Trump's closing cry that the Democrat would impose draconian measures more damaging than the virus itself.

Biden told about two dozen supporters at a Milwaukee Mitchell International Airport, “The fact is, we’re now in a situation where this president is in a position that he doesn’t know what he’s doing.” 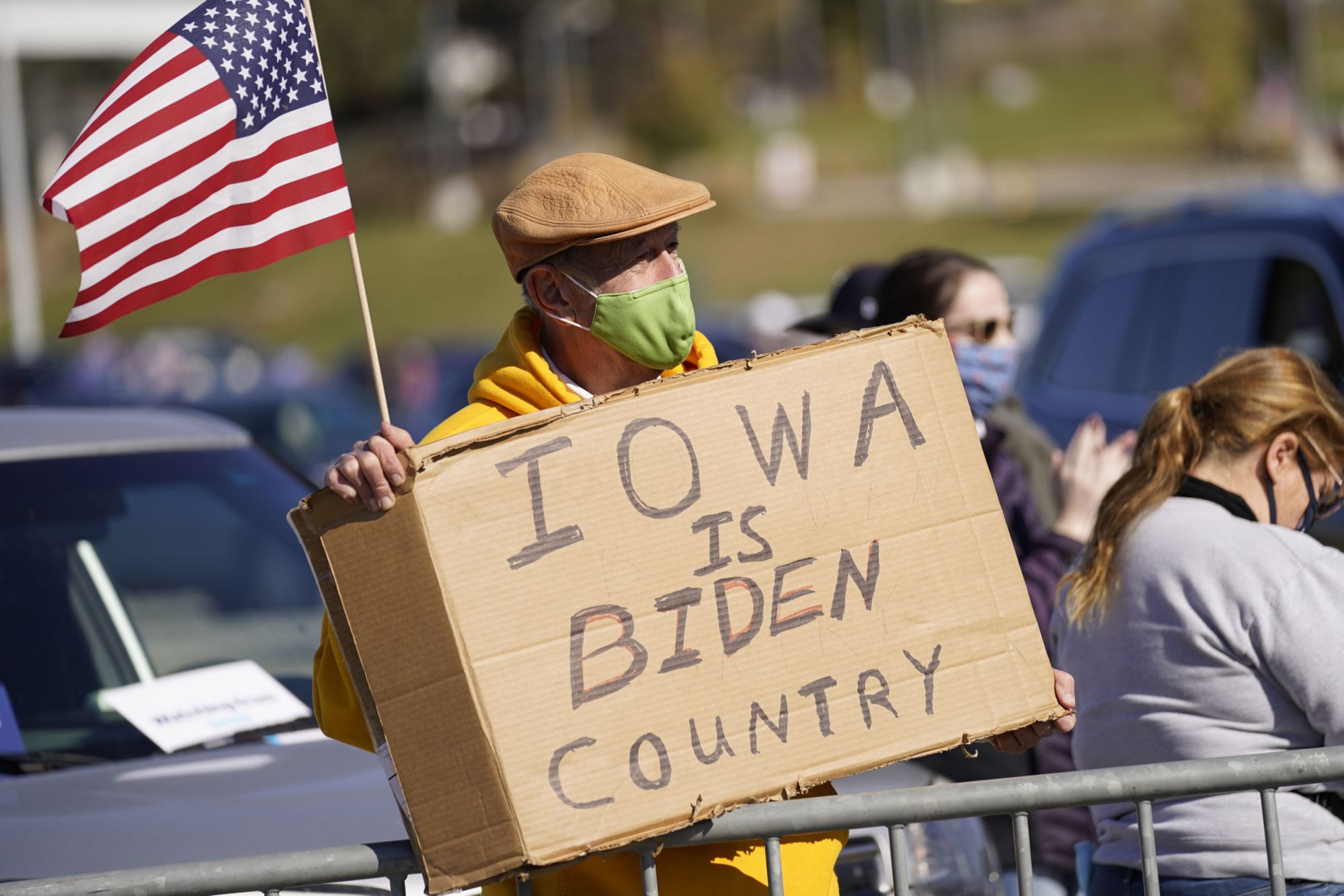 Trump’s closing appeal to “Make America Great Again, Again” paints a bright image of the nation ‘s condition during pre-coronavirus times that contrasts with Biden’s charge to "Build Back Better.” The president’s focus on returning the nation’s economy to the boom times of 2019 resonates with some voters, but overlooks the divided and rancorous politics that swirled around impeachment and the persistent problems of inequality.

As the nation set new records for confirmed cases, Wall Street closed out a punishing week Friday with the S&P 500 posting its first back-to-back monthly loss since the pandemic first gripped the economy in March.

Friday marked the beginning of the critical final stretch before the election. Trump’s closing sprint includes four stops in Pennsylvania on Saturday and nearly a dozen events in the final 48 hours across states he carried in 2016.

Biden will close out his campaign Monday in a familiar battleground: Pennsylvania, the state where he was born and the one he’s visited more than any other in his campaign. The Biden team announced the candidate, his wife, Jill, running mate Sen. Kamala Harris and her husband, Doug Emhoff, plan to “fan out across all four corners of the state.”

After stopping in Green Bay on Friday, Trump will be back in Wisconsin on Monday for a visit to Kenosha. He appears to lag in recent polling behind his 2016 numbers in the GOP-leaning suburbs around Milwaukee, a key area for successful Republican campaigns in the state.

Attendance at the president’s final campaign stop in Rochester, Minnesota, was capped at 250 people at the insistence of state and local officials. The Minnesota Department of Health has linked 28 coronavirus cases to other recent Trump campaign events in the state. 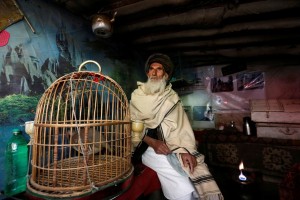