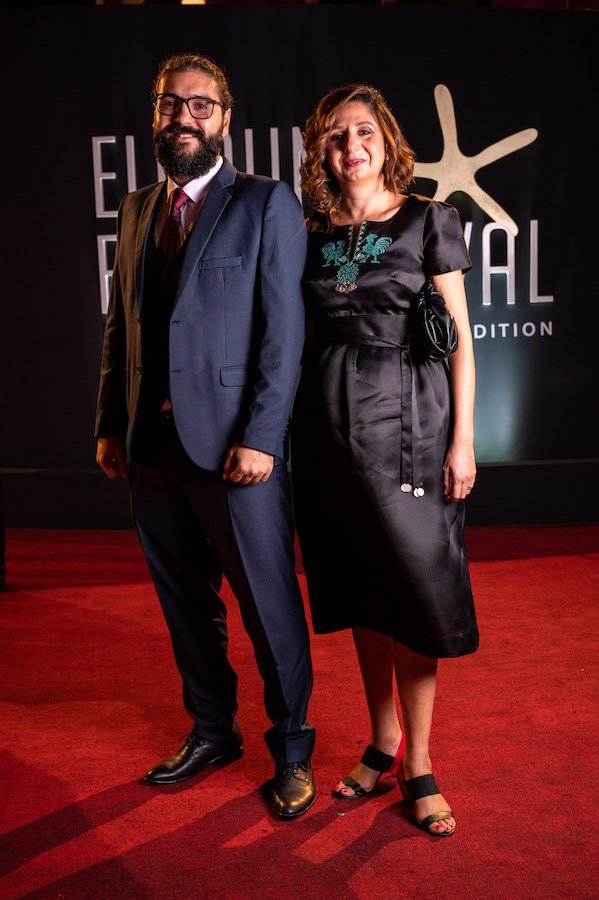 One of the festival’s most anticipated films, “200 Meters” took seven years to bring to life and marks the directorial debut of Ameen Nayfeh. One of 16 films participating in this year’s feature narrative competition, “200 Meters” won the BNL People’s Choice Award in Venice in September and has already landed Nayfeh the Mena Massoud award in El Gouna. Producer May Odeh also picked up Variety magazine’s MENA talent of the year award for her role in the production.

Highlighting the harsh reality of Palestinian families divided by the West Bank Barrier, the film tells the story of Mustafa (played by Ali Suliman) and his wife Salwa (Lana Zreik), who come from two Palestinian villages separated by the wall. When their son is hospitalized and Mustafa is denied entry into Israel, he must undertake a dangerous 200-kilometer journey in an attempt to reach his son on the other side of the barrier.

“Shooting the film was very difficult because we had 35 locations and the budget only allowed us to shoot for 22 days,” says Nayfeh, whose own family has been separated by the construction of the wall. “We had to move a lot, we had to be quick, but I wanted the images of the wall and the checkpoints. We were always very careful in these locations because we didn’t have permits to shoot there. But I wanted to shoot those images. Because if I want to visit my family I have to do it illegally, or I have to go through the same process as Mustafa. I have to go through the same images that you see in the film.”

‘The Man Who Sold His Skin’

Tunisian director Kaouther Ben Hania’s latest feature, “The Man Who Sold His Skin,” stars Yahya Mahayni as a Syrian refugee who allows his own body to be turned into a work of art. Part love story, part art-world satire, the film is a complex study of a refugee’s struggle with borders and residency permits.

Inspired by the story of a Swiss national who was tattooed by the Belgian artist Wim Delvoye, the film is participating in El Gouna’s feature narrative competition and has already won Mahayni the Orizzonti Award for Best Actor at the Venice Film Festival.

“I’m obsessed with all these topics,” says Ben Hania, whose film “Beauty and the Dogs” was screened at Cannes in 2017. “By all these human beings called refugees; their trajectory, their story. At the same time, I’m obsessed with the contemporary art world, by the market, by capitalism, liberalism… the world where we live. All these topics are mixed together but they are things that interest me and I want to talk about them.”

Lina Soualem’s emotive, contemplative and languid exploration of the pain behind her Algerian grandparents’ long journey of exile is a strong contender in the feature documentary competition. The French-Palestinian-Algerian filmmaker and actress’ first feature, “Their Algeria” is a sometimes heart-wrenching study of Aïcha and Mabrouk, who travelled together from Algeria to Thiers, a small medieval town in the middle of France, in the early 1950s.

“My dad called me one day and told me that my grandparents were separating after 62 years of marriage, and at this moment I realized that this was what I needed to film,” says Soualem, whose “Bye Bye Tiberias” is also participating in the CineGouna Platform. “It was vital for me to know their story before they disappeared, because I felt like this was a signal, this was a sign. It was really a shock because I realized that I didn’t know anything about their intimate story and also about their story as Algerians that emigrated to France in the Fifties and lived in exile all their life.” 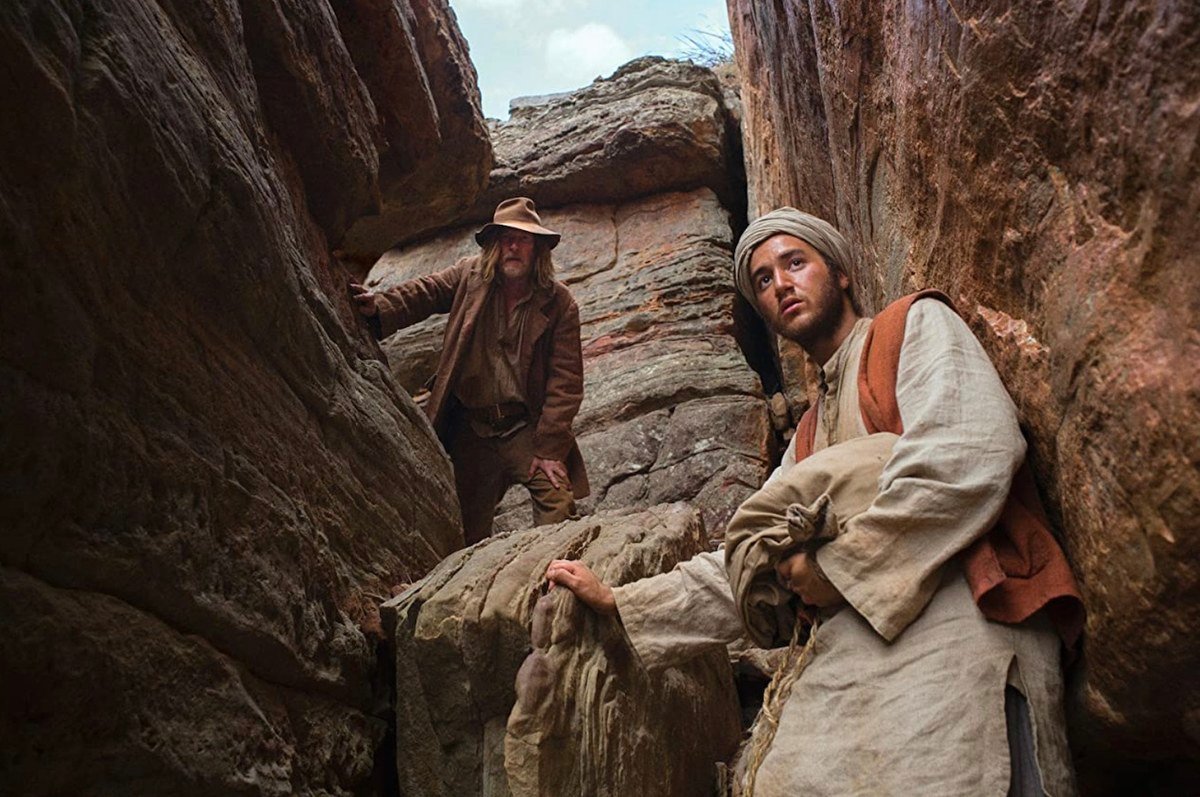 Featuring Egyptian actor Ahmed Malek in his first English-speaking role, “The Furnace,” directed by Roderick MacKay, has caused something of a stir since its global premiere in Venice in September. El Gouna rolled out the red carpet for its regional premiere on Oct. 24 and all eyes were on Malek, the young star with a growing international following.

The film tells the story of Hanif, a young Afghan cameleer who befriends a bushman (played by David Wenham) on the run with some stolen gold in the Australian outback during the late 19th century. Together, they must outsmart a zealous police sergeant and his troopers in a race to reach a secret furnace.

“It was a whole new world,” says Malek of his experience shooting in the outback. “The land was red. I’ve never had my foot on red soil. Visually everything was so different, and for me, as a Middle Eastern actor, going all the way to Australia and just getting used to this massive film industry, a new culture, new people, was a very different but very pleasant experience.” 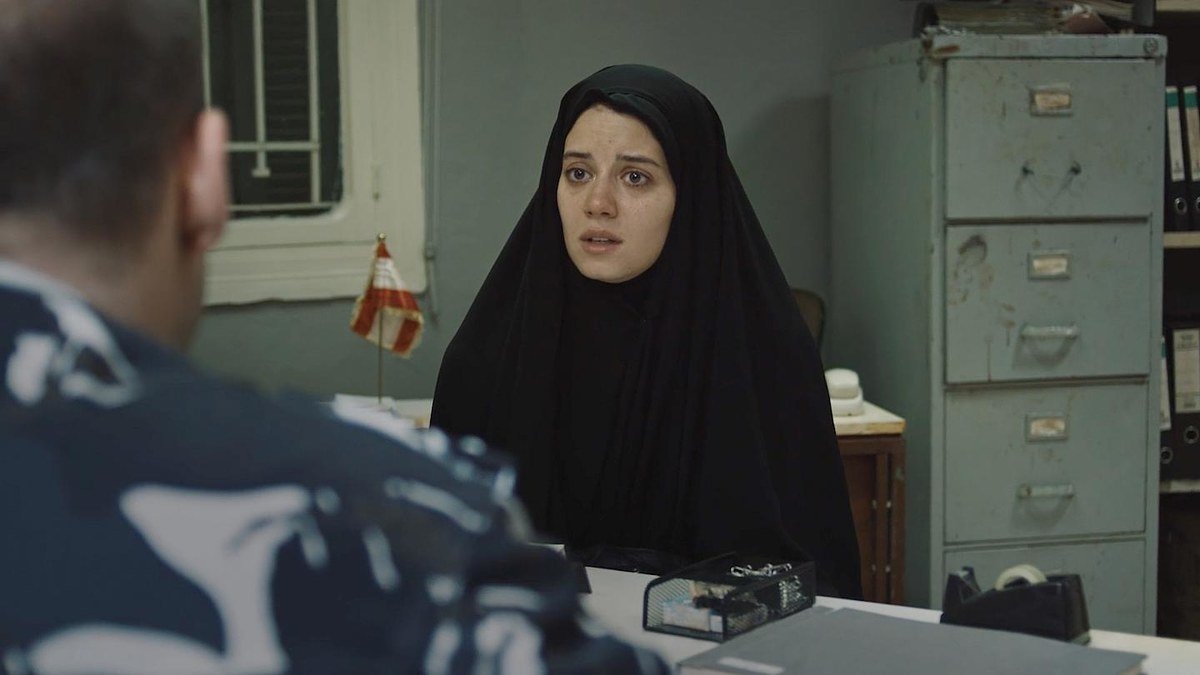 A hard-hitting Lebanese short, “Shakwa” had its global premiere at El Gouna and is one of 18 productions in the short film competition. Directed by Farah Shaer and produced by Lucien Bourjeily, the film faces the subject of marital rape head on and refuses to pull any punches.

Supported by the Royal Film Commission in Jordan, the 14-minute short follows Hoda, who is faced with unexpected consequences when she reports her husband to the police. Shaer, a Lebanese director, actress and activist, says the film is based on real-life stories that occur every day.

One of 17 films screening out of competition, “I Never Cry” marks the triumphant arrival of young Polish star Zofia Stafiej. Only 17 years old and still in her third year of acting school, Stafiej landed the role of Ola, a teenager who travels to Ireland to bring back the body of her construction worker father, after a five-stage audition.

Director Piotr Domalewski’s follow up to his acclaimed debut “Silent Night,” the film seeks to rebalance the often one-sided narrative concerning Polish economic migrants. Frequently viewed as unwanted foreign workers, little thought is given to the emotional heartbreak caused by the separation of families.

“I think this was the aim of the director,” says Stafiej. “To show the other side of immigration. Not only how hard it is to make money in hard conditions when you’re a construction worker, but also those poor families who are left behind without a father, without someone to help raise their children.”

Swedish film festival to screen for audience of one

UK's Covid-cancelled events and festivals in 2021 - in pictures

Citing bad back, Rafael Nadal out of Rotterdam tournament