Russia Continues to Prepare for Conference on Syrian Refugees 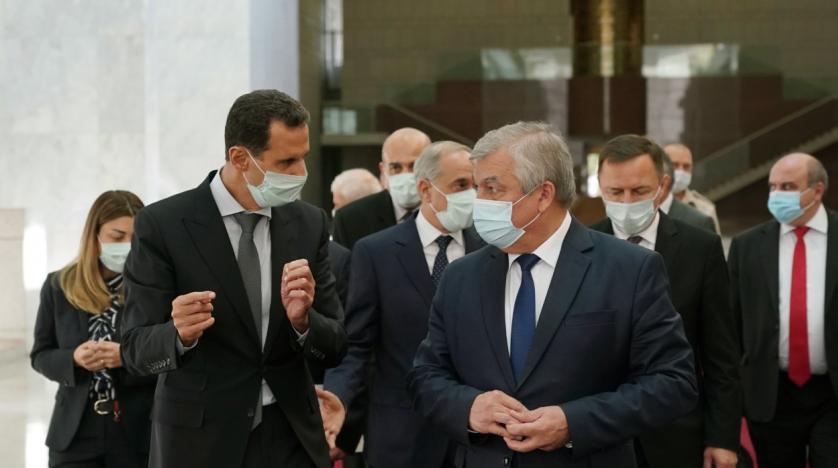 Moscow has continued to prepare for the international conference on displaced Syrians despite lack of international support and a belief among Russian political circles that it has slim chances of success.

However, the Kremlin will have the final stance on the fate of the conference after the return of a high-ranking Russian delegation from a tour to Jordan, Lebanon, and Syria.

Moscow has set a preliminary date for the two-day conference on November 11 in Damascus.

The Russian delegation, headed by the Special Envoy of the Russian President for Syrian Affairs, Alexander Lavrentiev, first visited Jordan and held a lengthy round of talks with Foreign Minister Ayman Safadi, and a virtual meeting with King Abdullah II.

During the meeting, Safadi stressed the importance of reaching a solution that is accepted by the Syrian people, guarantee the unity of their country, restore its security and stability, and lead to the departure of all foreign forces from the country, as well as creating circumstances for the voluntary return of refugees.

In Lebanon, Lavrentiev conveyed to President Michel Aoun, the greetings of President Vladimir Putin, stressing that Russia stands by Lebanon, especially in the current difficult circumstances, noting the capabilities of the Lebanese to overcome all adversities.

The delegation concluded its tour in Damascus, where it met with President Bashar al-Assad.

The Syrian presidency issued a statement following the meeting, saying the officials discussed the conference hoping to achieve positive results that could “alleviate the suffering of the Syrian refugees abroad and open the way for them to return to Syria and live a normal life.”

The Russian initiative faced many difficulties, including choosing a location for the conference, as a number of countries, including Turkey, opposed holding it in Damascus.

During bilateral talks, Ankara expressed dissatisfaction that Moscow did not discuss the idea, given that Turkey hosts the largest number of Syrian refugees.

Russia also had issues in convincing Western countries to attend and the conference sparked widespread controversy among European circles, according to media outlets.

Observers believe that it is difficult to achieve the desired results from the conference without the participation of the United States, especially that it imposed sanctions on the Syrian government under the Caesar Act.

A Russian diplomatic source familiar with the ongoing preparations, believes that the conference doesn’t have great chances of success and it is difficult to expect any tangible results.

He said that Turkey, which hosts over seven million Syrian refugees, was not consulted about the conference, and its absence means that no progress can be expected.

He also believes that the conference will be impacted by the lack of the UN representation and the international boycott.

The source explained that the refugee problem cannot be tackled without a prominent and essential role for the international community and the United Nations, adding that the return of Syrians after 10 years of war requires extensive work and special arrangements.

The source concluded that this conference “will not be supported by anyone,” warning that if it was held despite all the complications, it will face problems similar to the Sochi conference.