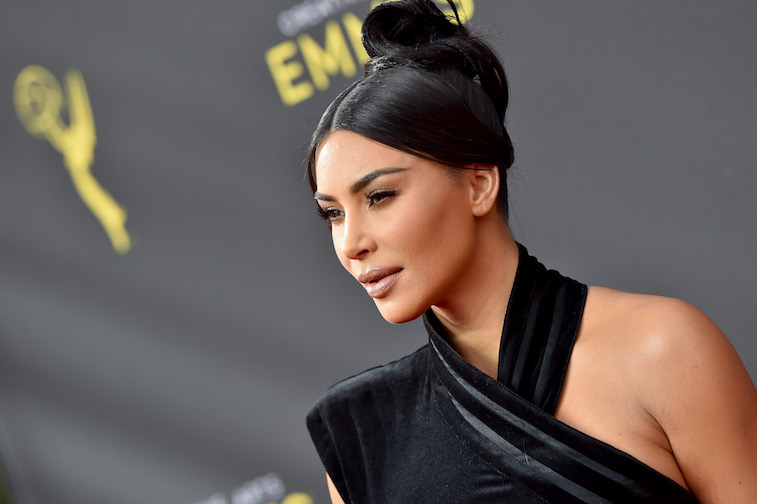 Kim Kardashian, a self-styled icon of fashion, lifestyle and wellbeing for millions of fans, the high citadel of high-end living and the foghorn of controversy, has apparently a scant regard for health measures amid the pandemic. The Kardashian does not cotton on to caution where the coronavirus is concerned. Kim is facing a backlash on social media after hosting a party on a private island to celebrate her 40th birthday with friends and family on a private island – without face masks or social distancing.

On Tuesday, the reality TV star shared a series of pictures from the getaway on Twitter and Instagram, where she has 67.1m and 190m followers respectively.

In the pictures, guests were seen without face masks and not observing social distancing.

“40 and feeling so humbled and blessed. There is not a single day that I take for granted, especially during these times when we are all reminded of the things that truly matter,” she wrote, in her posts.

According to one report, in the caption of the post, the star said that she had asked all of her guests, including siblings Kourtney and Khloe Kardashian, Kendall and Kylie Jenner and mum Kris Jenner, to quarantine and undergo several “health screens”.” Then she gave them a huge surprise by flying them to a private island to celebrate her special day. Her husband Kanye West joined for the final two days.

Pushing the boat out on an island party during a coronavirus crisis, where people’s financial health has taken a battering, was too much to bear for her fans, who slammed her outright. Many told her she was “tone deaf” and “insensitive.”

“Cool, people have had to say goodbye to loved ones over the phone while they died alone in a hospital,” one person wrote on Twitter. “But neat trip to post all over social media while the world suffers. So humble and so down to earth, truly.

“Like, have a birthday trip but to post it all over social media right now is disgustingly tone deaf AT BEST.”

Another person added: “You could have done all this and stfu about it. Or, y'know, donated the money you were going to spend. Or all of the tests you used. This is not being ‘humbled’.”

A third person wrote: “People are dying, pandemic raging, economic uncertainties, families separated, political strife, but sure – splash your insane life all over the place. Also isn’t your hubby running for POTUS, why aren’t you campaigning right now?”

There was another reaction: “Very selfish when people are dying and loosing (sic) their jobs,” fired one follower. “Also doubt it very much that all 20+ people that attended isolated prior.”

Yet another follower added: “Brilliant observation! This kind of vacation is out of reach for most people COVID-19 or no COVID-19.”

“I haven’t seen ma (sic) family in 4 months because I work a public-facing job and I’m absolutely terrified of the possibility of passing COVID on to my vulnerable parents,” one lament went.

“I hope you had fun pretending things were normal, but spare a thought for those of us staying in the real world.”

There were references to the film Parasite, Wicker Man, Game of Thrones’ bloodbath episode “The Red Wedding”, Tom Hanks’s Castaway and Midsommar, a film about a cult.

To date, the coronavirus has killed more than 1.1m people, and has caused economic devastation worldwide.

In Kardashian West’s own home state of California, there have so far been more than 900,000 confirmed cases and 17,000 deaths.

George Clooney's Secret to Cutting his Hair, as Seen on TV