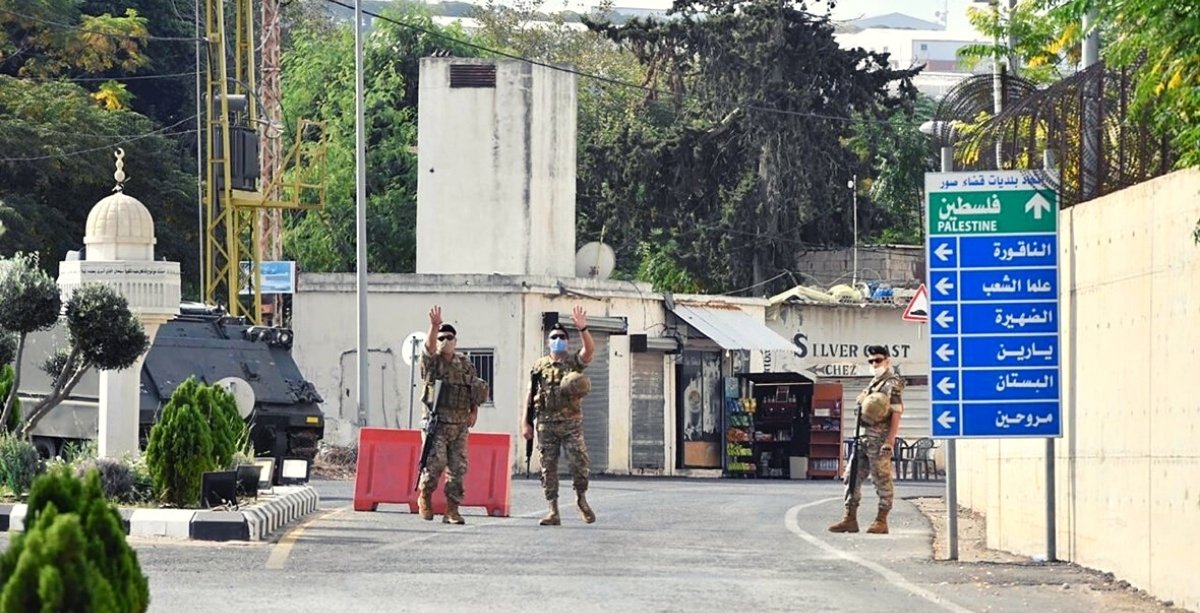 Members of the Lebanese Hezbollah attacked media teams that were covering the round of border demarcation talks in Naqoura on Wednesday.

Annahar newspaper correspondent Faraj Obaji stated that the officers identified themselves as being from Hezbollah group, adding that three of them stormed into the media field offices, asking the journalists to leave, based on a decision by the party.

The Hezbollah members also prevented the journalists from filming and requested them to leave the area immediately.

Security sources told Asharq Al-Awsat that “the army has designated a media point prior to the beginning of the talks," but apparently a number of media professionals have moved into areas controlled by Hezbollah, which raised the party’s objection.

Lebanon TV correspondent Nayla Shahwan said on Facebook that she and the photographers’ team were attacked by partisan elements while covering the second round of demarcation negotiations in Naqoura.

“As we were covering the negotiation session in Naqoura and after obtaining permission from the Lebanese army, three young men expelled us from the area and identified themselves as being from a specific party. When I tried to contact the concerned people in my station, they accused me of taking pictures of them; so they took the phone and threw our cameras, and gave us 3 minutes to leave,” she recounted.

The attack was condemned by caretaker Information Minister Manal Abdel Samad and the head of the Journalists’ Syndicate, Joseph Al-Qosaifi.

“What happened is reprehensible and requires the intervention of the relevant security services to preserve the security of journalists and the dignity of the profession,” Abdel Samad said.

Al-Qosaifi, for his part, called on the concerned authorities to “take all measures to protect journalists and media professionals and provide safe conditions for their movement.”