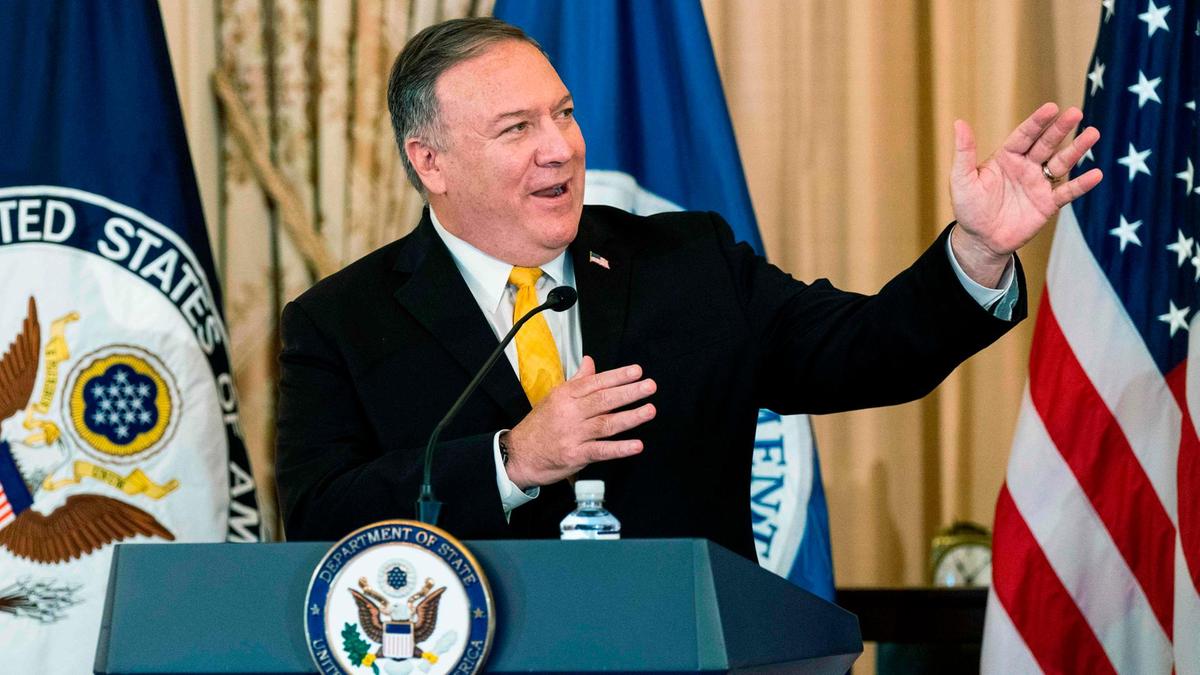 The Trump administration defended US Secretary of State Mike Pompeo after criticism from the mother of an American journalist missing in Syria who said Mr Pompeo was undermining efforts to free her son.

On Monday, Debra Tice, the mother of freelance journalist and former US Marine Corps officer, Austin, who went missing while reporting in Syria, said recent comments from Mr Pompeo suggested that “there is nothing he is willing to do to bring my son home”.

Mr Carstens said he had a lot of respect for Ms Tice but “I disagree respectfully with her conclusion".

“Contrary to what Ms Tice has written and stated, Secretary Pompeo has been unwavering in his efforts to bring Austin Tice home," he said.

Mr Carstens said it was under Mr Pompeo’s leadership that he was authorised to contact unidentified Syrians last summer to discuss a face-to-face meeting to seek Syria’s help in finding and freeing Mr Tice and another US citizen, Majd Kamalmaz, among others.

Mr Carstens said Mr Pompeo ordered him and National Security Council official Kash Patel to visit Syria for what he described as the first direct US-Syrian diplomatic engagement in a decade.

“Mr Pompeo has remained intensely engaged on the results of this trip. That is why I read, with concern, Ms Tice’s statement accusing the secretary as being an obstacle to obtaining Austin’s release,” Mr Carstens said.

Mr Pompeo pushed for the recent trip to Damascus as well as continuing recovery efforts, he said.