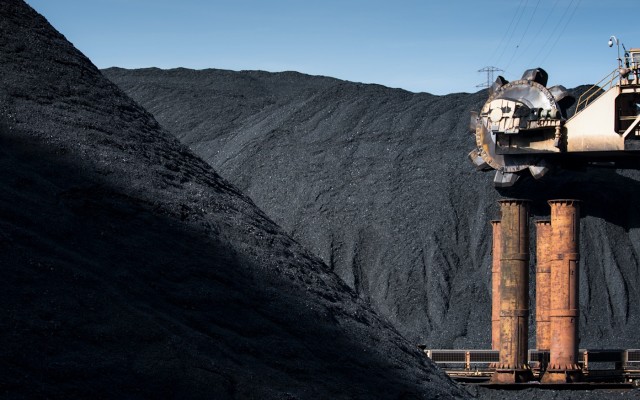 Colombia’s output of top exports oil and coal will fall by 16.9% and 28.4% respectively over the next 10 years, government predictions showed on Tuesday, but the impact will be mitigated by better prices for both fuels.

Oil production will fall to 654,000 barrels per day (bpd) in 2030, from current levels of 787,000 bpd, finance vice minister Juan Alberto Londono said in a presentation to congressional economic committees about royalties.

Colombia is attempting to increase its 2 billion barrels of oil reserves, equivalent to about 6.3 years of consumption, by expanding exploration and improving recovery levels in existing fields. It is expected to announce initial bids in its current oil round on Friday.

It was not clear whether the oil output estimates included potential production using nonconventional methods like fracking, whose use depends on pending approval by the country’s top administrative tribunal.

Crude prices will increase over the next decade to $74 per barrel, up from an average of $37 this year, the presentation estimated.

Production of coal - Colombia’s top mining export - will fall to 53 million tonnes by 2030, from 74 million this year, the presentation predicted, as prices rise from current dismal levels of $29 per tonne to $46 per tonne.

Decreased economic growth in China, a global move toward renewable energy and oversupply have battered demand for coal worldwide.

Colombia’s mining future lies in metals and not coal, mines and energy minister Diego Mesa told Reuters in a recent interview. The government is eager for large-scale investments in gold, copper and other minerals, and last week celebrated the opening of Chinese miner Zijin-Continental Gold’s major project in Antioquia province.

Colombia’s royalties from oil and mining will increase to 9.4 trillion pesos ($2.46 billion) by 2030, from 7.07 trillion pesos projected for this year, according to the presentation.

Oil jumps to its highest since March