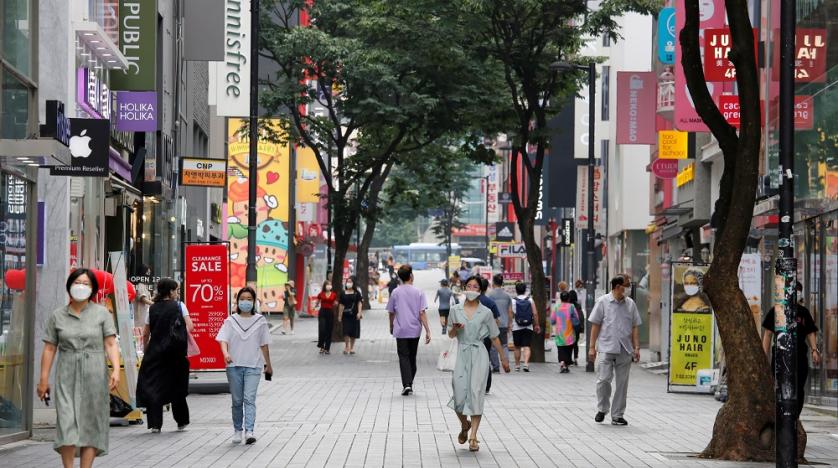 South Korea sought on Monday to dispel concerns over the safety of its seasonal influenza vaccine, urging it on citizens in a bid to avert stress on a health system that is already grappling with the coronavirus.

Public anxiety over the safety of flu vaccine has surged after at least 59 people died this month following vaccinations, while last month about 5 million doses had to be disposed of as they were not stored at recommended temperatures.

Authorities have said they found no direct link between the deaths and the vaccines against flu, which kills at least 3,000 South Koreans each year.

"Do trust the health authorities' conclusion...reached after a review with experts," President Moon Jae-in said.

"There is a need to expand the influenza vaccination this year not only to prevent the flu, but also to ward off concurrent infection and spread of flu and COVID-19," he told a meeting.

Last year, more than 1,500 elderly people died within seven days of receiving flu vaccines, but those deaths were not linked to the vaccinations, the government said.

South Korea, which began free inoculations for the last eligible group on Monday, has ordered 20% more flu vaccines this year to banish the prospect of concurrent major outbreaks of flu and coronavirus in winter, which would strain its health system.

It said more than 14.7 million people have been inoculated.

About 1,200 instances of adverse reactions have been reported among them, but no direct link with vaccinations has been established, though 13 deaths are still being investigated.

The benefits of vaccination far outweigh any side effects, the health ministry has said.

Severe adverse reactions to the flu vaccines are rare, with just one in 500,000 or a million people suffering anaphylactic shock, a life-threatening condition typically brought on within seconds to minutes in those with an allergy, a top health official told Monday's briefing.

No such case has been reported, the government said.

The southeast Asian city state of Singapore became one of the first nations this week to call a temporary halt to the use of two influenza vaccines, as a precaution, despite no reports of any deaths that could be linked.

South Korea to resume wider use of AstraZeneca coronavirus vaccine, exclude people under 30