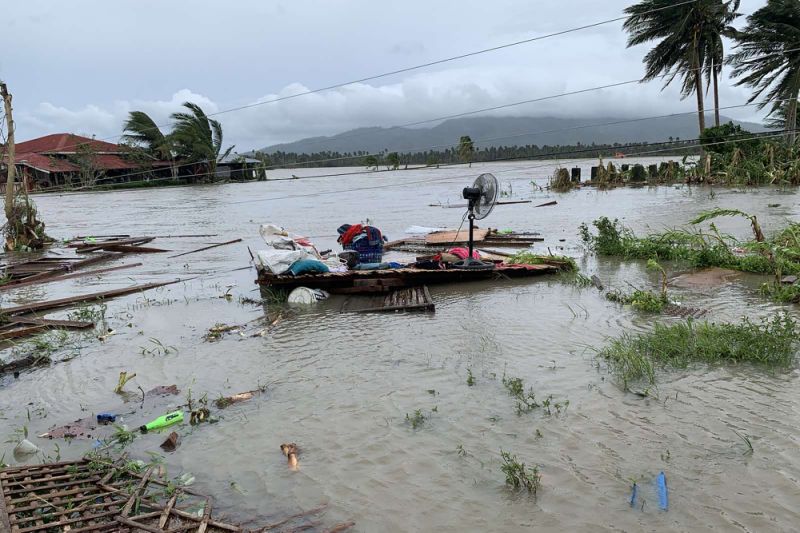 Searches were under way Monday for 12 fishermen in the Philippines as a typhoon swept across the archipelago, flooding low-lying areas and forcing thousands of people into emergency shelters.

Packing maximum sustained winds of 130 kilometers (80 miles) per hour, Typhoon Molave made landfall Sunday on the southern end of the main island of Luzon before moving west across the country.

Villages and farmland in the typhoon's path were flooded while powerful winds toppled trees and power lines.

The National Disaster Risk Reduction and Management Council said no deaths had been recorded.

Nearly 1,500 families were still sheltering in 68 evacuation centers, it added.

Coastguards were searching for 12 fishermen reported missing across three areas of the Bicol region, it said.

And at least two people were injured by a falling tree in Oriental Mindoro province, its governor told local broadcaster Teleradyo.

Rescuers were also searching for a person missing after their boat was submerged in Batangas province, south of Manila. Seven other crew members were rescued.

Molave was forecast to start moving across the South China Sea Monday.