US Sanctions Hezbollah Officials, Offers Reward for Info on its Financial Networks 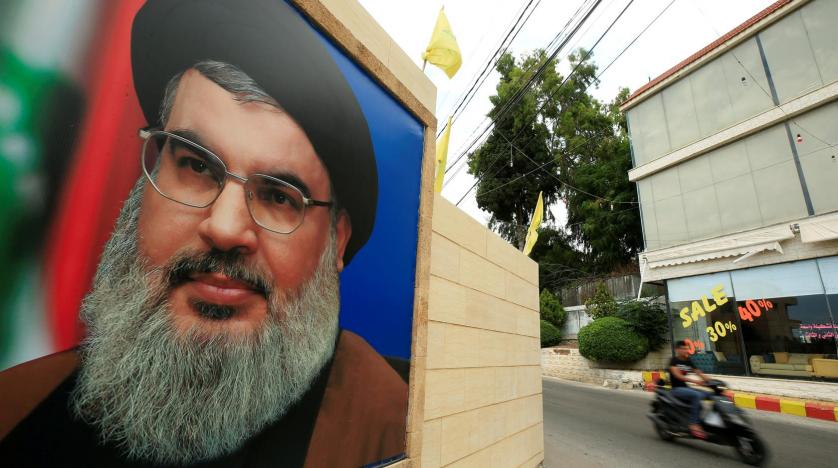 The United States has imposed sanctions on two officials from Lebanon’s Hezbollah as part of its pressure campaign and the disruption of the party’s financial activities.

Nabil Qaouk, a member of the group's executive council, and Hassan al-Baghdadi were both designated by the US Treasury Department "for being leaders or officials" of Hezbollah.

The Treasury said Qaouk and Baghdadi were members of a Hezbollah council responsible for electing its highest decision-making body, the Shura Council, "which formulates policy and asserts control over all aspects of (Hezbollah's) activities, including its military activities."

The action freezes any US assets of those blacklisted and generally bars Americans from dealing with them. Those that engage in certain transactions with those designated are also at risk of being hit with secondary sanctions, the Treasury said.

“Hezbollah’s senior leaders are responsible for creating and implementing the terrorist organization’s destabilizing and violent agenda against US interests and those of our partners around the world,” said Secretary Steven Mnuchin. “We must continue to hold Hezbollah accountable for its horrific actions as we approach the 37th anniversary of Hezbollah’s bombing of the US Marine Barracks in Beirut, Lebanon.”

Meanwhile, the State Department said that its Rewards for Justice (RFJ) program has a standing reward offer of up to $10 million for information leading to the disruption of Hezbollah’s financial mechanisms.

In that reward offer, RFJ is seeking information on the activities, networks, and associates of Hezbollah that form a part of its financial support, which includes financiers and facilitators like Muhammad Qasir, Muhammad Qasim al-Bazzal, and Ali Qasir.

“Muhammad Qasir is a critical link between Hezbollah and its primary funder, Iran,” said the statement, adding that he has been a significant conduit for financial disbursements from Iran’s Revolutionary Guard Corps – Qods Force (IRGC-QF) to Hezbollah.

On al-Bazzal, the statement said that he is a key financier for Hezbollah and the IRGC-QF. “He also is a co-founder of the Syria-based Talaqi Group and oversees other terrorist financing enterprises, such as Hokoul S.A.L. Offshore and Nagham Al Hayat.”

“Since late 2018, al-Bazzal has used the Talaqi Group and his other companies to finance, coordinate and obscure various illicit IRGC-QF-linked oil shipments.”

“Ali Qasir is the managing director of the Hezbollah-linked front company Talaqi Group," said the statement, adding that “Qasir assigns maritime vessels to deliver shipments for the terrorist network based on the IRGC-QF’s guidance.”