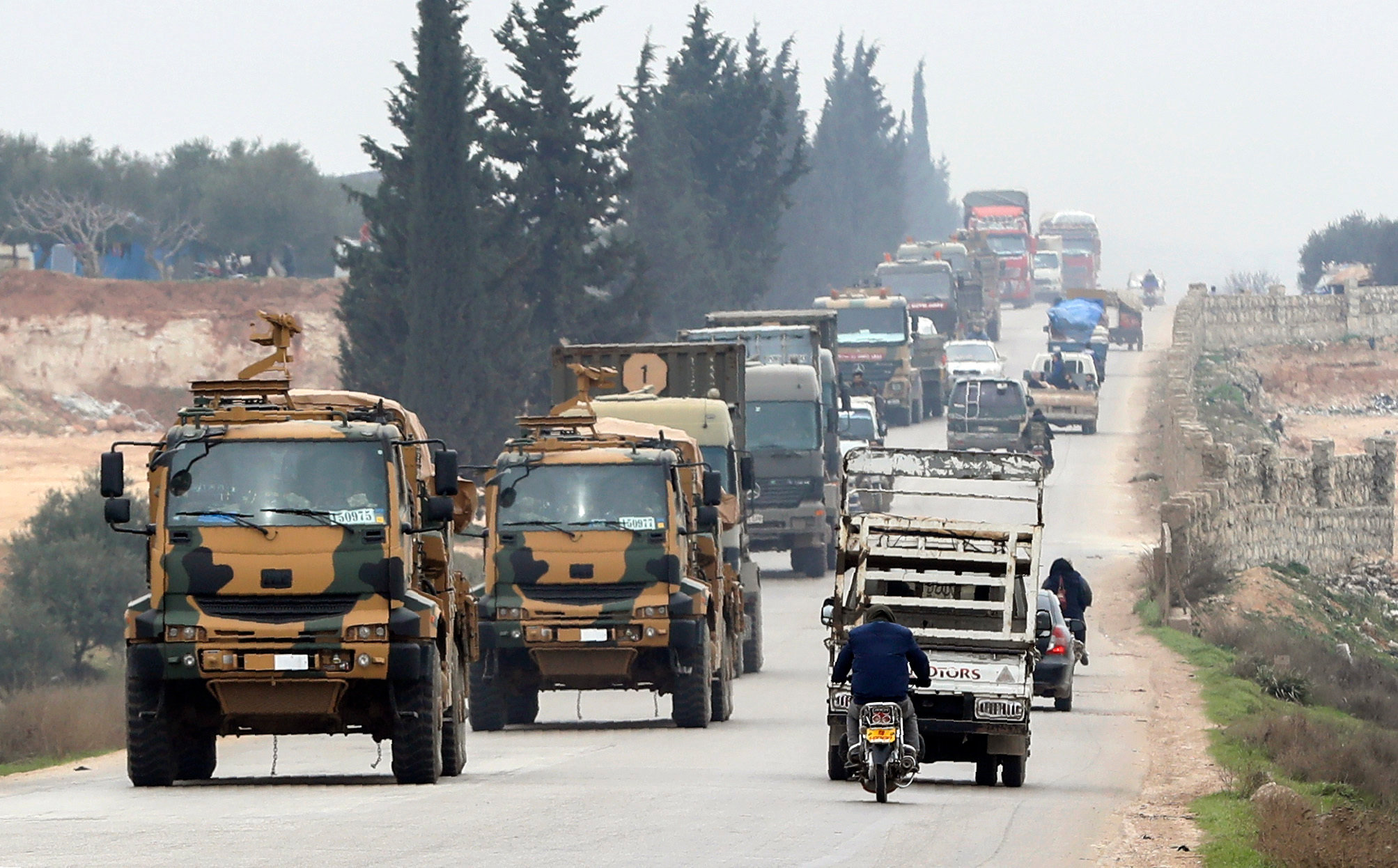 Turkey has dispatched military reinforcements to the military base near Qoqfin hill in the southern countryside of Idlib as Russia continued to target the People's Protection Units at the Turkish border with Al-Hasakah.

Three Turkish military columns including 35 vehicles carrying military and logistical supplies headed on Tuesday towards military points in Southern Aleppo Countryside via Kafr Lusin border crossing. More than 50 military vehicles were dispatched to the military base near Qoqfin village.

Turkish sources revealed that the army is repositioning in the de-escalation zone in northwestern Syria and expected further Turkish withdrawal from regime-ruled areas based on an agreement with Moscow.

Also, the Russian Air Force conducted Wednesday, for the second day in a row, several airstrikes over Jabal Al-Zawiya, where a big number of refugees and migrants reside.

The hope of thousands in Northern Hama Countryside, Western, and Southern Aleppo Countrysides to return home withered after the withdrawal of the Turkish military from the Morek observation post in northern Hama, in addition to Turkey's intention to withdraw from more points.

An opposition activist said some lost hope in ever returning while some see that the withdrawal could pave the way for a military activity as the Turkish military continue to boost reinforcements at Jabal Al-Zawiya.