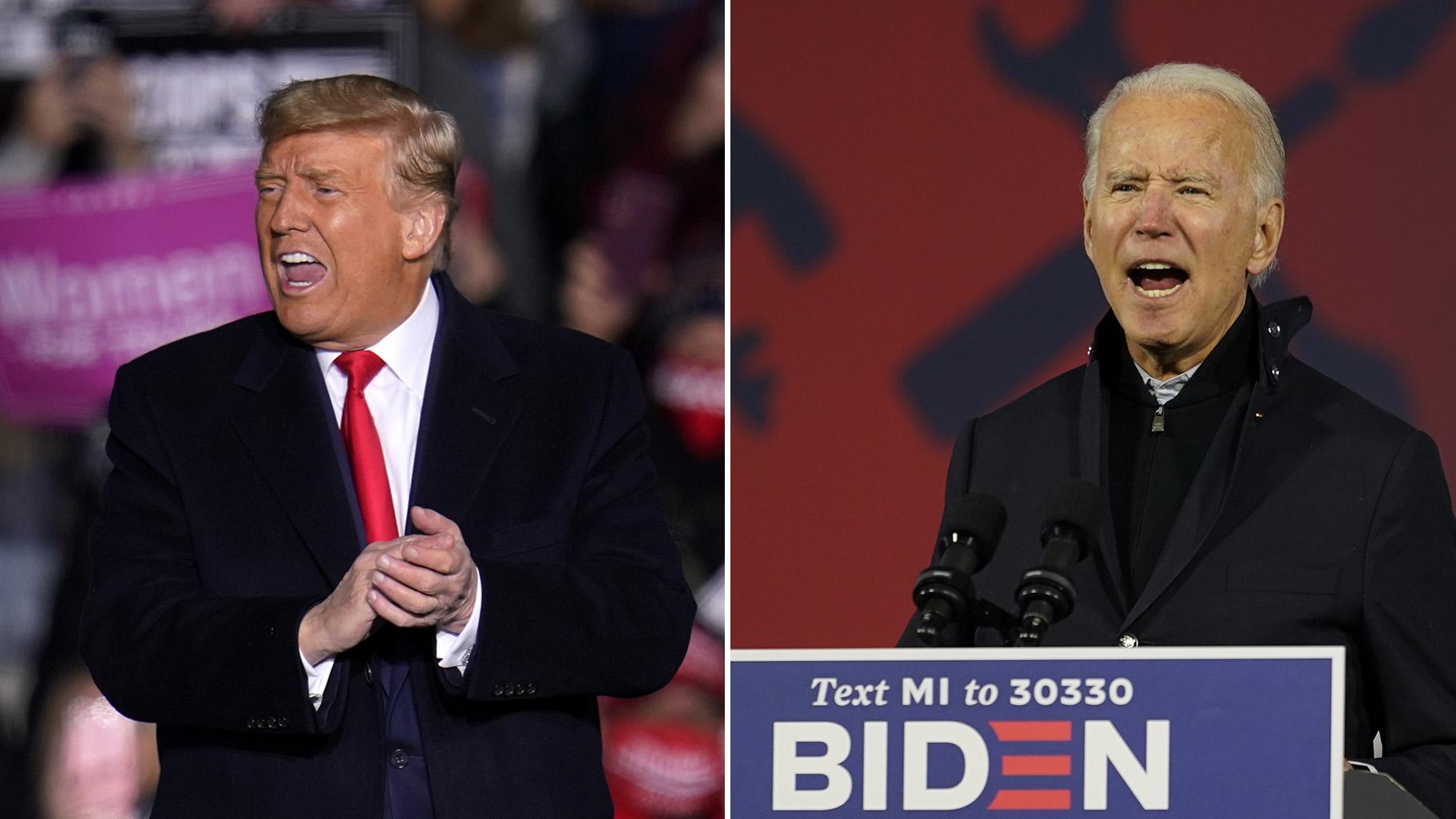 President Donald Trump and his Democratic challenger, Joe Biden, are set to square off in their final debate Thursday, one of the last high-profile opportunities for the trailing incumbent to change the trajectory of an increasingly contentious campaign.

Worried about losing the White House, some advisers are urging Trump to trade his aggressive demeanor from the first debate for a lower-key style that puts Biden more squarely in the spotlight. But it's unclear whether the president will listen.

Biden, who has stepped off the campaign trail in favor of debate prep, expects Trump to get intensely personal. The former vice president and his inner circle see the president´s approach chiefly as an effort to distract from the coronavirus, its economic fallout, and other crises.

With less than two weeks until Election Day, Biden is leading most national polls and has a narrower advantage in the battleground states that could decide the race. More than 42 million people have already cast their ballots. The debate, moderated by NBC's Kristen Welker, is a final chance for both men to make their case to a television audience of tens of millions of voters.

"The rule is that last debates before the election have a big impact," said presidential historian Michael Beschloss, who made clear the legacy of the candidates´ first faceoff: "That was the most out-of-control presidential debate we have seen."

Trump, who staged a remarkable comeback in the closing days of the 2016 campaign, believes he can do it again by using the power of the presidency to attack his rival.

Trump on Tuesday called on Attorney General William Barr to immediately launch an investigation into unverified claims about Biden and his son Hunter, effectively demanding that the Justice Department muddy his political opponent and abandon its historic resistance to getting involved in elections.

The president has promoted an unconfirmed New York Post report published last week that cites an email in which an official from Ukrainian gas company Burisma thanked Hunter Biden, who served on the company´s board, for arranging for him to meet Joe Biden during a 2015 visit to Washington. The Biden campaign has rejected Trump´s assertion of wrongdoing and noted that Biden´s schedule did not show a meeting with the Burisma official.

Some former national security officials and other experts said the episode raised multiple red flags of a possible foreign disinformation effort, especially given the involvement of Rudy Giuliani, Trump´s personal attorney, and Giuliani's active role in promoting an anti-Biden narrative on Ukraine.

But John Ratcliffe, the director of national intelligence, dismissed that disinformation theory. And the FBI appeared to endorse Ratcliffe´s position in a letter to a Senate committee that had requested information on a laptop purportedly belonging to Hunter Biden.

Trump´s attacks on the Biden family have been relentless, including his efforts to get Ukraine to investigate Joe Biden, which led to Trump's impeachment. It's part of a determined, yet so-far-unsuccessful effort to drive up his opponent´s negatives, as he did with Hillary Clinton four years ago.

Trump campaign communications director Tim Murtaugh said, "Trump is still the political outsider, while Biden is the ultimate insider. We now know that Biden allowed his son to sell access to him while he was vice president."

While Biden will defend his own record and his son, aides have said, he hopes to focus on making the case that Trump is unfit for office and let the nation down during a confluence of crises.

"He knows that people want to hear about how we´re going to help working families get through the end of the month and pay the rent," his running mate, Sen. Kamala Harris, said Wednesday in North Carolina. "That´s what people care about, and one of the things I love about Joe Biden - he doesn´t take on or talk about other people's kids."

The one-two punch of the first debate and the president´s three-day hospital stint after contracting COVID-19 rattled his base of support and triggered alarm among Republicans who fear the White House and Senate could be slipping away.

The initial debate was the most tumultuous in modern history, with a belligerent tone that was persistent and somehow fitting for what has been an extraordinarily ugly campaign. Amid heated clashes over the pandemic, the Supreme Court, and the integrity of the election itself, Trump refused to condemn white supremacists who have supported him, telling one such group known as the Proud Boys to "stand back and stand by."

The two men frequently talked over each other with Trump interrupting, nearly shouting, so often that Biden eventually snapped at him, "Will you shut up, man?"

Aides have urged Trump, who has skipped debate prep, to show some restraint this time, allowing Biden to speak more and get himself in trouble with verbal gaffes and lapses. But the president has made no promises.

"Some people think, `Let him talk,´ because he loses his train (of thought), he just loses it and he doesn´t speak the train of thought," Trump said in a town hall discussion taped at the White House Rose Garden and aired by Sinclair Broadcast Group on Wednesday evening. "But we´ll see what happens. I mean, you will have to be there."

It was two days after the first debate in Cleveland when Trump tested positive for the coronavirus. The White House has refused to reveal when the president had last tested negative before the debate, raising questions as to whether he was already infected when he took the stage.

After the diagnosis, the Commission on Presidential Debates ruled that the second debate, which was to have been held last week, be virtual. Trump balked, leading to the cancellation of the debate and the two men holding dueling town halls instead, speaking at the same time more than 1,000 miles (1,600 kilometers) apart.

On the debate stage Wednesday, two large plexiglass shields had been put in place in front of the candidates' lecterns.

On Thursday night, in an effort to curtail interruptions, Trump and Biden will each have his microphone cut off while his rival delivers an opening two-minute answer to each of the six debate topics, the commission announed. The mute button won´t figure in the open discussion portion of the debate, but has drawn criticism from Trump.

"The mute is very unfair," he said Wednesday as he left the White House for a campaign rally.