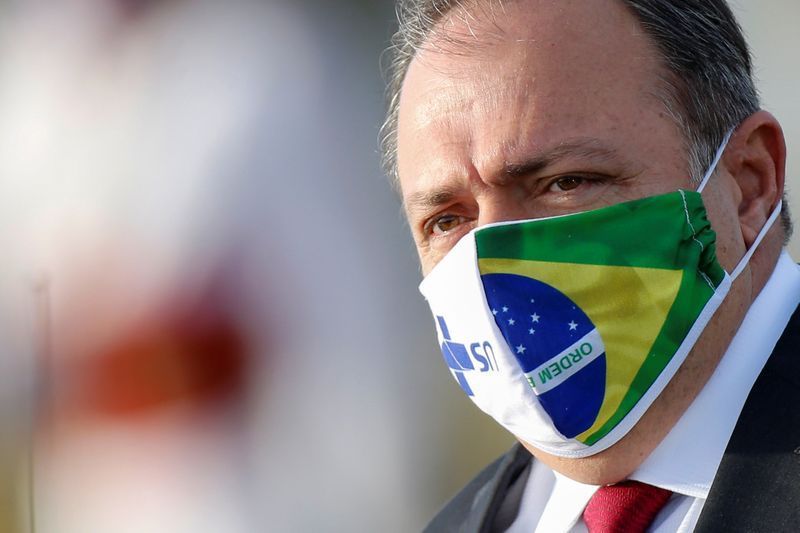 Brazilian Health Minister Eduardo Pazuello has fallen ill with a suspected case of COVID-19, the ministry’s press office said on Tuesday, as the country battles with the third-worst coronavirus outbreak globally, with nearly 5.3 million cases.

The ministry said Pazuello had a fever on Tuesday and would be tested for COVID-19. On Monday, the minister had missed a public event with President Jair Bolsonaro.

“He had a small indisposition and went to the hospital,” Bolsonaro said at the event. The ministry said on Monday that Pazuello had been discharged and was at home.

Bolsonaro has sought to downplay the severity of the coronavirus, calling it a little flu. The president fell ill with a mild case of COVID-19 earlier this year, and several of his cabinet ministers have been infected previously.

Two different health ministers resigned in the span of roughly a month before Bolsonaro appointed Pazuello. Bolsonaro has endorsed the drug hydroxychloroquine for treating coronavirus, despite its being unproven for that purpose; the former ministers had advised a more cautious approach.

Pazuello, who does not hold a medical degree, expanded access to hydroxychloroquine and allowed for public doctors to prescribe it for almost anyone who tests positive for coronavirus.