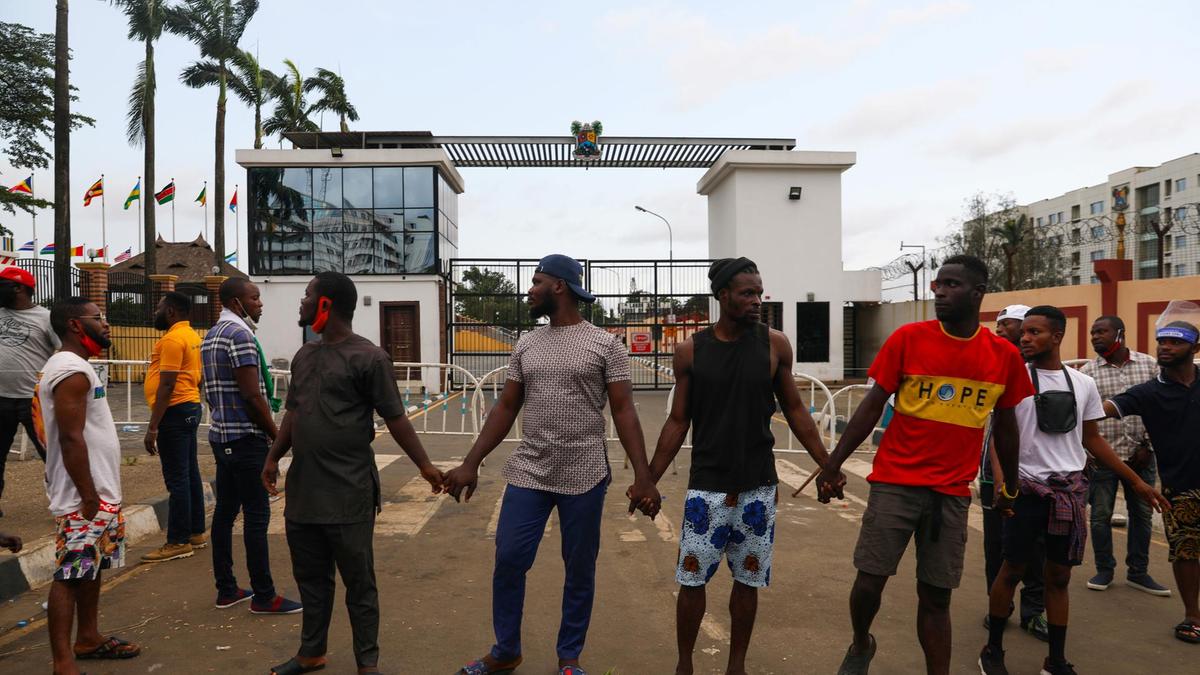 Nigerian security forces opened fire on a protest site in Lagos, intensifying violence before a 24-hour lockdown was imposed to quell rallies against police brutality.

Amnesty International said there was "credible but disturbing evidence" that protesters were fatally shot by security forces in the city.

“There have been reports of shooting at the Lekki Toll Plaza following the 24-hour curfew imposed on Lagos,” the state spokesman, Gbenga Omotoso, said on Tuesday night.

“The state government has ordered an investigation into the incident."

Amnesty tweeted: “While we continue to investigate the killings, Amnesty International wishes to remind the authorities that under international law, security forces may only resort to the use of lethal force when strictly unavoidable to protect against imminent threat of death or serious injury."

Alfred Ononugbo, 55, a security officer, said: “They started firing ammunition towards the crowd. I saw the bullets hit one or two persons."

Demonstrations that began on October 5 have continued despite the government dissolving a police unit that has been accused of a brutal crackdown on protesters.

Thousands of mainly young people have taken to the streets of the capital Abuja, the economic centre of Lagos, and other towns, sealing off major roads and bridges, disrupting flights and bringing businesses to a standstill.

Hours before the shots were fired, the Governor of Lagos state imposed a curfew to try to quell disruptions in a region that is home to more than 22 million people.

The city also holds the headquarters of Nigeria’s biggest banks and other companies.

Southern Edo state introduced a curfew on Monday after hundreds of prisoners took advantage of a chaotic rally to stage a jail break.

The Lagos lockdown began after two police stations were burnt and a major motorway linking the city to the northern and south-eastern parts of the country was sealed off.

In Abuja, soldiers dispersed protesters who had gathered in parts of the city.

In the north-western Kano state, witnesses said at least two women were killed, cars were burnt and buildings were vandalised after armed men attacked demonstrators.

State police commissioner Habu Sani said the rally turned violent and five people had been hurt before calm was restored, but claimed no fatalities had been reported.

Former US secretary of state Hillary Clinton condemned the protests on Twitter on Tuesday. 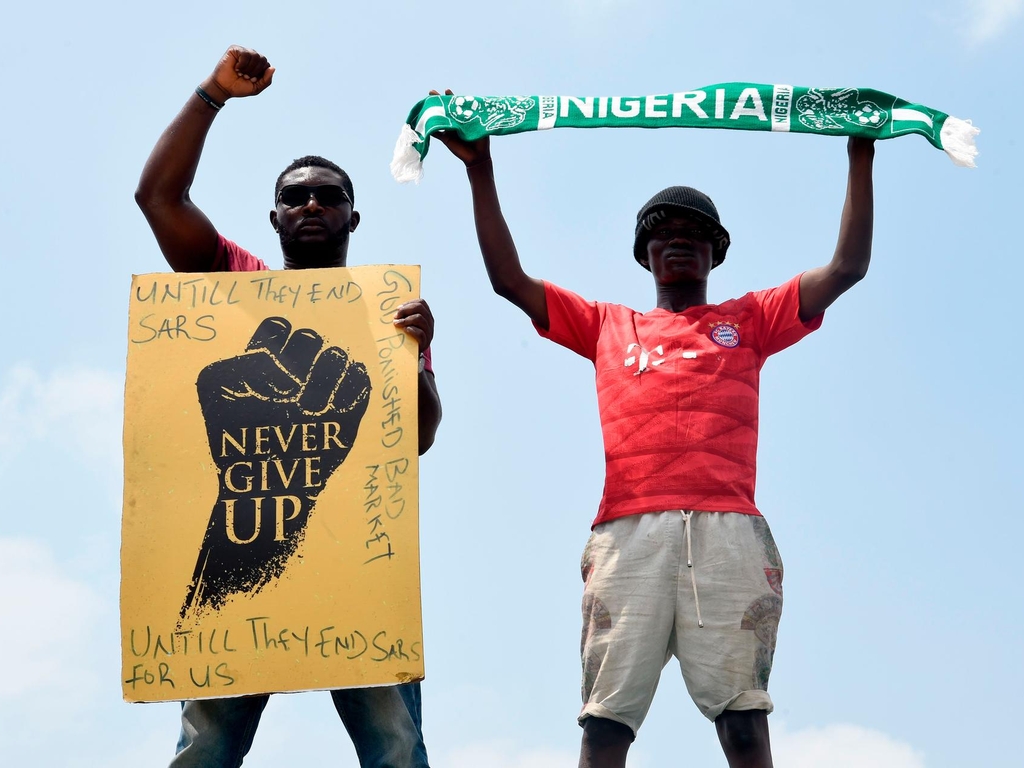 The demonstrations have cost an estimated 700 billion naira ($1.8bn) in lost output, the Lagos Chamber of Commerce and Industry said.

It called for grievances to be addressed through dialogue, and for an end to the marches and street blockades that have spread to about half of the nation’s 36 states.

“Over the past 12 days, economic activities have been crippled in most parts of the country,” the chamber said.

“There is a great risk that the situation may degenerate into a case of the complete breakdown of law and order.”

Nigeria’s oil industry, the mainstay of the economy, has been unaffected and yields on the nation’s dollar bonds have risen since protests began, indicating that investors are not unduly concerned.

The fallout will worsen if the unrest drags on and violence intensifies, said Mosope Arubayi, chief economist at Vetiva Capital in Lagos.

“Locals could be scared to go to work and foreigners will fear for the security of their investment,” Mr Arubayi said.

“This will have a dire impact on the level of economic activity in the country and existing foreign investors could start exiting their position in the capital market.”

The unrest has weighed on insurance companies, the shares of which accounted for three of the five biggest declines on the Nigerian Stock Exchange on Tuesday.

An industry index fell 1.2 per cent, the most in a week.

While the government has issued a directive to its security forces not to use violence, Amnesty accused the police of continuing to use excessive force.

Three people were killed during clashes that erupted during a march in Abuja on Monday, bringing the toll so far to 18, Amnesty said on Twitter.

Most previous uprisings in Nigeria have been quashed by the security forces.

The size of the current protests, and the fact that they have been organised on social media and have no clear leaders, have made them difficult to calm.