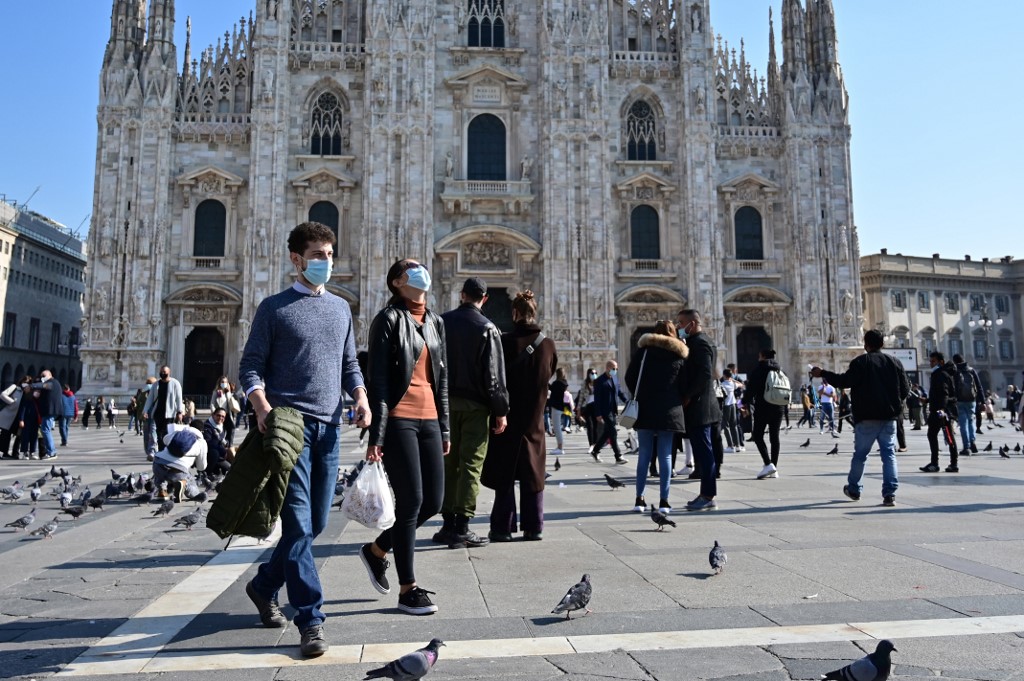 Italy’s northern Lombardy region prepared Tuesday to impose a nighttime curfew, the most restrictive anti-coronavirus measure the country has seen since emerging from a national lockdown in the spring.
The curfew from 11pm (2100GMT) to 5am is expected to begin on Thursday night and last to November 13.
Health Minister Roberto Speranza gave his consent late Monday to the more restrictive measure proposed by the regional government, after an hours-long meeting.
“It’s an appropriate and symbolically important initiative that shouldn’t have particularly serious economic consequences,” Regional President Attilio Fontana said in the newspaper La Repubblica on Tuesday.
More than 10,000 new Covid-19 infections were recorded in Italy on Friday for the time ever, with Lombardy the hardest hit region, as it was in the beginning of the health crisis in February.
The region, which includes Italy’s financial hub of Milan, reported 1,687 new cases on Monday, with Italy’s southern Campania region coming a close second with 1,593.
Since Italy became the first hard-hit European country earlier this year, more than 36,000 people have died of Covid-19 in the country.
On Saturday, Lombardy ordered its bars to shut at midnight and prohibited the consumption of food and drink in public outside areas.
Italy has put in place recent restrictions to try to stem the new wave of infections, but none have so far imposed a curfew.

They include banning amateur contact sports, such as football matches, school trips, and restricting bars and restaurants to table service after 6pm.
Prime Minister Giuseppe Conte has said he does not envision another country-wide lockdown, which would further sap Italy’s struggling economy, but has said that he would not rule out limited ones.
Lombardy’s curfew is expected to only allow people to leave their home for reasons of health, work or necessity.
The new decree will also call for large shopping centers to be shut on weekends, according to Italian media reports.

Greek police clash with protesters in rally against mandatory vaccinations

Half of Europeans vaccinated as Germany warns on rising virus cases