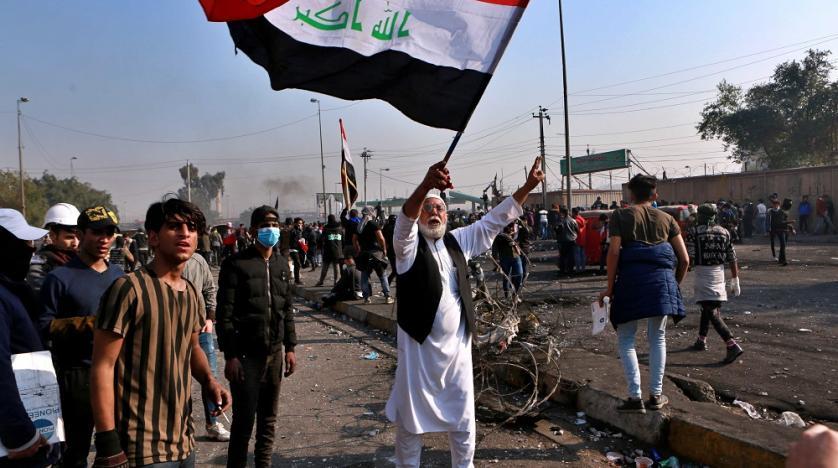 Iraqi Prime Minister Mustafa Al-Kadhimi formed on Sunday a fact-finding committee to investigate the bloody events and the killing of demonstrators in anti-government protests that emerged across the country one year ago.

More than 500 protesters were shot dead by security forces and gunmen suspected of links to militias during protests calling for change late in 2019. Thousands of others were injured.

Kadhimi confirmed that whoever was involved in any crime will be brought to justice.

"The formation of this committee represents the rebirth of the values of the state that seeks justice and fairness,” he said during his meeting with members of the fact-finding committee formed to investigate the events of October of last year.

Asked about the time that the committee needs to announce the outcomes of its investigation, he said it is difficult for the executive authority to impose on the judicial authority a time limit to search for the truth.

“In principle, establishing the committee is something good, however, the problem is with the measures that follow and the timetable for announcing the outcome of the investigation,” he said.

Rahmallah added that activists are preparing for a massive demonstration to celebrate the first anniversary of the October intifada.