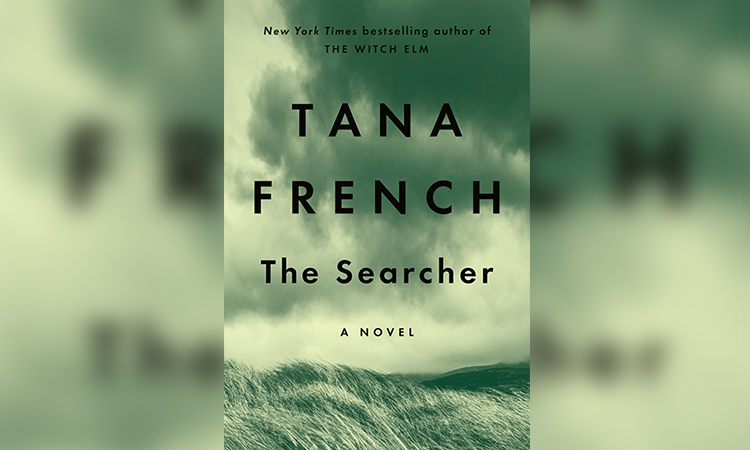 "The Searcher," Tana French's eighth mystery, is set in the West of Ireland, and for the first 150 pages or so it's a compelling novel of rural Irish life as seen through the eyes of an American outsider. At first, the book hardly seems like a mystery at all _ sure, a young man is missing, but no one seems too concerned other than the man's little brother Trey, and nobody turns up, and chances are that the guy probably just left town.

The American outsider is Cal Hooper, a Chicago cop who has gotten divorced, retired early and moved to his ancestral home to find a little peace and quiet. He's struck by the beauty of the Irish landscape _ the stone fences, the green fields, the mountains in the distance, the ever-changing sky. He even likes the rain.

"The Searcher" is a departure for French in all kinds of ways _ the third-person narrator, the American protagonist, the rural West of Ireland setting, the abandonment of her beloved Dublin Murder Squad. But in other ways the book is classic French. It has her keen eye for character, her excellent ear for dialogue and, above all, her narrative control, as she winds the tale tighter and tighter, upping the tension higher and higher.

The character of Trey is endearing, a near-feral kid who comes from poverty and trauma, like so many of the children in French's books. Skittish as a deer, Trey spies on Hooper from the gorse bushes and peers through his windows. Slowly, carefully, Hooper takes the child under his wing, "talking like he would to a stray dog in his yard, steady and even," and together they work on restoring an old desk he found in the house.

But Trey has an agenda: He wants more than a father figure. He wants Hooper to find his brother. At first Hooper says no, but slowly he gets sucked into the mystery. As the tension builds, more mysteries are revealed _ the strange slaughter of sheep in the fields, tough strangers from Dublin hanging around, and a growing sense of resentment and suspicion from the townspeople.

"The Searcher" is as much about solving a crime as it is about the near-impossibility of breaking into an insular society with a history, traditions and memories that go back hundreds of years.

You can't just move in and make nice. There are too many unspoken variables _ who owned the house before you? Who owned the land? Whose brother/uncle/grandfather was in the IRA? What family has problems with what other family, and how might you find yourself inadvertently taking sides?

In classic Tana French style, nothing and no one in this novel is as they seem. Not Trey, not Hooper's farmer neighbor, not even the missing brother.

This is territory that other Irish writers have covered in a lot of different ways, including Dermot Healy, Anna Burns and William Trevor. In French's hands, the unspoken affiliations and ancient grudges become borderline terrifying, even for an old Chicago cop. When Hooper visits the local cafe for a lock-in, what starts as a good-old-boys night of drinking grows ominous as the tests on Hooper get more and more dangerous. He comes to realize that there is a lot below the surface that he cannot understand. Even the songs sung in the cafe are a warning: "Whatever you say, say nothing."

Wise advice. If only Hooper had listened.