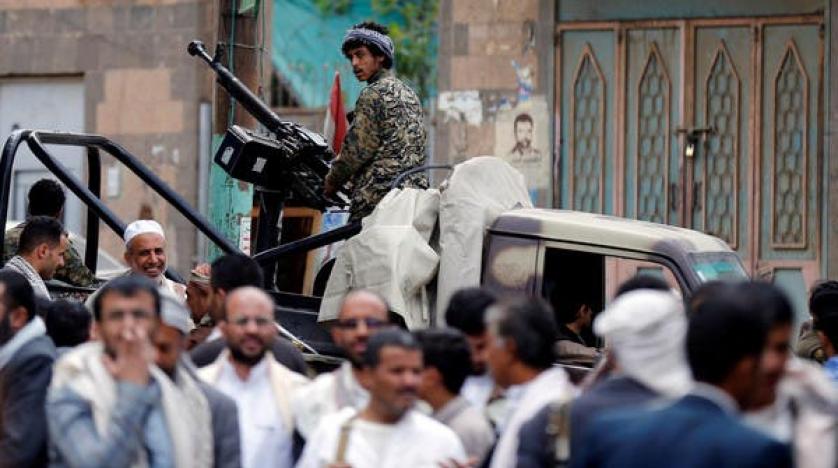 The Yemeni government warned that Iran intends to send weapons and military expertise to the Houthi group, with its recent appointment of a “military ruler” as Tehran's ambassador to Sanaa.

Yemeni Minister of Information Muamar al-Iryani said that Tehran’s appointment of a new ambassador to the Houthi militia in Sanaa is a blatant violation of the international norms and agreements.

He warned that this reaffirms Iran's political and army support to the coup led by the Houthi militias.

Yemen’s Saba News Agency quoted Iryani as saying that Tehran is sending to Sanaa an officer who worked under Qasem Sulaimani, and made recent statements on plans to sell weapons to the Houthis.

According to the information, the new appointee is a top commander who specializes in anti-crafts weapons and also trains elements, said the Minister.

Speaking about the undersecretary at Yemen's Information Ministry, Najib Ghallab, explained that sending an officer of al-Quds Force and a specialist in militia training, who was close to Soleimani, indicates that Iran wants to prolong the war in Yemen and obstruct political solutions.

Ghallab believes that the appointment of the commander as the extraordinary and plenipotentiary Ambassador is a cover for his military role.

The Iranian official will become the military ruler of the areas under Houthi control and the supervisor assigned by the Religious Authority to manage agents in Yemen, according to Ghallab.

The Yemeni top official believes that legitimizing the role of the military ruler in Yemen through his appointment by the Ministry of Foreign Affairs reveals the extent of Iran's violations of the international laws and norms.

He believed that this blatant Iranian interference should prompt the international community to take a decisive action to include Yemen under Chapter Seven and expand the intervention of the Security Council to end the coup.

Ghallab also believes that this should lead to tough decisions against Iran that acts as a state sabotaging international peace and security.