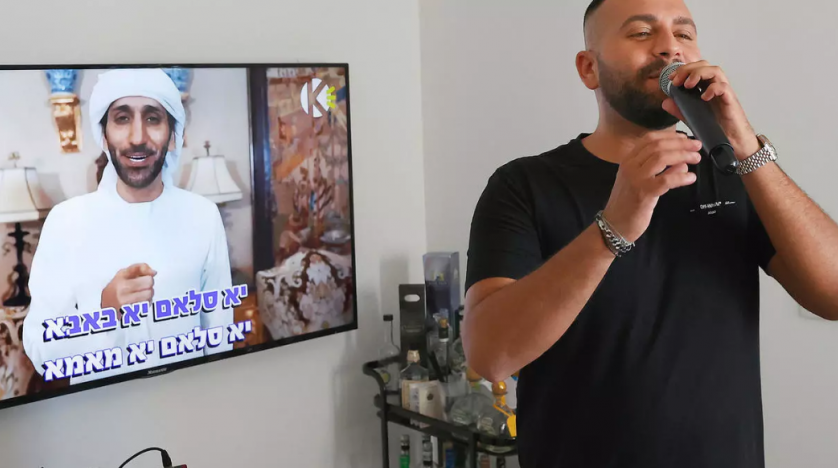 The scene cuts from Dubai to Tel Aviv, the lyrics switch from Arabic to Hebrew to English and the song is a slightly kitsch electro-pop duet by artists who, for now, remain apart.

The normalization of ties between Israel and the UAE has produced its first musical collaboration: "Ahlan Bik", or "Hello you" in Arabic, AFP reported.

"This is a historic moment," said Israeli singer Elkana Marziano, whose duet with Emirati artist Walid Aljasim has clocked more than 1.1 million YouTube views since it was posted on September 30.

Marziano, 28, is a former winner of Israel's version of The Voice, a singing competition TV show, and an Arabic speaker influenced by the Mizrahi culture of Jews from the Arab world.

He told AFP that he and Aljasim had collaborated over the Zoom video-conferencing service, with some parts of the song recorded in Dubai and others in Israel.

"The understanding was immediate," Marziano said of the partnership.

One online commentator, who posted under the name Shaked Sharon, said: "With this song, you feel the new Middle East."

Marziano said it was a "personal victory" to see young Israelis and Emiratis interacting online to discuss the song on his YouTube page, adding that he is planning a live concert with Aljasim when the coronavirus pandemic ends.