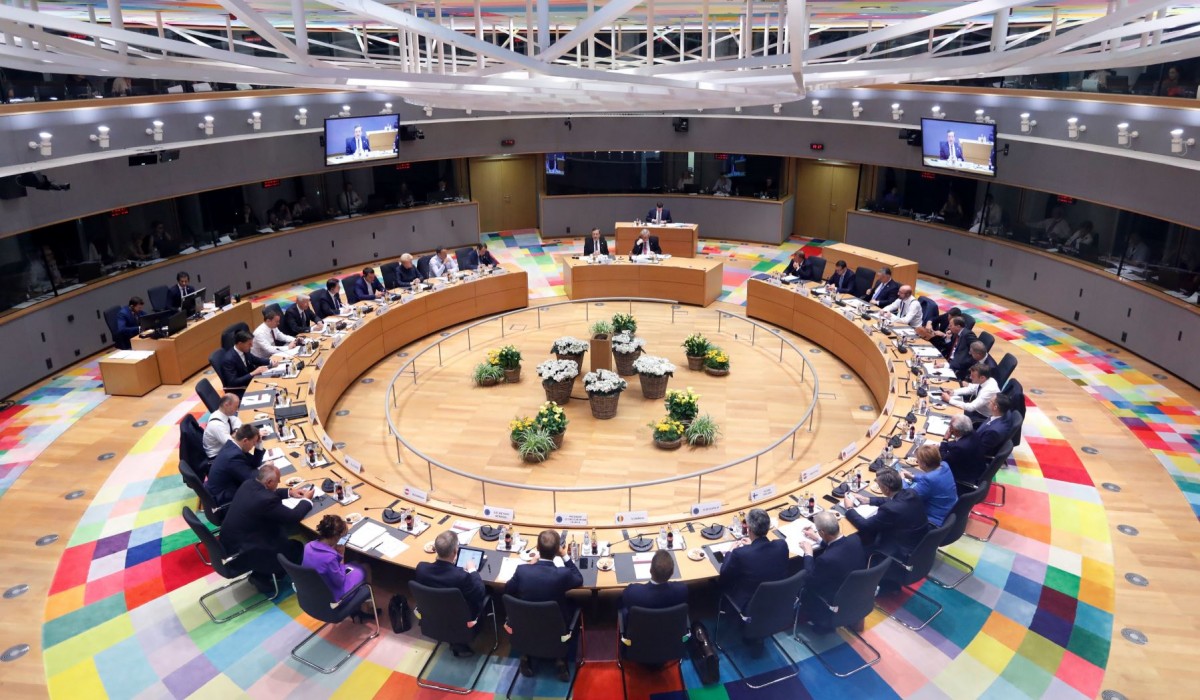 Greece and Cyprus pushed for a tougher European Union response to Turkey’s natural gas exploration in contested Mediterranean waters at an EU summit on Friday, after Ankara restarted operations of a survey ship.

Two weeks after their last summit where leaders discussed economic sanctions, the EU has so far failed to persuade Ankara to stop exploring in waters disputed by Greece and Cyprus.

Turkey said on Wednesday it was restarting operations of a survey ship that it withdrew last month, Reuters reported.

“I sincerely hope that we will be able to strongly and unanimously support Greece and Cyprus against the newest provocations made by Turkey,” Slovenian Prime Minister Janez Jansa told reporters as he arrived at the summit.

France and Germany said earlier this week that Turkey had only “weeks” to revise its stance and stop what they also said were provocations, but declined to give a strong ultimatum as Athens and Nicosia would like.

EU leaders had agreed on Oct. 2 to give Turkey until early December before considering economic sanctions and Germany, which has so far led diplomatic talks with Ankara, wants to give dialog a chance because of close EU-Turkey trade ties.

“There will be an effort to give a strong warning (to Turkey),” a senior EU diplomat said.

Cyprus is frustrated that, in addition to the Turkish exploration ship off a Greek island, Turkey has sent another vessel to Cyprus’s economic zone to conduct seismic surveys.

EU member Cyprus is also furious that Turkish Cypriot authorities have partially reopened the beach town of Varosha, a former resort area fenced off and abandoned in no-man’s land since a 1974 Turkish invasion that split the island.