UN Official Urges Israel to Either Charge or Release Akhras 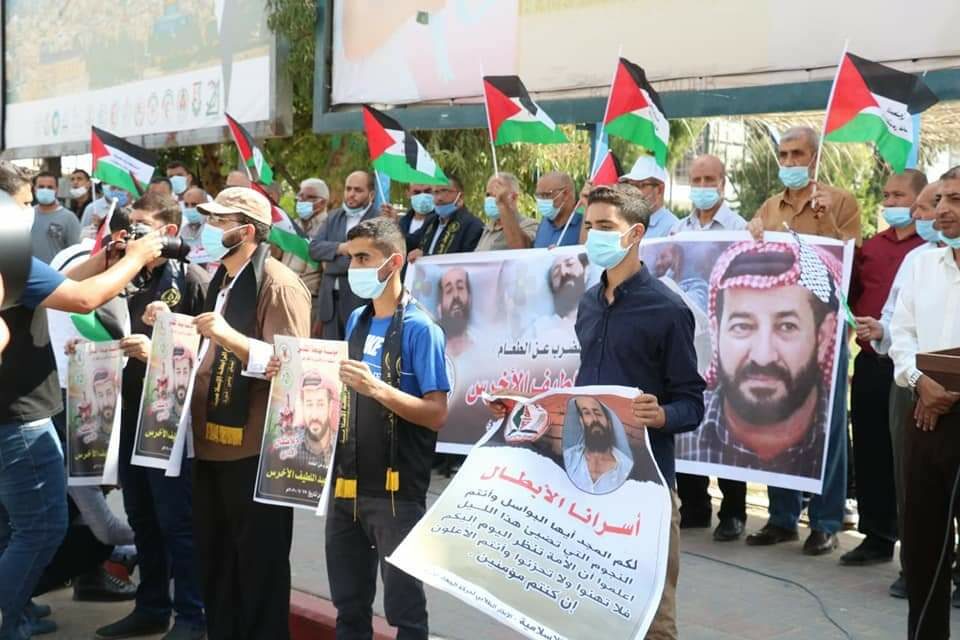 The United Nations Special Coordinator for the Middle East Peace Process, Nickolay Mladenov, has expressed concern about the condition of Maher al-Akhras, a Palestinian held in an Israeli jail and on hunger strike for 81 days.

Mladenov’s office told WAFA news agency that the Special Coordinator has called on Israel to either charge Akhras, specify a time for his imprisonment, or immediately set him and all administrative detainees free.

Akhras, 49, was arrested on July 27 and was placed in administrative detention, a policy that Israel uses to hold suspects without charge. He was then moved to Hawara Camp where he began a hunger strike.

Israel’s Supreme Court refused to immediately release Akhras, postponing its decision to October 26. This prompted him to continue with his hunger strike.

Health Minister Mai al-Kaileh urged international and humanitarian organizations to intervene. She said that there is a Palestinian father dying from hunger while chained to his bed in an Israeli hospital.

Spokesman for the Commission of the Detainees and Ex-Detainee Affairs Hassan Abed Rabbo confirmed that the prisoners who are affiliated with the Fatah movement and the Popular Front movement began the hunger strike in solidarity with Wael Al-Jaghoub, Hatem Al-Qawasmi and Omar Kharwat who are held in solitary confinement by the Israeli prison service.

For his part, Akhras addressed those who showed solidarity with his cause, expressing determination to remain on hunger strike. He will not have food anywhere but his house, he stressed, adding that the one condition to suspend his hunger strike is “freedom.”

UN 'concerned' about detention of rights workers in Egypt