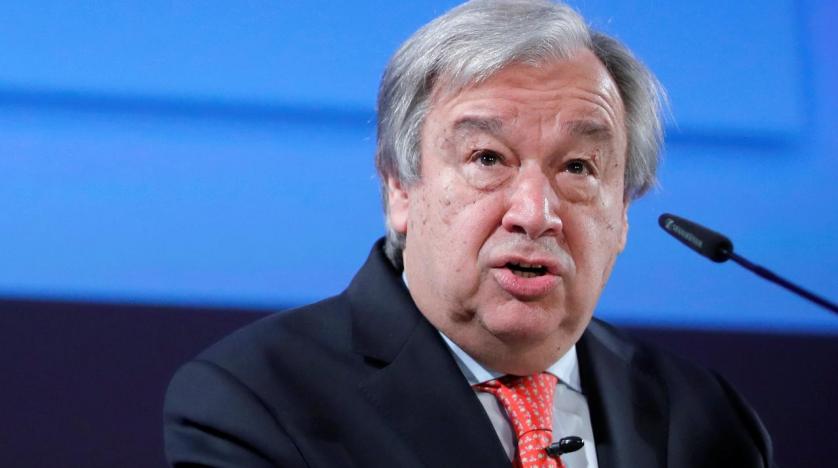 UN Secretary-General Antonio Guterres has expressed deep concern over the deterioration of the human rights situation in Iran.

In a report on Wednesday, the UN chief stressed that the human rights situation in Iran “remains a matter of grave concern due to the continuous and massive violations.”

He revealed “violent repression in which the security forces used excessive and lethal force in the face of nationwide protests in November 2019 and January 2020.”

Guterres also expressed concern over the implementation of the death penalty at high rates, including against child offenders.

He said the authorities are issuing charges against individuals who are critical of the regime, including human rights defenders, lawyers and journalists, imposing on them long prison terms.

The UN chief mentioned "reports of widespread acts of torture and arbitrary detention, as well as the continuing discrimination against women, girls and minorities."

Guterres urged Iran to hold fair trials in accordance with international conventions and respect the rights of citizens to free speech, assembly, and peaceful protests, and uphold the rights of minorities and political prisoners and civil, human rights, and labor activists.

In a related development, independent human rights experts have welcomed the release of long-imprisoned Iranian woman human rights defender Narges Mohammadi, after an Iranian court made use of a new law to reduce her sentence.

“We are encouraged that the decision of the Iranian judiciary has led to Ms. Mohammadi’s release after so many years in prison,” they said. “We hope that others who are currently detained arbitrarily – human rights defenders, lawyers, journalists, conservationists, prisoners of conscience and dual and foreign nationals – will also be freed.”

Mohammadi, released on October 8, has been imprisoned for her human rights work many times.

The experts said there are many other individuals who remain behind bars in Iran simply for exercising their human rights.

“We urge the Iranian authorities to also urgently review their cases, especially in light of the COVID-19 pandemic and its presence in Iran’s prisons, and to immediately release all individuals who are being arbitrarily detained in violation of international human rights law.”