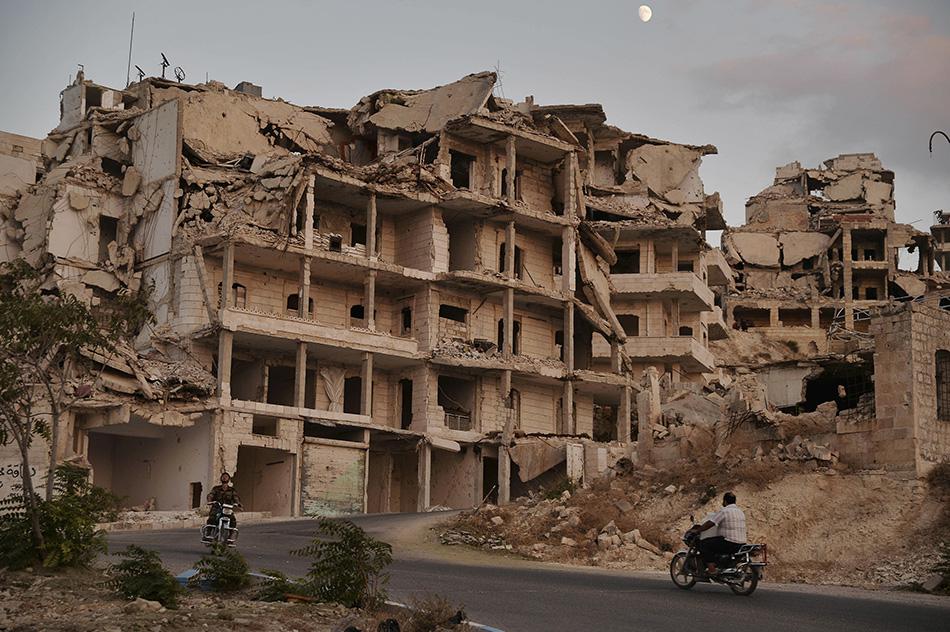 Attacks on civilian targets during a Syrian-Russian campaign in northeast Syria's opposition-held Idlib may amount to crimes against humanity, Human Rights Watch said Thursday, calling for sanctions against top commanders.

The rights watchdog published a 167-page report entitled "Targeting Life in Idlib" that documents 46 air and ground attacks on civilian facilities hit in the province.

The attacks "were apparent war crimes and may amount to crimes against humanity", HRW said.

The Syrian military and its Russian ally carried out the attacks between April 2019 and March 2020, killing at least 224 civilians, according to HRW.

The New York-based rights group stressed that the incidents it researched were only a fraction of the total number of attacks on civilians in that period.

"The repeated unlawful attacks appear part of a deliberate military strategy to destroy civilian infrastructure and force out the population, making it easier for the Syrian government to retake control," he said.

The military campaign against the last opposition bastion in the country, home to about three million people -- many of whom fled opposition-held towns recaptured by the government -- has displaced around a million residents.

A truce reached in early March has largely stemmed the fighting.

HRW based its report on interviews with more than 100 victims and witnesses, analysis of hundreds of photographs and videos taken on the site of attacks and on satellite imagery.

The group called for a UN resolution urging member states to impose targeted sanctions on officials responsible for the civilian deaths.

It named 10 Syrian and Russian civilian and military officials at the top of the chain of command behind the abuses against hospitals, schools and other civilian infrastructure.

"Concerted international efforts are needed to demonstrate that there are consequences for unlawful attacks, to deter future atrocities, and to show that no one can elude accountability for grave crimes because of their rank or position," Roth said.