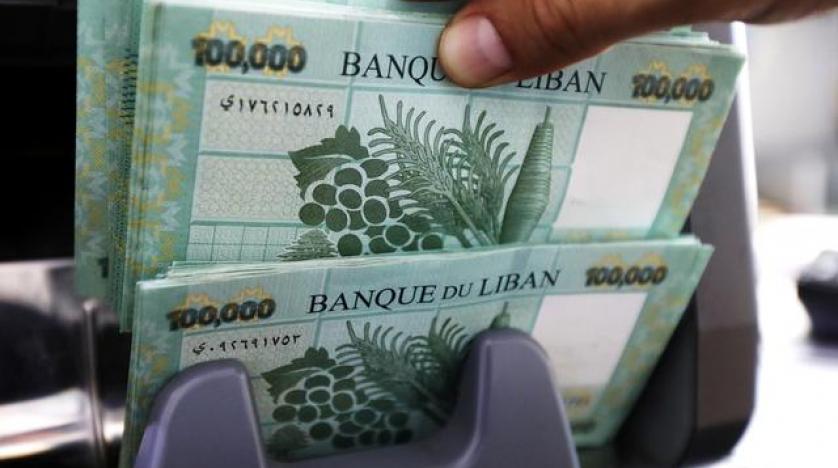 News circulated on Wednesday about limits set by banks for cash withdrawals on Lebanese pounds of up to LBP2 million per month, which is equivalent to around USD250 in the parallel market.

For extra spending, depositors will be allowed to use their electronic cards, which also have limits that vary according to the nature of the bank account.

More than 300,000 public sector employees have their full salaries transferred from the Central Bank to their bank accounts at the end of each month.

The same applies to the private sector, where workers have been suffering from reduced pay of up to 50 percent.

In both sectors, employees have a tendency to withdraw all their salaries to meet their basic needs on one hand, and ahead of possible decline in the currency’s exchange rate and its purchasing power on the other.

Sources said that in response to the new regulations imposed by Banque du Liban (BDL), some bank administrations have given verbal instructions to their branches to set new limits on withdrawals in lira not exceeding LBP2 million per month, regardless of the amount available in the depositor’s current account.

However, BDL Governor Riad Salameh was swift to deny fixing a limit. He stressed that the mechanism adopted by the central bank was aimed at setting limits for banks to withdraw from their current accounts at the BDL.

When these limits are exceeded, the required amounts are deducted from the banks’ frozen accounts, he added.

In remarks to a banker noticed an explicit discrepancy in the new regulation.

He said that while the governor has denied setting limits on depositor accounts, the withdrawal limits imposed on the banks would force them to apply the same regulations on their customers.

“Current LBP accounts belonging to banks are insufficient to meet the daily demands for LBP,” he explained.

“Any technical measure to control liquidity will be ineffective and have limited and temporary effects,” the banker stated, adding: “Putting new pressure on the already deteriorating monetary system will generate bad and unwanted repercussions on people's livelihoods.”