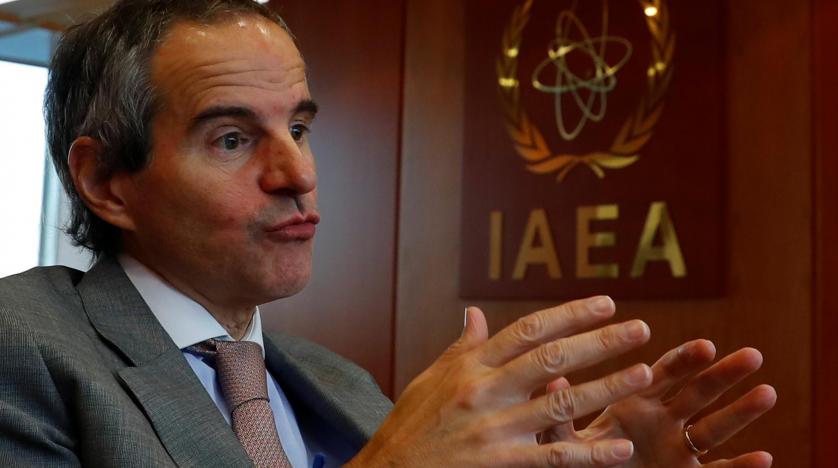 Several Iranian government agencies lashed out Tuesday at head of the International Atomic Energy Agency (IAEA) Rafael Grossi who told an Austrian newspaper that Iranians continue to enrich uranium to a much higher degree than they have committed themselves to.

State-owned ISNA news agency “sounded the alarm bell” concerning the IAEA’s technical and legal standing and its neutrality since Argentinian diplomat Grossi was appointed to succeed late Yukiya Amano as the new director-general of the United Nations nuclear watchdog in October 2019.

On Monday, Kazem Gharibabadi, Iran's ambassador and permanent representative to the Vienna-based international organization, also criticized Grossi for using irrelevant terms in his remarks on Iran’s nuclear program, saying such terms have no place in the IAEA’s documents.

“Drawing self-made criteria such as ‘breakout’ and ‘significant quantity’ for countries which are enriching uranium under the IAEA’s surveillance is non-relevant and has no status in the IAEA legal documents,” Gharibabadi stated.

The Iranian ambassador’s comments came a few days after Rafael Grossi told Die Presse that “the Iranians continue to enrich uranium, and to a much higher degree than they have committed themselves to. And this amount is growing by the month.”

Iran denies ever having had a nuclear weapons program, saying its nuclear program is purely for energy purposes.

Asked about how long Iran would need to build a nuclear weapon -- the so-called “breakout time”, Grossi said: “In the IAEA we do not talk about breakout time. We look at the significant quantity, the minimum amount of enriched uranium or plutonium needed to make an atomic bomb. Iran does not have this significant quantity at the moment.”

The most recent quarterly IAEA report on Iran last month said it had 2,105.4 kg of enriched uranium, far above the 202.8 kg limit in a 2015 deal with big powers but a fraction of the enriched uranium it had before the accord.

In late August, following a visit to Tehran by Grossi, Iran announced it would allow the IAEA access to two sites.