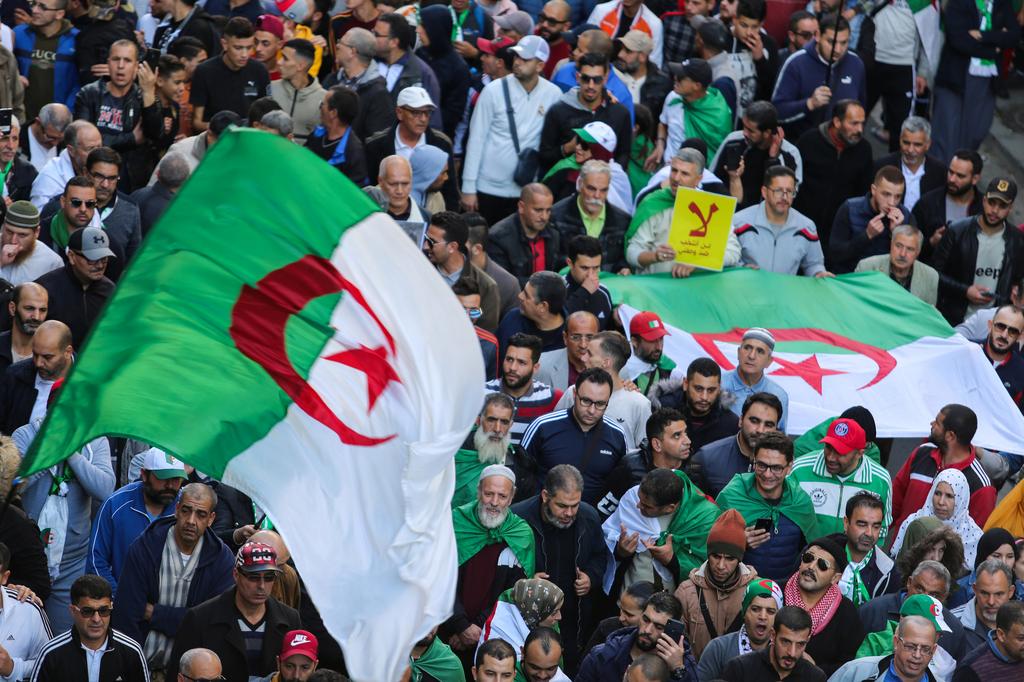 Former Algerian prime ministers Ahmed Ouyahia and Abdelmalek Sellal are facing new heavy prison sentences on charges of corruption and “squandering of public funds.” They are also accused of allowing businessmen to benefit from public projects and deals, enabling them to gain "illicit profits."

A trial on Monday discussed the reports of the security services regarding the investigations into projects obtained by prominent businessman Ali Haddad, the main defendant, who was convicted last month to 18 years in prison.

Ouyahia and Sellal were sentenced to 12 years in prison each.

Controversy erupted at the beginning of the trial regarding the extent of specialization of the Court of Appeal in a case concerning the term of a former prime minister. The defense teams of Ouyahia and Sellal demanded that the State Supreme Court takes over their trial, as stipulated in the constitution.

However, this judicial entity does not exist given that it wasn’t established by authorities, and therefore the judge estimated that their trial must take place within the framework of available entities within the regular judiciary.

The debate took a long time and ended after the lawyers agreed to continue pleadings on behalf of their clients.

The trial of Ouyahia and Haddad took place remotely because they are located in two different prisons far from the capital.

Sellal, along with several imprisoned former ministers and state officials, were brought to the court in Algiers. Some of them are on trial for corruption cases relating to their time during the term of former President Abdelaziz Bouteflika.

During his questioning about Haddad, Ouyahia indicated that the "National Council of Investment," which includes several ministers and military officers, studies all public deals and rejects or approves them. He stressed that the decision is not up to him alone within his capacity as the head of the Council.

Ouyahia argued that the case includes facts attributed to him at a time when he was not the prime minister.

Earlier this year, the judiciary condemned Ouyahia to 15 years in prison, and Sellal to 12 years on corruption charges related to the period when Bouteflika was absent from the political scene due to illness.