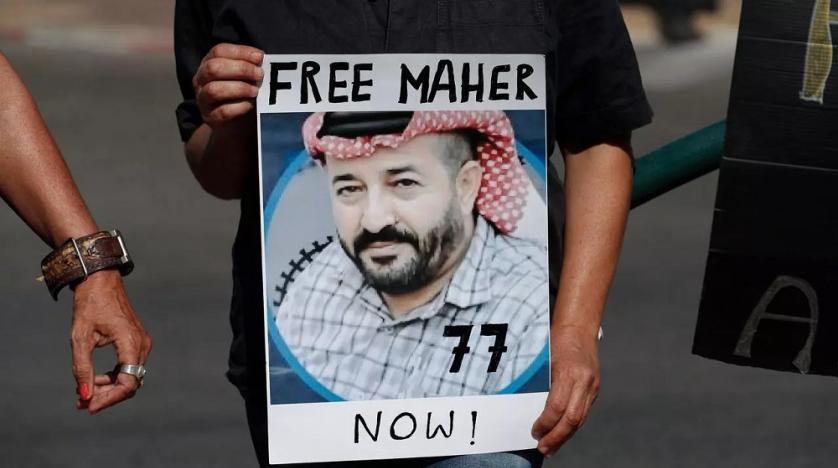 Palestinian Prime Minister Mohammad Shtayyeh demanded the immediate release of a Palestinian man, who has been detained by Israel and on hunger strike for 79 days.

Shtayyeh held the Israeli government accountable for his life.

During a Palestinian cabinet session, the PM urged the international community to exert pressure on Israel to halt its illegal practice of administrative detention that has affected 350 prisoners, including Maher al-Akhras.

Akhras, 49, was arrested on July 27 and was placed in administrative detention, a policy that Israel uses to hold suspects without charge. He was then moved to Hawara Camp where he began a hunger strike.

After that, he was transferred to Ofer Prison where his health deteriorated. He has since been moved to Israel's Al-Ramla prison clinic.

On Monday, Israel’s Supreme Court refused to immediately release Akhras, postponing it to October 26. He said he will continue with the hunger struck.

Akhras was transferred in early September to Kaplan Hospital, south of Tel Aviv, where he is in critical condition.

Akhras has been detained several times by Israel. He was arrested first time back in 1989 and held for seven months. The second arrest took place in 2004 and he was held for two years. In 2009, Israel detained him for 16 months and 2018 for 11.

The Palestinians and human rights groups say administrative detention violates the right to due process, since evidence is withheld from the prisoner while they are held for lengthy periods without being charged, tried or convicted.