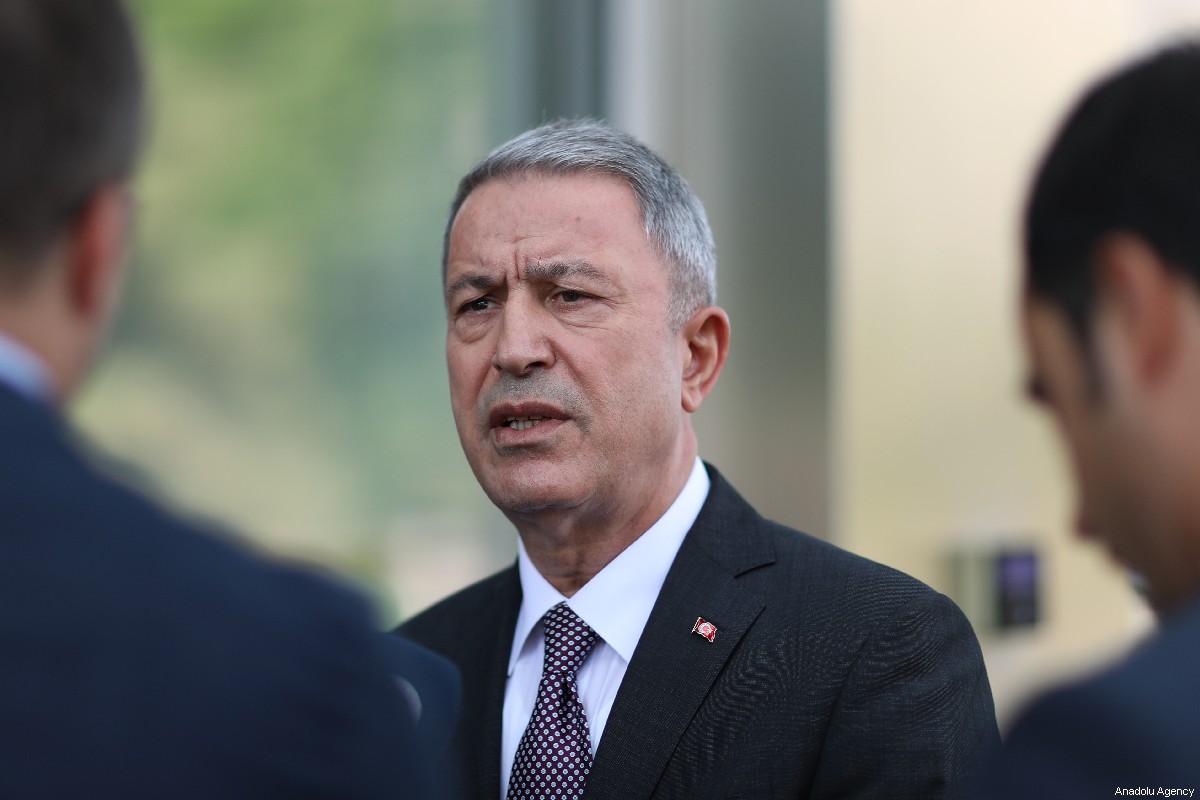 Turkey is calling for dialogue to resolve matters in the Aegean and Eastern Mediterranean regions, the country’s defense minister said Monday.

"Do not test us. Let's solve whatever needs to be done through talks, through dialogue," said Hulusi Akar, speaking at a ceremony marking the start of the new academic year at the National Defense University’s Air Force Academy.

Turkey is in favor of good neighborly relations, respecting bilateral agreements in accordance with international law and customs in resolving all its problems, he said on developments in the Aegean, Eastern Mediterranean and Cyprus.

On the other hand, Turkey has not seen such an approach from others or response to its efforts to resolve the problems in accordance with international law

Touching on the attacks by Armenian forces on Azerbaijani civilian settlements, Akar told how Armenia occupied 20% of Azerbaijani territories nearly 30 years ago.

He said that after Armenian attacks in July and September, Azerbaijan embarked on a struggle to reclaim its lands, saying "enough is enough.”

He reiterated Turkey's support for Azerbaijan over Upper Karabakh.

Although Azerbaijan complied with the cease-fire, Armenia broke it, he said.

“They continued their attacks on Ganja and other lands, targeting the civilian residents there with missiles in a very brutal way. Therefore, the entire world must see that they understand nothing except might.

“Azerbaijan will not stop until Armenia evacuates the territories it occupied and removes the mercenaries and terrorists,” he added.

Relations between the two former Soviet republics have been tense since 1991, when the Armenian military occupied Nagorno-Karabakh.

Some 20% of Azerbaijan's territory has remained under illegal Armenian occupation for three decades.

Four UN Security Council and two UN General Assembly resolutions as well as many international organizations demand the withdrawal of the occupying forces.

The OSCE Minsk Group -- co-chaired by France, Russia and the US -- was formed in 1992 to find a peaceful solution to the conflict, but to no avail. A cease-fire, however, was agreed to in 1994.

Many world powers including Russia, France and the US have called for a new cease-fire. Turkey, meanwhile, has supported Baku’s right to self-defense and demanded the withdrawal of Armenia’s occupying forces.

Highlighting the 500 years of historical brotherly ties between Turkey and Libya, Akar said Turkey is in Libya in line with an agreement with Libya's UN-recognized government.

He said Turkey's activities in Libya are carried out in accordance with international law.

“In this context, we have done whatever needs to be done to ensure their unity and integrity and to ensure the security of their country together with our Libyan brothers there, and we continue to do so,” he added.

Libya has been torn by a civil war since the ouster of Muammar Gaddafi in 2011. The country's new government was founded in 2015, but efforts for a long-term political settlement have failed so far.

Akar said that Syria’s Bashar al-Assad regime has killed thousands of people in Idlib, adding Turkey is there to stop and prevent it.

Over 400,000 Syrians returned to their homes safely and voluntarily after the activities of the Turkish Armed Forces, he stated.

“Our talks with the Russians continue. In order to reach some political solutions through peaceful ways and methods, we are continuing our efforts by holding inter-delegation meetings in Ankara and Moscow," he added.

Idlib falls within a de-escalation zone forged under an agreement between Turkey and Russia.

The region, lying along Turkey's southern border, has been the subject of multiple cease-fire violations by the regime and its allies.

An influx of displaced civilians has increased its population to about 4 million in recent years.

Syria has been locked in a vicious civil war since early 2011, when the regime cracked down on pro-democracy protests with unexpected ferocity.