Mexico’s president on Friday said he suspected political interference behind a new migrant caravan in Central America, promising to keep his country out of the U.S. presidential race as the group splintered and some began turning back.

More than 2,000 migrants, many wearing face masks against the coronavirus, barged past Guatemalan troops at the Honduras-Guatemala border on Thursday. Some said they were seeking to escape poverty aggravated by the pandemic.

President Andres Manuel Lopez Obrador, who has taken steps to curb illegal immigration so as to avoid entanglements with his U.S. counterpart Donald Trump, suggested that the caravan’s departure from Honduras had been timed to provoke.

“It is very weird, very strange,” Lopez Obrador told a news conference. “It’s a matter that I believe is linked to the U.S. election.”

He said he did not have definitive evidence to support that claim, but his words turned up pressure on the migrants. They split into three groups on Friday, amid a growing realization that even making it to Mexico would be a risky journey.

Eager to avoid upsetting Trump, who insulted and threatened Mexico repeatedly in his 2015-16 election campaign and has made cracking down on illegal immigration a priority during his presidency, Lopez Obrador has since last year used thousands of troops to reinforce Mexico’s border regions.

A surge in migration and caravans resulted in threats from Trump to impose tariffs on Mexican trade in 2019.

A few hundred migrants at the Guatemalan-Honduran border turned back on Friday morning, according to a Reuters witness. Many said they were worn out, short of food and worried that a tough reception awaited them further along the road.

“We’re going back ... because the (Mexican) president said we weren’t following the rules and that we were breaking many laws,” said Nelson Aguilera, who joined the caravan in Honduras with his wife and daughter on Thursday.

Lopez Obrador said his government had made a “major effort” to avoid becoming caught up in the U.S. presidential election, noting that Mexico and immigration were far down the list of issues being debated in the campaign this year.

Guatemala has invoked special powers to give security forces more latitude to break up the caravan, while Mexico tightened border sanitary checks and said it could imprison anyone who endangered the health of others for up to 10 years.

Authorities in Guatemala said on Friday morning 108 migrants had gone back to Honduras, and that rest of the caravan had split into two. One group headed for Guatemala’s Peten region, and the other for the Mexican border city of Tapachula, they said.

Social pressure has been building in Central America, where strict lockdowns have battered local economies and spread hunger, while some restrictions on freedom of movement that slowed traditional migrant flows toward the United States have recently been relaxed.

Adding to their discomfort, many of the migrants had to spend Thursday night in the open because churches and other shelters remain closed because of coronavirus risks. 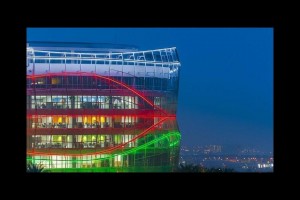