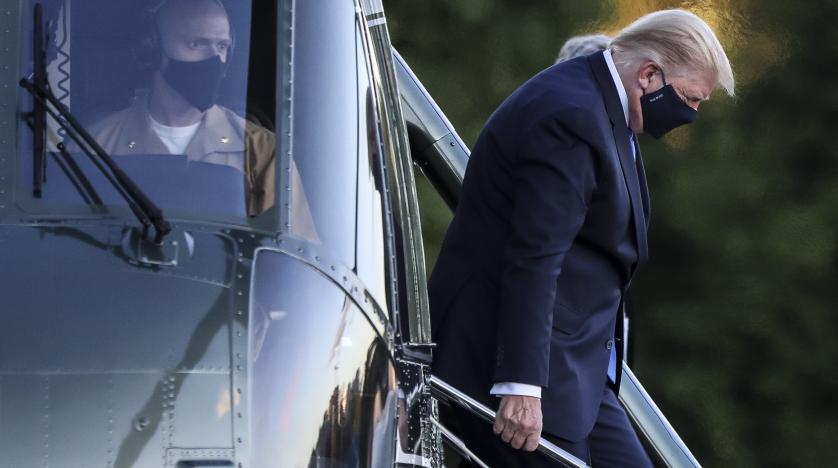 US President Donald Trump entered Walter Reed Military Hospital near Washington, on Friday, where he is undergoing an experimental treatment for Covid-19, which led to his removal from the election campaign a month before the polls.

After being absent from the public square since his surprise announcement that he and First Lady Melania had contracted COVID-19, Trump was seen leaving the White House on Friday evening without any assistance as he puts a muzzle on his way to the presidential helicopter that took him to the hospital in suburban Washington for treatment.

In an 18-second video clip recorded inside the White House and posted on Twitter, Trump broke his silence saying he would be hospitalized but "I think I'm in very good shape." "We will make sure that things are going well," he added, adding that the first lady was also "in very good shape."

White House spokeswoman Kylie McNani said Trump was receiving remdesivir after consulting with specialists. She added in a statement that the president "does not need additional oxygen."

And she indicated earlier that "in a precautionary measure, and on the recommendation of his doctor and medical experts, President Trump will work from the presidential offices at Walter Reed during the next few days."

This sudden development adds to the blurring of the situation regarding the upcoming US elections on November 3, as Trump, who lags behind his Democratic opponent Joe Biden in opinion polls, has been forced to freeze a large part of his campaign.

Read More: Trump's election campaign directs all of its employees who have been in contact with quarantine

At first, the president's aides gave upbeat assessments of Trump's condition, and White House chief of staff Mark Meadows said the 74-year-old had mild symptoms, was in good spirits and was feeling very energetic. But later on Friday, a letter from White House physician Sean Connelly indicated a more serious situation.

Conley said Trump received a dose of the antibody cocktail from Regeneron, a treatment in the clinical trial phase, but that regulators have yet to approve its widespread use.

The son of President Donald Trump, Jr., told "Fox News" that his father "takes it very seriously, of course, but he's a fighter."

Trump's illness turned the race to the White House upside down after Biden suddenly found himself alone in the campaign trail and was able to prove that his more cautious approach to COVID-19 was justified. 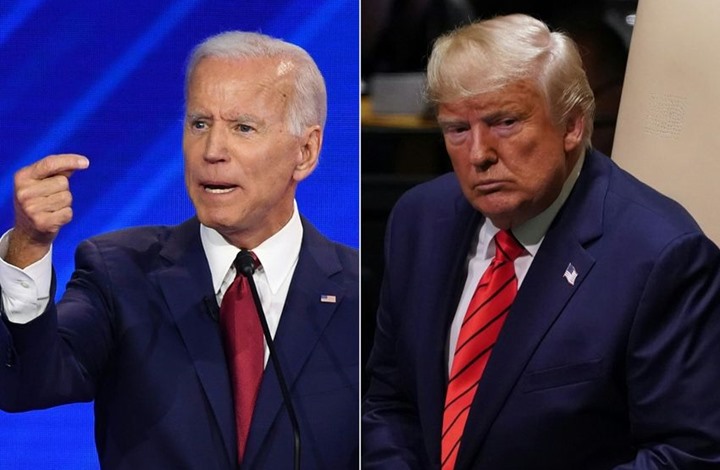 Biden has made Trump's management of the epidemic crisis, especially mixed messages about wearing masks, the focus of his election campaign, while Trump has repeatedly tried to divert attention to areas where he feels powerful, such as the economy.

Biden, who stood close to Trump for 90 minutes, announced during the first debate between the two candidates Tuesday in Cleveland that the results of the Corona virus test for him and his wife, Jill, were negative on Friday. In a move that underscores the advantage he suddenly gained in the presidential race, Biden, 77, traveled to Grand Rapids in Michigan, where he is scheduled to hold a party rally. He said he was praying for Trump and his family, and his campaign announced it would remove all negative ads.

"This is very important so be patriotic," Biden told supporters in Michigan, commenting on the issue of wearing masks. It is not a matter of obstinacy. It is about participating in the team effort. This is not a policy issue. It is a strong reminder to all of us that we must take this virus seriously. It will not disappear automatically. ”

The Trump campaign said all planned events related to the president have been postponed or will take place online, starting with the cancellation of a gathering in Florida on Friday and another in Wisconsin on Saturday and others in western states such as Arizona next week.

The announcement of Trump's infection with the virus came after Hope Hicks, one of his close advisers, was tested positive, raising fears of a possible cluster of infections in the heart of the White House. Trump met dozens of people during the week, and media reports said he attended a fundraising campaign in New Jersey after Hicks was confirmed to have the virus.

The White House said it was tracking Trump contacts, while a spokeswoman for Melania Trump said that the couple's son, 14-year-old Barron, had tested negative.

But Killian Conway, a former White House aide, announced Friday night that she had the virus and had mild symptoms.

As a 74-year-old obese person, Trump is again among those most at risk of contracting COVID-19.

Daniel Griffin, a physician specializing in infectious diseases, told AFP that Trump is at a 20 percent risk of contracting so severely from the disease that it may warrant an oxygen supply

Biden breaks a record and gets more than 80 million votes