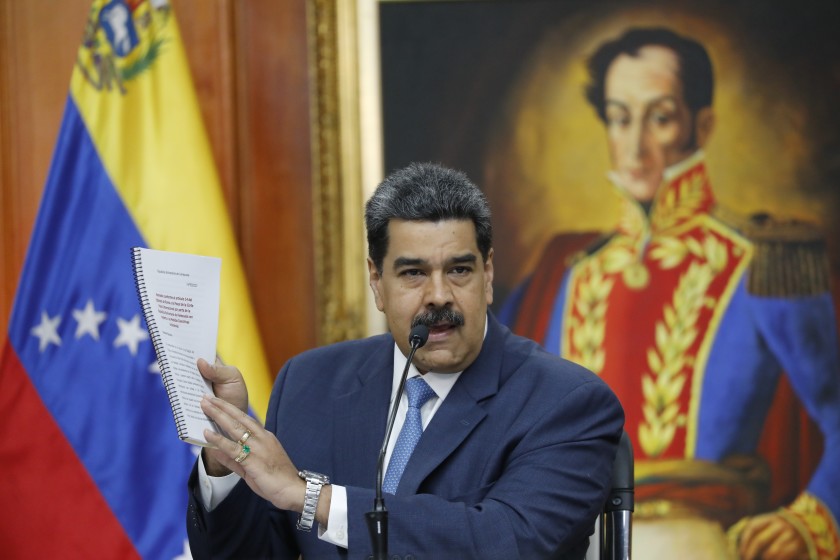 Venezuela's oil revenue has collapsed 99 percent over the last six years, President Nicolas Maduro said, blaming financial sanctions put in place by the US for much of the loss.

The country is home to the world's biggest oil reserves but has seen its economy shrink by more than half under Maduro, the political heir to leftist firebrand Hugo Chavez who died in 2013.

Thirty billion dollars have been lost each year since 2015, Maduro said Tuesday, adding "it's impossible to imagine the amount of pressure placed on our economy."

"For every 100 dollars obtained through oil sales in 2014 we receive one today," which means oil revenues fell from more than 56 billion dollars in 2013 "to less than 400 million dollars last year".

Venezuela's socialist government is targeted by a slew of international sanctions, including a US oil embargo.

Between 2014 and 2019 Venezuela experienced the "sharpest" foreign exchange losses in its history, Maduro said.

"In six years we lost 99% of our foreign exchange revenues."

He added that the main reason for the huge drop in revenues was "the war declared on oil prices," to "attack the world's major producers," and said his country's economy and finances were being targeted.

Experts recognize sanctions have exacerbated the crisis in Venezuela, but say the main problem is poor economic management and corruption.

A July report from private company Envoci said that in 2019 about 96 percent of households lived in poverty, up from about 92.6 percent the year before.

Venezuela plans to use Russian and Chinese coronavirus vaccines