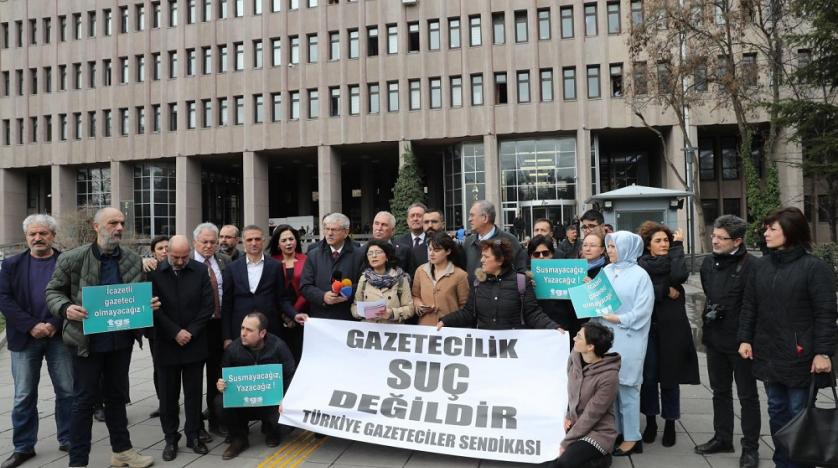 Turkish authorities blocked the website of Yeni Yasam newspaper, days after its editor-in-chief and its news director were sentenced to prison for violating Turkey’s national intelligence laws and disclosing secret intelligence information on the funerals of two Turkish agents who were killed in Libya in February.

The newspaper issued a statement Monday announcing that the Information Communication and Technologies Authority (ICTA) executed the decision banning access to its website without stating the reason for such a decision.

The ruling was issued on September 15 by the First Circuit of the Magistrate and Penal Court in Hatay.

The decision came after authorities ordered the imprisonment of the newspaper’s editor, Mehmet Ferhat Celik, and the news director Aydin Keser, for reporting the funerals.

They were sentenced on September 9 to four years and eight months in prison on charges of exposing information and documents relating to intelligence activity.

Seven other journalists were also referred to trial on charges of revealing state secrets, after covering the death of the intelligence officers in Libya and exposing security agents who attended the funeral.

The charges against the journalists focus on articles and social media posts published after Turkish President Recep Tayyip Erdogan's statement last February, in which he spoke about the Turkish military casualties in Libya.

In August, a Turkish court rejected a request to release journalists Baris Pehlivan and Hultay Kilinc from Odatv news website, and Murat Agirel, a columnist for Yenicag.

The court rejected the three journalists' request given the evidence against them, such as well-sourced reports confirming a strong suspicion of crime, criminal complaints from the National Intelligence, and witness statements.

It also claimed there was evidence that they could escape the country or hide.

Defense lawyer for the three journalists, Hasan Ersuz, refuted the decision, saying the witness statements did not bear any charges against them.

He also indicated that there is no suspicion that they would flee the country, or that evidence could be destroyed, stressing that the Constitutional Court must consider the request to release them.