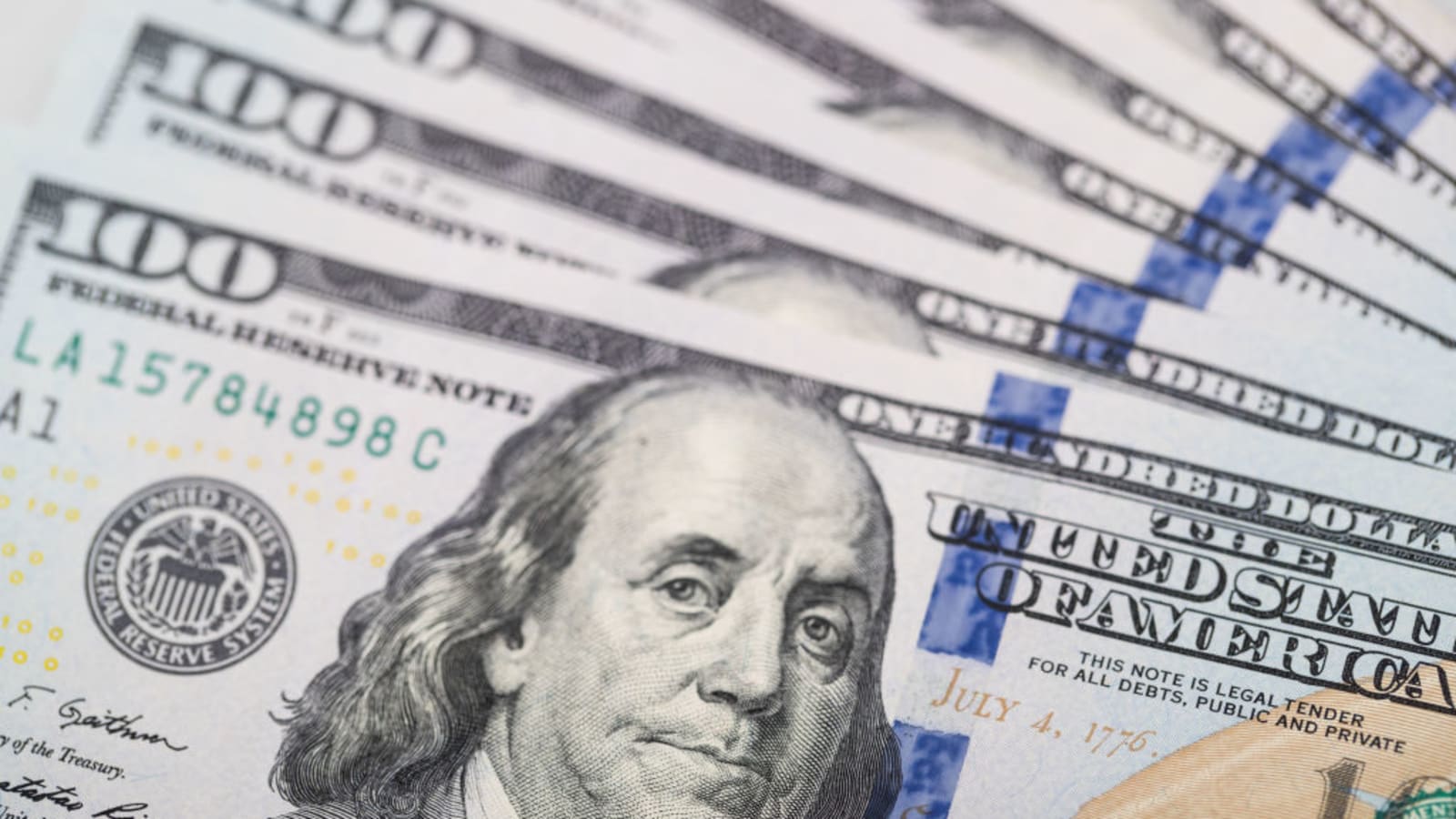 The dollar hovered near a two-month peak against a basket of currencies on Monday as doubts about economic recovery persisted before a barrage of economic data and political developments in the United States.

A rebound in US stocks on Friday has helped curb the ascent of the dollar, considered a safe haven, but signs of slowdown in the nascent recovery from the pandemic and political uncertainties have kept investors on guard.

The dollar index slipped to 94.21. It reached a two-month high of 94.745 last week and posted its biggest weekly rise since early April. Against the yen, the dollar was more subdued at 105.36 yen.

The pound jumped to $1.2896 on hopes Britain could secure a Brexit trade deal with the EU.

"Last week, widening credit spreads as seen in iTraxx Crossover and in European financials were seemingly a key driver for weakness in euro/dollar," said Christin Tuxen, head of research at Danske Bank.

"Indeed, rising global and notably European risk aversion continue to be clearly US dollar positive, and notably investors entered this period of questioning the risk/reflation/recovery theme stretched on dollar shorts."

Data on US currency futures positions released on Friday also pointed to further upside potential for the dollar, with speculators holding a big net short position in the currency which they could move to cover if the greenback moves higher.

US Commodity Futures Trading Commission data showed speculators held a net short position of $33.989 billion , up from $31.524 billion the week before and near the highest level in almost 10 years.

The flip side of that was a large net long positions in the euro, which showed a slight increase last week to $27.922 billion.

"We think euro/dollar should find good long-term demand below the 1.1600 area, but really require some better news on the global recovery - effective lockdowns, vaccines, new stimulus - before the euro/dollar rally fully resumes," ING said in a note to clients.

Investors are now looking to the first US Presidential debate on Tuesday.

"Few people will be trying to bet on the election outcome. At least they will wait until tomorrow's TV debate," said Kyosuke Suzuki, director of forex at Societe Generale.

The New York Times reported on Sunday that President Donald Trump paid little in income taxes in recent years, claiming heavy losses from his business enterprises that offset hundreds of millions of dollars in income.

Meanwhile, worries are growing that the economic recovery is slowing as many stimulus programmes have expired, curbing consumer spending.

The week provides markets with more data on the health of the world's biggest economy, including consumer confidence on Tuesday, a manufacturing survey and consumer data on Thursday and jobs data on Friday.

The lira had enjoyed a rare bounce after an interest rate increase late last week, but the gains faded amid scepticism about how it would filter through into financial market rates.

Dubai to Drop Banknotes in Payments