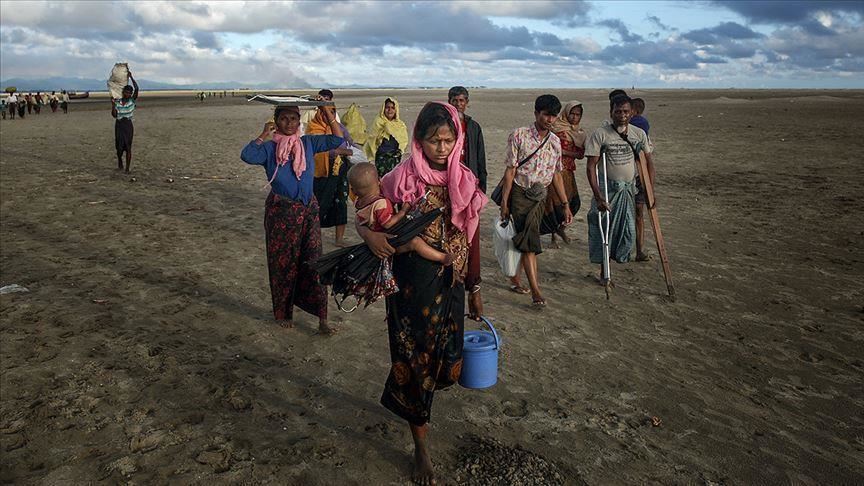 Speaking at the UN General Assembly Saturday, Bangladesh’s prime minister reiterated her call for the global community to actively step up to solve the Rohingya issue and the crisis it has caused in Bangladesh.

“More than three years have been passed but not a single Rohingya could be repatriated. The Rohingya crisis was created by [neighboring] Myanmar and the solution lies in Myanmar,” Sheikh Hasina said in her virtual speech at the 75th UN General Assembly.

“Bangladesh has a painful experience of genocide, crimes against humanity on its people, and a struggle for independence, and such an experience motivated Bangladesh to support the legitimate demands of the Palestinian people and also motivated it to allow and provide shelter to over 1.1 million forcibly displaced Myanmar nationals,” she continued, referring to the Rohingya who crossed the border starting in August 2017, fleeing a genocidal campaign in Myanmar.

She urged the world community take a more effective role to find a peaceful solution to the Rohingya crisis.

She described Bangladesh as a peace-loving nation, highlighting its contributions to the UN peacekeeping missions.

For the sixth time, she said, Bangladesh was the country providing the most peacekeepers to UN missions.

Hasina expressed hope that a COVID-19 vaccine will soon be available in the world as a “global public good.”

The Rohingya, described by the UN as the world's most persecuted people, have faced heightened fears of attack since dozens were killed in communal violence in 2012.

According to Amnesty International, more than 750,000 Rohingya refugees, mostly women and children, fled Myanmar and crossed into Bangladesh after Myanmar’s forces launched a crackdown on the minority Muslim community in August 2017, pushing their number in Bangladesh above 1.2 million.