Ultracold atoms can work together to shape or steer light 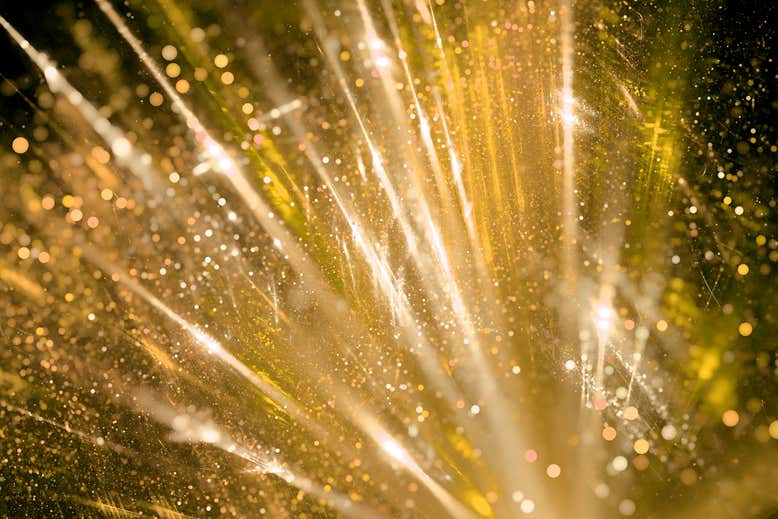 Extremely cold atoms can control the shape and direction of light when they work together, relying on a type of physics proposed more than 400 years ago but only now proven to be possible.

To shape light by manipulating both the electrical and magnetic interactions between it and atoms, previous research had to rely on specially designed metamaterials.

But Janne Ruostekoski and Kyle Ballantine at Lancaster University in the UK have now shown this can be done with naturally occurring elements, such as ytterbium and strontium. They calculated that controlling the behaviour of atoms cooled to a billionth of a degree Kelvin above absolute zero turns them into a powerful instrument for shaping light.

At these temperatures, the atoms move extremely slowly and can be controlled through quantum mechanical effects that are negligible at higher temperatures.

The researchers then used lasers to excite the atoms and coax them into one shared motion. They found that when the atoms act collectively, they can shape and steer light through their electrical and magnetic interactions with it. This shared behaviour allows them to act like a collection of electric charges or atomic magnets that affect the light.

Harnessing magnetic interactions in particular is a new and important aspect of this work, says David Wilkowski at the National University of Singapore, who wasn’t involved with the study.

This research also connects to the ideas of the 17th century physicist Christiaan Huygens. Ruostekoski and Ballantine effectively found a way to build a so-called Huygens’ surface out of ultracold atoms.

Each atom on this surface determines the shape of the emanating wave of light that passes through it, which makes it a tool for engineering light waves. This work could help us study quantum information and potentially improve quantum memory devices by using the cooperative atom-light interaction.

Ultracold atoms can work together to shape or steer light

Bringing a power tool from math into quantum computing