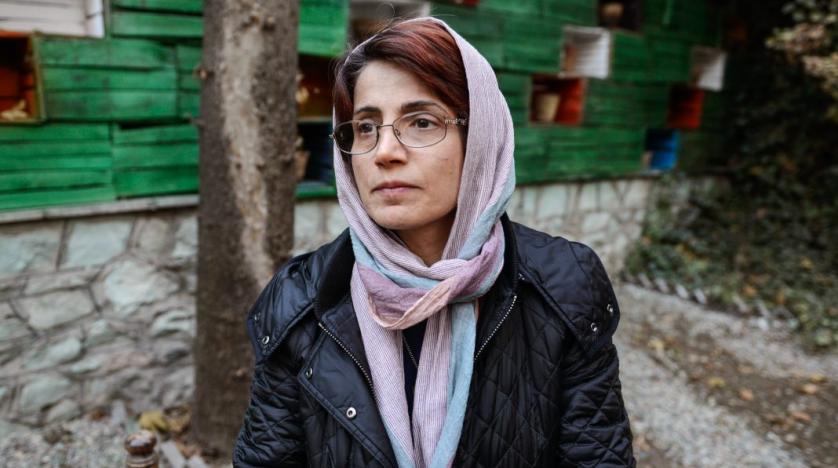 Jailed Iranian human rights lawyer Nasrin Sotoudeh has stopped a hunger strike she began more than 45 days ago due to health concerns, her husband said on Saturday.

Sotoudeh, 57, announced she was going on hunger strike last month to demand the release of political prisoners and focus attention on their plight due to the Covid-19 pandemic.

Last week, Sotoudeh's husband said she was hospitalized for five days before being returned to her prison cell. On Saturday, he said she had ended the hunger strike.

"We spoke briefly this morning. She decided to end the hunger strike in order not to worsen her heart problems," Reza Khandan told AFP.

On August 11, Sotoudeh and Khandan announced her hunger strike on social media.

They described the conditions faced by political prisoners detained on "unbelievable" charges as impossible to tolerate and said they were offered no legal hope of release as the pandemic engulfs Iran.

She is being held at Tehran's Evin prison, where other political prisoners are detained, including Iranian-French academic Fariba Adelkhah.

The novel coronavirus pandemic has so far killed at least 25,394 people in Iran and infected 443,086, according to official figures released on Saturday.