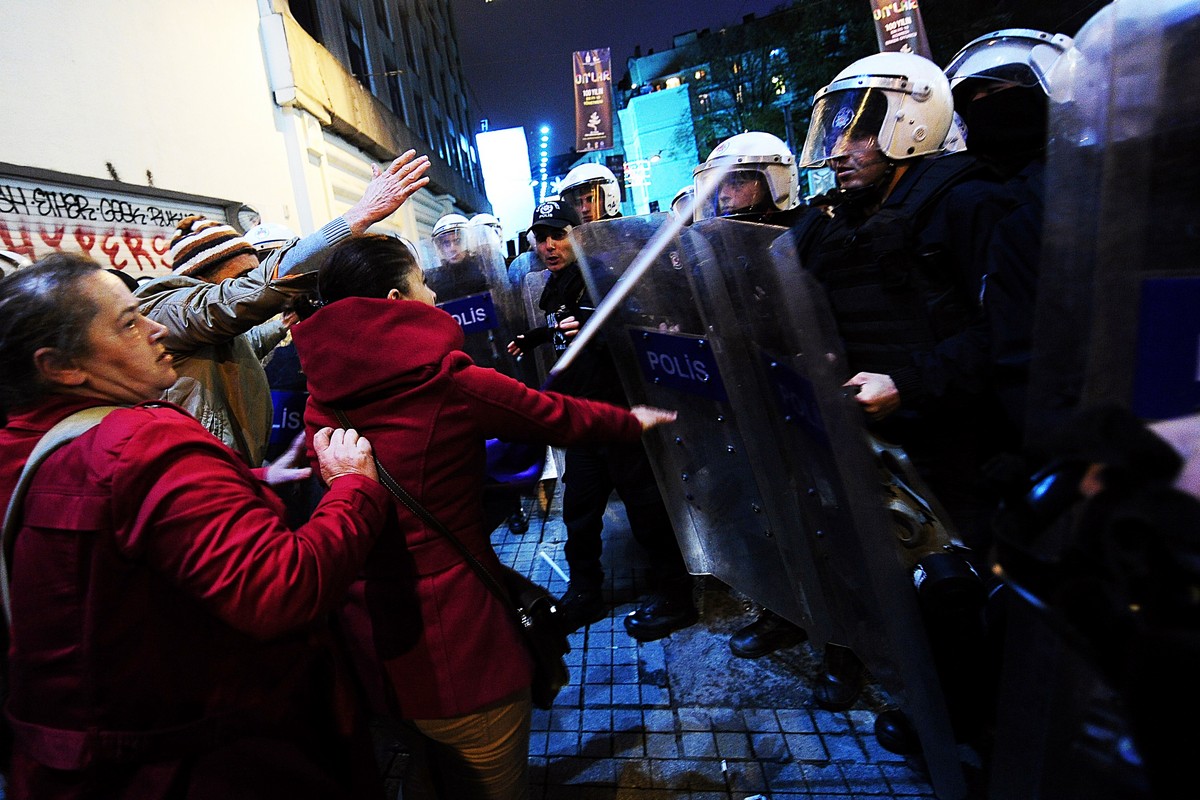 Turkish authorities today issued arrest warrants for 82 people, including an opposition party mayor, following protests in the town of Kobani six years ago.

The warrants date back to the October 2014 protests in Turkey sparked by the seizure of the mainly Kurdish Syrian town of Kobani by Daesh armed group.

Ankara accuses officials from the opposition Peoples’ Democratic Party (HDP) of urging people to take part in the protests that left 37 dead. The HDP, however, blames Turkish police for the violence.

Read More: Erdogan to Macron: ‘You cannot lecture us on humanity’

In a statement issued today, the Ankara chief public prosecutor’s office said police were on the hunt for the suspects in the Turkish capital and six other provinces.

“The Ankara Prosecutor’s Terror Crimes Investigation Bureau has launched an investigation into the [Kurdistan Workers’ Party] PKK terrorist organisation and its so-called executives, as well as certain political party executives and members … and, at the current stage, ordered the detention of 82 suspects,” the office said.

In its more than 30-year terror campaign against Turkey, the PKK has been responsible for the deaths of 40,000 people, including women, children, and infants.