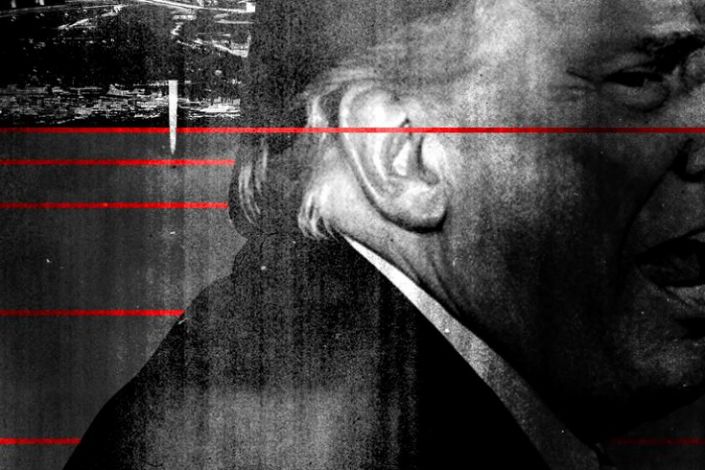 President Trump's campaign is reportedly in discussion with state and national Republicans to "bypass election results and appoint loyal electors in battleground states where Republicans hold the legislative majority." At least that's the report from a terrifying article written by Barton Gellman in The Atlantic. While this scenario is somewhat far-fetched, we should be clear that what Gellman describes here is tantamount to a coup, a complete break with the constitutional order that would unquestionably precipitate large-scale unrest and potentially the crackup of the United States. Could it actually happen?

Trump has been clumsily telegraphing this plot for months — not generally the smartest way to overthrow a government, which is best done in secret. It would unfold like this: The election result is closer than expected, and the ultimate winner remains unknown on election night, with millions of mail-in ballots to be counted in the decisive swing states. Trump declares victory when the (incomplete) election night count favors him, and then launches legal maneuvering to force states to stop counting mail-in ballots, papered over with some feeble pretext about the fraud the president himself keeps encouraging his own supporters to commit. Thanks to post-2010 gerrymandering, Republicans control both houses of the state legislature in nearly every contested state, and the president would presumably direct them to pass laws certifying Trump's slate of electors, even if updated counts show Democratic candidate Joe Biden ahead. Et voila, a second Trump term.

Mail balloting procedures are fully legal in all states that use them, so asking Republican legislatures either to stop the counting of ballots cast under agreed-upon procedures, or to certify a totally different winner than the people chose, is nothing short of extra-judicial election theft. It should not ultimately be a legal question. And in a healthy democracy, these efforts would not come before the courts at all nor should they be casually floated by a sitting president as the plan. Any attempt to do so is no different than having Biden and his vice presidential pick, Kamala Harris, abducted and dropped out of a helicopter. A slightly better ending for the two of them, I suppose, but the functional outcome for the rest of us would be identical: an election stolen brazenly by unapologetic authoritarians who would no longer have any check whatsoever on their rule.

Read More: Most recent US elections have had an international event as the October Surprise.

But the invidious plot that Republicans are hatching in plain sight has multiple legal problems. The first and most obvious is that state legislatures play no clear post-election role in certifying slates of electors from the states. While state electoral laws and procedures are written by legislatures, they cannot simply change the law without the cooperation of the governor. The critical swing states of Pennsylvania, North Carolina, Michigan, and Wisconsin have Democratic governors who would not sign any such legislation, and many key battlegrounds also have Democratic secretaries of state. It is that chief election officer, a Democrat in all four states above plus Arizona, who administers the election and prepares the paperwork for the governor to send to Congress. 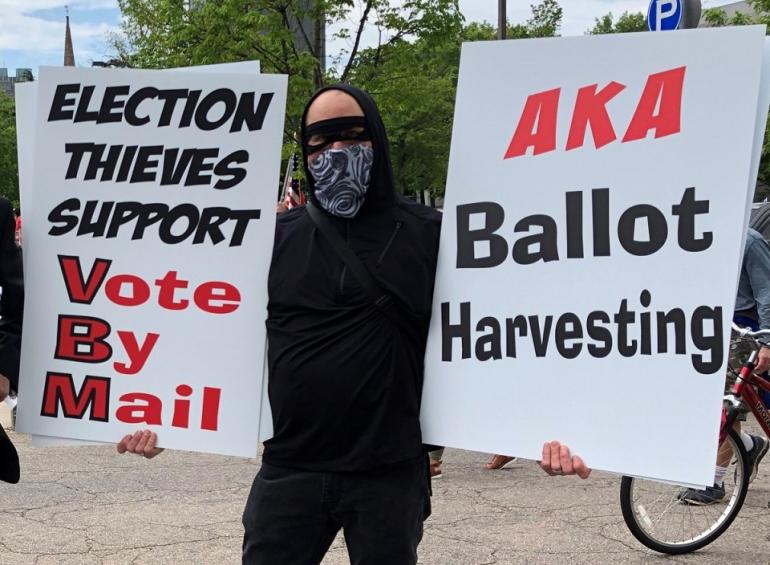 This is not to say that they might not try anyway, but they would have minimal legal basis for the effort. If Biden and Harris are ahead in the vote, or even if Republican saboteurs maliciously tie everything up in court until the "safe harbor" deadline six days before the electors are supposed to meet in their respective state capitals on December 14th, those Democratic governors can simply certify the Biden/Harris slate. On the other hand, any scenario that involves a close election in Florida, with its Republican legislature and governor, is one where state Republicans could potentially rewrite the law or certify Trump's slate of electors even if the election results show Biden and Harris ahead.

But that's not the end of the story. America's election process has one more truly Byzantine step. On January 6th — three days after the new Congress is sworn in (but two weeks before the new president and vice president take office) — the House and Senate gather in a joint session to count and certify the results sent by the states. Let's say it all comes down to Wisconsin, which Biden has won by 13,000 votes, and Democratic Governor Tony Evers sends the Biden/Harris slate to Congress to be counted. But the GOP state legislature attempts to certify (again: with no legal basis whatsoever!) the Trump/Pence slate and send their own electors to D.C. Or perhaps the GOP-dominated state supreme court orders the Trump/Pence electors be certified, but Evers refuses to comply and sends his own.

Vice President Mike Pence will still be the president of the Senate no matter who wins the chamber in November, and the law requires him to open all certificates during the joint session — even those "purporting" to be certificates. (Don't get any ideas). So what happens? That could depend on who wins the House and Senate on November 3rd. There might be Democratic majorities seated in both the House and the Senate. Or, Democrats could hold the House but fall short in the Senate. Any scenario where Democrats lose the House and Senate is one where Trump has won convincingly without having to stage a coup, making this whole scenario moot. There will also likely be two Republican Senate vacancies in Georgia after potential runoffs on January 5th, complicating Republican efforts to certify fake election results should they keep the Senate.

An objection can be made to any state's results with one vote in the Senate and one vote in the House, triggering full votes in both chambers on which slate to accept. Democrats in the Senate and House could vote jointly to certify the Biden/Harris electors, and that's probably the end of the story. But if control of Congress is split, presumably the House and Senate would vote for different slates. The text of the Electoral Count Act reads, "if the two Houses shall disagree in respect of the counting of such votes, then, and in that case, the votes of the electors whose appointment shall have been certified by the executive of the State, under the seal thereof, shall be counted." In the event that, in our example, Evers certifies one slate and the GOP-led Wisconsin Supreme Court rules for another, it could end up before the Supreme Court no matter what Congress does.

Suffice it to say there is legitimate disagreement about how some of these rules would be interpreted and very little case law to offer guidance. Instead of gaming out every possible wild scenario, let's step back from this constitutional maze for a moment and consider first how unlikely this all is.

Read More: Biden or Trump, no guarantee of a post-Brexit U.S.-UK trade deal

It would require another achingly close election in a tipping point state, or perhaps more than one. Based on today's polling, that seems remote: The Five Thirty Eight average has Biden up 7.3 points and ahead comfortably in enough states to get to 270 Electoral Votes. The Trump team's glee at the prospect of stealing the election likely means that many more Democrats will vote in person and reduce the salience of mail balloting. Some of them will contract coronavirus, some may even get sick and die, but I guess that's the cost of winning an election in Trump's America. 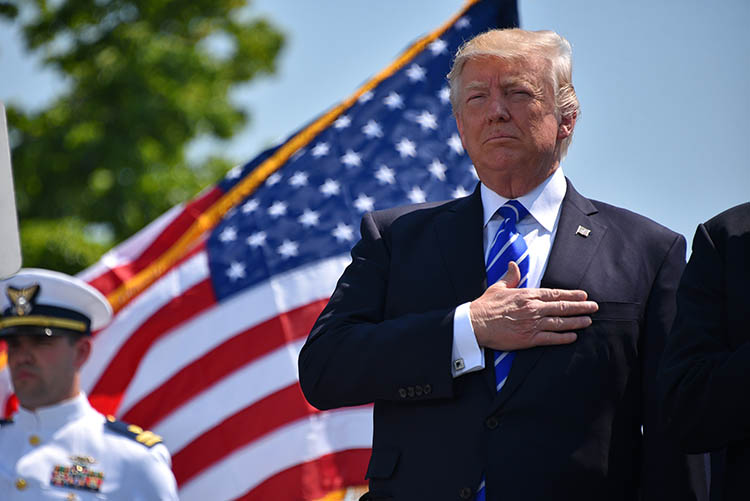 It would further require state election officials to count the ballots so slowly that right-wing legal chicanery might work, even though there are now very clear incentives to do it as fast as possible. It would require multiple courts to endorse some pretty nakedly dictatorial maneuvering, and even with a 6-3 Supreme Court majority, it is not clear that Justices Neil Gorsuch and John Roberts in particular would go along with such an outrageous plan. It requires Republican state legislators to be willing to overturn the will of the electorate — to announce, in effect, that they have suspended democracy. It then requires Republicans to, at minimum, hold the Senate and in some scenarios, to recapture the House to carry this plot to completion.

Is it unthinkable? Absolutely not. But the cost would be stratospheric. It is one thing if Trump wins the Electoral College while once again losing the popular vote, a nightmare outcome that would further erode the legitimacy of democracy and would likely lead to some half-serious talk about secession. But if Republicans halt the counting of perfectly valid ballots and have their gerrymandered state legislatures try to illegally pick GOP electors when it is obvious that Biden has won, and if congressional Republicans go along with this despicable madness, it will break this rapidly unraveling country in two. There will be massive protests in every city. Those half-serious calls for secession will instead be actual bills passed by legislatures in blue states from coast to coast. There will be general strikes and tax strikes and debt strikes. It will make our long summer of discontent look like Sunday Funday. And as much as many of us might fantasize about a velvet divorce, the reality of this heavily armed country tearing itself apart after nearly a year of isolation and sickness and fear would be violent and disastrous.

Is this how Republicans want to win? By retaining control of a country that their own selfishness and fear of the electorate has shattered? Is there no national Republican willing to take a stand and repudiate the president's scheming? I think I know the answer to that question, unfortunately. And it means that Joe Biden and the Democrats need to have more than lawyers on retainer to fight court battles.

They need to wargame the aftermath of a stolen election, and their play better not be to roll over and take it. The rest of us, meanwhile, can do little more than our part to make sure the election isn't close at all.