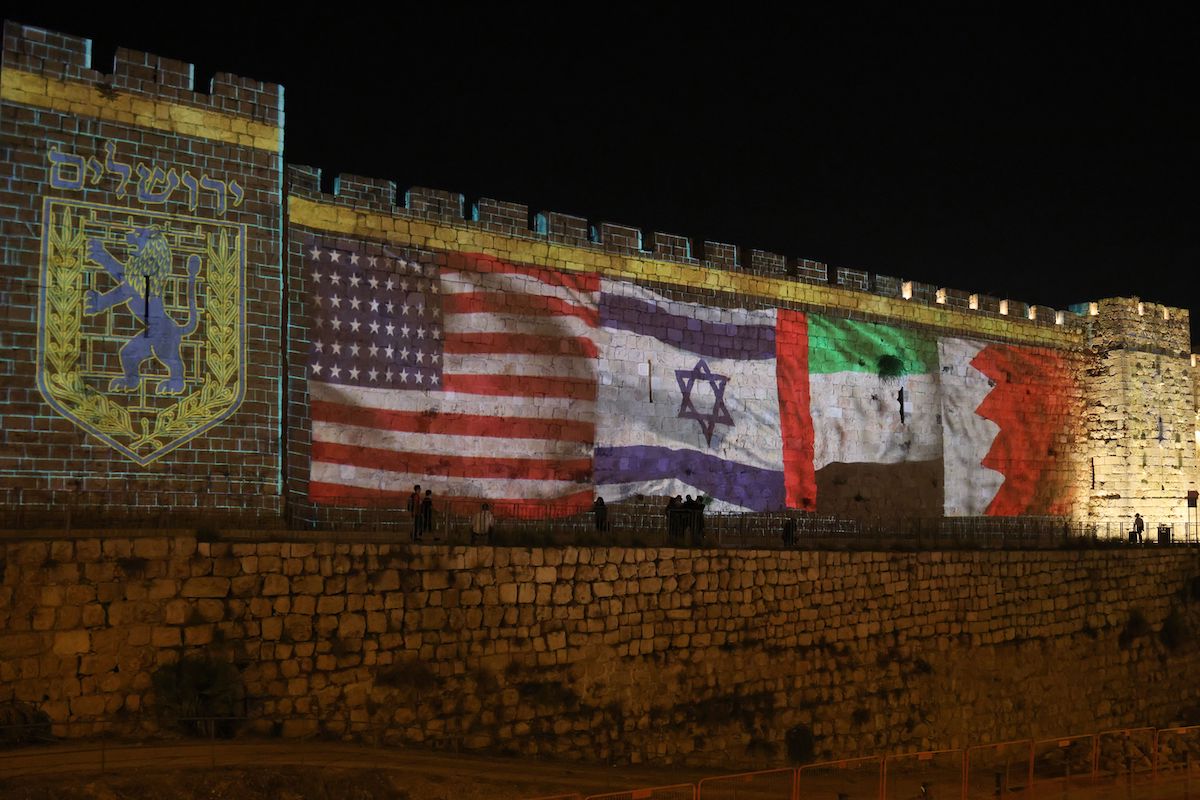 Emirati companies have signed contracts with Israeli firms and banks blacklisted by the United Nations (UN) for supporting illegal settlements in the occupied West Bank, an investigation by Anadolu Agency revealed on Wednesday.

In February, the UN released a database of 112 companies on its blacklist for doing business inside Israeli settlements in the West Bank.

On 13 August, the United Arab Emirates (UAE) and Israel announced a US-brokered agreement to normalise their relations. The move was followed by a series of announcements on agreements and contracts between companies from both countries.

However, Anadolu Agency found that some of the deals struck between the two sides included Israeli companies and banks on the UN blacklist.

Among the contracts announced by Emirati media was one struck with Bank Leumi, one of the banks on the UN blacklist.

Read More: Sheikh Abdullah bin Zayed: support for the Palestinian cause is unwavering

Bank Hapoalim, another Israeli bank blacklisted by the UN, has reportedly signed a memorandum of understanding with Emirates NBD, an agreement celebrated as the first between Israeli and Emirati bankers, according to Emirati media outlets.

The agreements that UAE companies have signed with blacklisted Israeli companies were not limited to banks. The Abu Dhabi Film Commission (ADFC) announced that it has reached an agreement with the Israel Film Fund (IFF) and the Jerusalem Sam Spiegel Film & Television School (JSFS), for promoting tolerance and cultural cooperation between the Emirati and Israeli people.

The IFF is supervised by the Israeli Ministry of Culture and the Israel Film Council.

In November 2019, Israeli newspaper Haaretz announced that the IFF approved the establishment of three new cinema funds, including one in the occupied West Bank settlements.

Many international companies have suspended their dealings with their Israeli counterparts on the UN blacklist for fear of being prosecuted by the International Criminal Court (ICC). The ICC is expected to soon decide on launching a criminal investigation into alleged war crimes committed by Israel in the occupied Palestinian territories.

Palestinians have long called for an immediate halt of dealings with the blacklisted Israeli companies.

Jews in Bahrain Welcome Peace with Israel, Hope to Reunite with Families